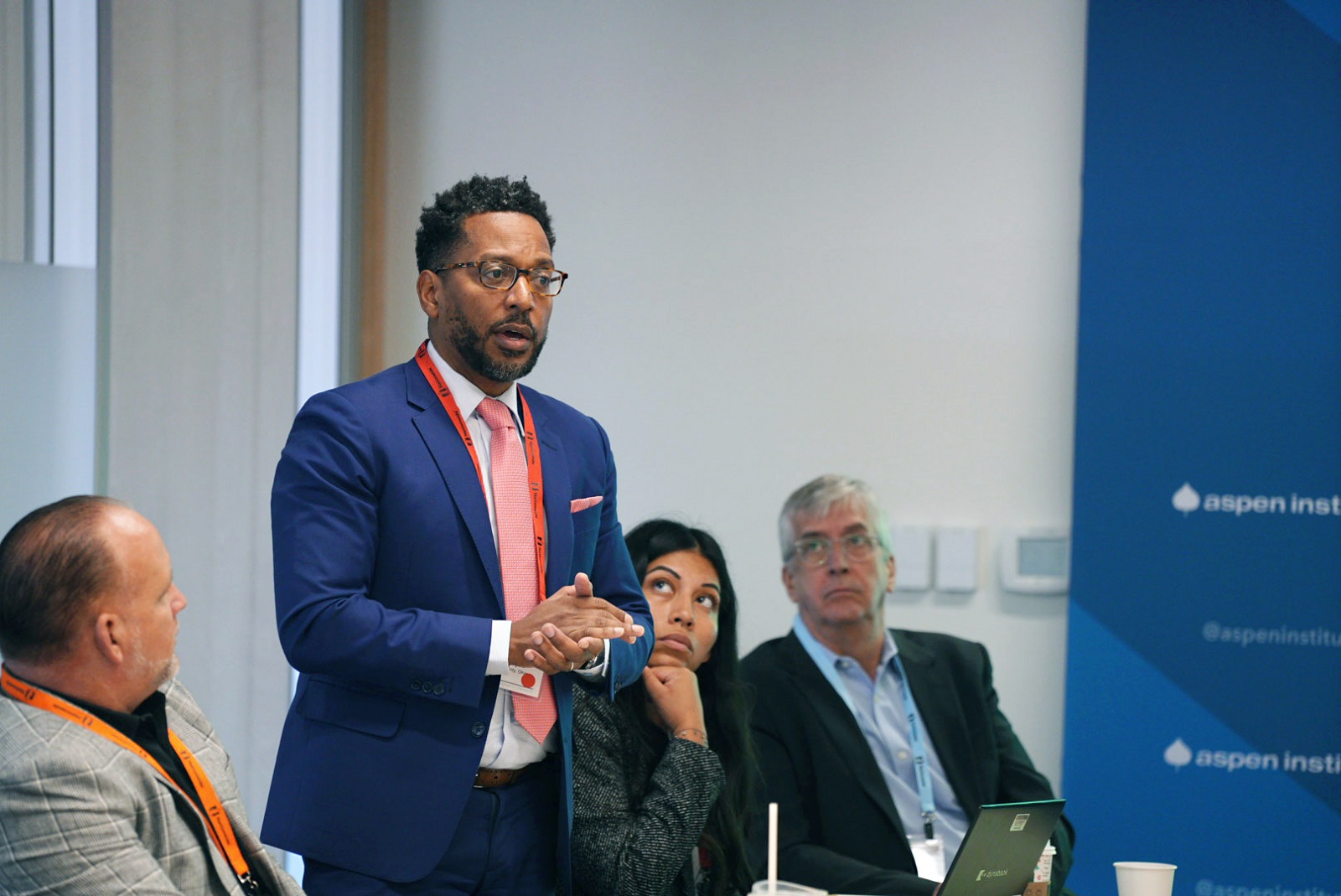 Franklin County, Ohio Commissioner Kevin Boyce makes a point Nov. 17 to members of a NACo task force on affordable housing; they gathered for their first meeting in Washington, D.C. Photo by Hugh Clarke

NACo’s Housing Task Force, composed of 30 county leaders from across the country, gathered Nov. 17 in Washington, D.C., to kick off the task force’s nine-month pursuit to address the nation’s housing affordability and housing security crisis.

At its first meeting, the task force outlined its goals and determined top county housing issues. They will gather again in-person in February, May and July to research and conduct case study interviews, leading up to the release of a report of its findings at the NACo Annual Conference in Travis County, Texas.

Boyce said before the first meeting that he’s eager to get to work on the task force, particularly for the opportunity it will provide counties to exchange ideas and efforts to tackle the housing crisis together.

“A lot of times, when it comes to affordable housing in a county, you look to the urban center as the only place where you can build affordable housing for low-income residents and sometimes it becomes a concentrated effort in your core city,” Boyce said.

“What the county has done is said, ‘Let’s look at this regionally and let’s look at sort of spreading the peanut butter if you will, so that some of our suburb partners and some of our townships can also provide affordable housing to their residents so we can create diverse communities economically and geographically throughout Franklin County, so no matter what part of town you want to live in, you can access quality and affordable housing.”

Although programs like Magnet Fund help, Boyce said the county’s population growth has highlighted how much of a priority housing affordability, quality and supply needs to be and why something like the task force is so important.

“Today, we’re 50,000 units short on affordable housing, and if we don’t get those, we’re going to create an environment that can’t flourish where our residents can’t thrive,” he said. “So, housing to us is a basic and core need that we have a responsibility to try to address as we grow.”

Maupin has also done considerable work toward finding solutions for affordable and secure housing, including helping form the West Central Mountains Housing Trust, which builds workforce housing in New Meadows and Valley County in Idaho. Valley County is what Maupin calls a “resort community,” where pricing has increased so rapidly that it’s left out locals and the county’s workforce, she said.

“These are our teachers, our firefighters, our police officers. Those who actually are middle class are really struggling, so housing is important. It’s a labor shortage issue, it’s child endangerment and safety issues — living in RVs — people shouldn’t have to do that.”

At the first meeting of the task force, Chris Herbert, the managing director of Harvard University’s Joint Center for Housing, discussed market trends and drivers, alongside Sarah Brundage, a senior advisor on housing supply and infrastructure at the U.S. Department of Housing and Urban Development.

The two led discussions on federal solutions that can support counties in fostering housing affordability.

“NACo is uniquely positioned to host this task force because it really gives us a little bit of everything in our country, in terms of communities that need to address a problem,” Boyce said.

“I’ve not been to a city or county or state that hasn’t had to address this issue or think about it in a broad way. So that, to me, is something that NACo is going to really help with in this conversation — it’s going to be really important work.”