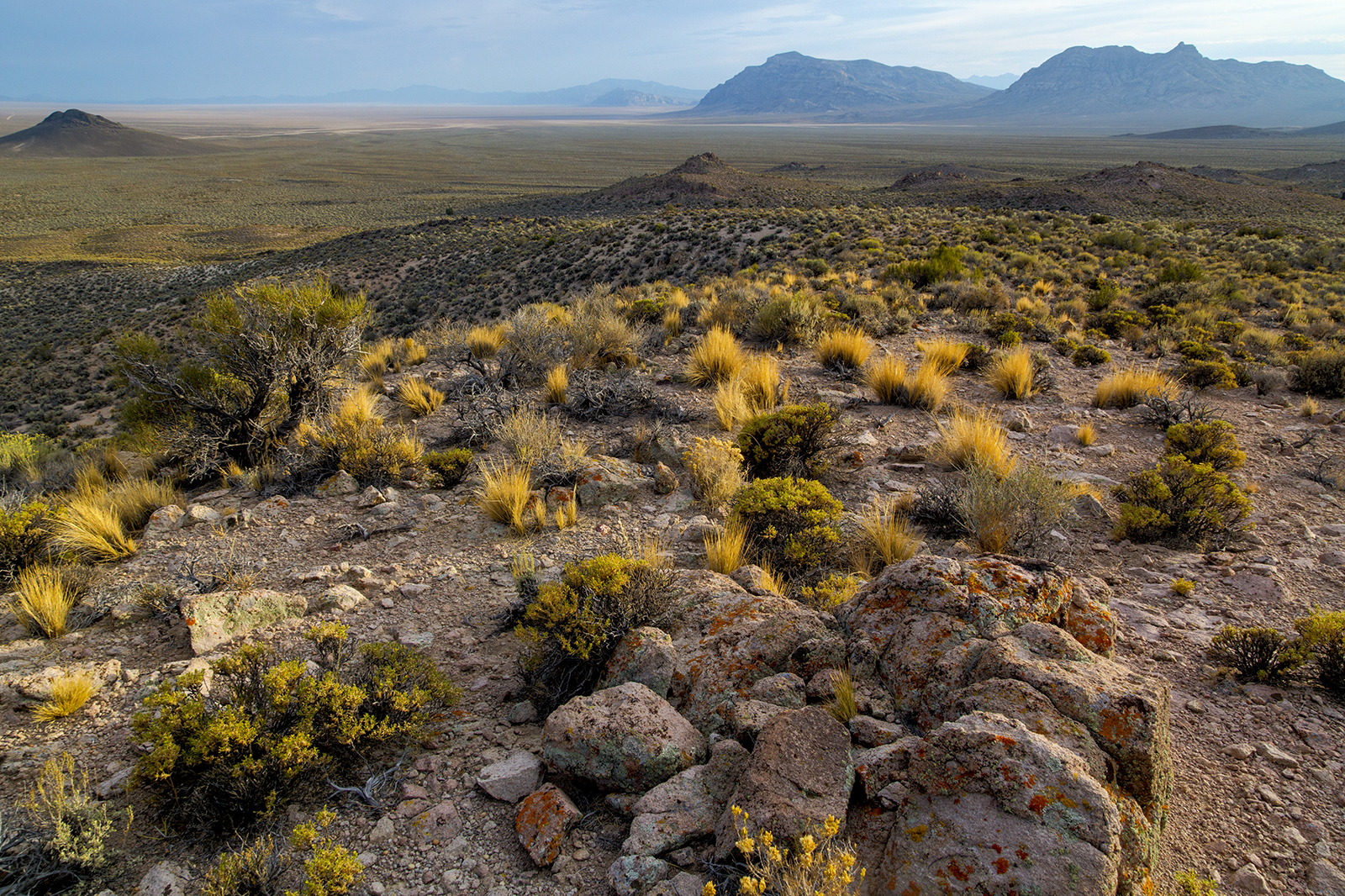 Interior Secretary Ryan Zinke’s ongoing review of national monument designations is giving Western counties an opportunity to provide input on their boundaries — which they say they lacked before. It’s also an opportunity to address the use of the Antiquities Act of 1906, which gives the president the power to unilaterally restrict land uses to hiking and hunting or fishing.

Zinke will deliver his recommendations to President Trump on Aug. 24, but has, in the interim, announced he would advise no changes to two monuments in Washington and Idaho. Public comment on the review closed earlier in July, garnering more than 1.4 million comments.

While much of the attention around the Antiquities Act has focused on President Obama’s late-term designations of Bears Ears in Utah, Lincoln County, Nev. is hoping to make the case to Zinke for cutting back the Basin and Range National Monument, most of which falls within its borders. Basin and Range was designated in 2015 and was described by the Las Vegas Review-Journal as “one of the emptiest spaces in a state famous for its emptiness.” County officials insist that within the emptiness lies potential for economic development, now dashed by the designation.

The monument prevents development of a rail line to the proposed, but currently dormant, development of a nuclear waste storage facility at Yucca Mountain, in Nye County, which local communities support but the state opposes.

“The rail corridor alone would generate close to $12 million a year in personal use tax,” said Commissioner Varlin Higbee. “Another thing is that jobs that would come with it. Wherever they take the train off of the line, they want to put in a cask (for the waste) maintenance facility and a place where they actually build the casks. So, you’re looking at 200, 300 support jobs that come with the train and those kinds of jobs build a community.”

Though some mining and grazing operations can be grandfathered into monument designations, Lincoln County Public Lands Manager Connie Simkins said that hasn’t been the case.

“A little bit over 12 percent of our county is taken out of multiple use, and this county is a resource-based county — mining and ranging. The county is 97 percent federally-managed land, 232,000 acres out of 6.8 million that are private property that are available for our commissioners to set taxes on to run the county government and services.”

The monument’s 705,000 acres made up 6 percent of the county’s 6.8 million total acreage. Roughly the same acreage was already protected by the wilderness designation that preceded the national monument. Zinke is visiting Lincoln County in late July.

“Not once were representatives from Lincoln County contacted for our opinion or conversations related to the matter,” said Commissioner Kevin Phillips, outlining NACo’s and the Nevada Association of Counties’ position on the Antiquities Act, which President Obama invoked in Basin and Range’s creation after legislation to do so failed. Phillips is president of the state association.

“Lincoln County is on record for years opposing another wilderness designation within the county.

“We’d like to eliminate it if possible, or shrink the footprint. The true antiquities are already inside a wilderness area and protected to the nth degree and it puts on another layer of BLM management.”

Lincoln County’s proposed boundaries for a smaller Basin and Range include three sites, one of which falls south of the current boundaries.

That, Phillips said, would fall closer to the wording in the Antiquities Act, which says monuments should be “confined to the smallest area compatible with proper care and management of the objects to be protected.”

The antiquities within the monument include Native American rock art, several mountain ranges and some modern art, under a conservation easement by the Los Angeles County Museum of Art. Four wilderness areas, totaling 123,000 acres, currently protect those sites, and the county praises the BLM’s funding and staffing.

In a letter to Zinke, NACo Executive Director Matt Chase supported the department’s monument review, and emphasized NACo’s position that special use designations should require the support of county officials, to avoid “major controversies that sow distrust between citizens and the federal government.”

“Oftentimes, counties and local governments find themselves shut out of the process in land management decisions. Monument designations made without local government input and approval generate significant controversy, and can cause economic hardship for communities if historic land uses such as grazing, mining, energy development, timber production, and recreational activities are restricted.”

Designations in Wyoming and Alaska require congressional approval, which Nevada’s state association hopes to achieve. An issue paper published by the association in June 2017 lays out the problems, on principle, with the monument designation process and preliminary legislative action, including stakeholder meetings held 100 miles from affected residents and lack of representation by Lincoln and Nye county officials. The paper does praise the 2000 and 2004 wilderness designation processes in Lincoln County as test cases that demonstrate adequate local engagement and federal funding for management.

During his monument review, Zinke has suspended meetings of the Resource Advisory Councils, 38 volunteer-led sounding boards in Western states that include local officials, which has shut out many county officials who serve on those committees.

But, for an hour or so, a few county officials will have his ear.