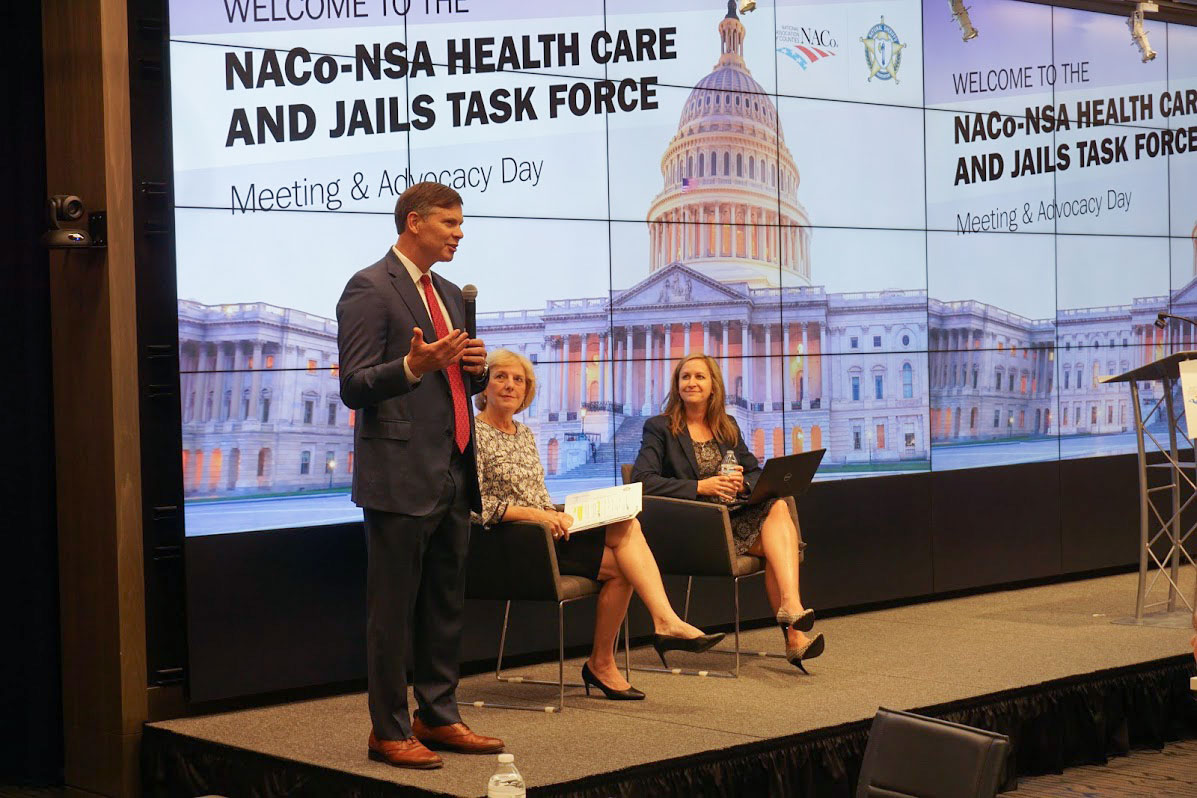 In order to filter by the "in queue" property, you need to add the Entityqueue: Queue relationship.
NACo-National Sheriffs' Association Task Force members assembled in Washington, D.C. to plan strategy for addressing the Medicaid Inmate Exclusion Policy.

County officials and sheriffs pushed for legislative action to improve health care services in local justice systems for pre-trial detainees during a visit last week to the nation’s capital.

Members from the National Association of Counties (NACo) and the National Sheriffs’ Association (NSA) Health Care in Jails Task Force met Oct. 8 and Oct. 9 at NACo headquarters to explore ways to bring awareness to the Medicaid Inmate Exclusion Policy, a federal policy that removes federal health and veterans benefits from individuals as soon as they are admitted to jail.

“This is not just to identify the issues, but really to focus on solutions,” she said. “I think most of us don’t want to be spending time going to more meetings without offering solutions.”

Renee Danser, associate director of research and strategic partnerships at Harvard Law’s Access to Justice Lab, facilitated the discussions which ranged from pre-trial populations in jails, health care services and expenses, recidivism rates and the type of community support provided by counties for justice-involved individuals before and after they are incarcerated.

He said in anticipating this change, the county has limited bail, which has resulted in a decrease of the pre-trial population by 50 percent in one year.

“We have incredible results in the decreasing numbers of individuals who are being held pre-trial now,” he said.

In addition to bail reform, members discussed challenges faced with collecting accurate data, such as determining the number of veterans who are incarcerated.

Past President of the National Association of County Veterans Service Officers Ed Zackery said he finds veterans are one group that when released from jail, can be immediately connected to other services.

“The better the data we can collect, the more we can do to help these groups,” Zackery said.

Task force members also identified strengths, weaknesses, opportunities and threats during an analysis of the relationships between local law enforcement and local government.

The analysis focused on establishing best practices for jail inmates and continuums of care.

Attendees of the meeting reiterated challenges with data when it comes to having too much or too little to “harmonize the data and humanize the action.”

Other challenges identified were public perceptions, lack of messaging for the public, funding constraints, negative media, siloed government agencies and community capacities such as not having enough professionals to provide care to inmates.

NSA Staff Liaison Carrie Hill reviewed legal strategies with task force members ahead of the task force’s visit to Capitol Hill for an advocacy day. With this framework in mind, task force members visited Congressional offices to explore the path forward for legislation that would improve health care access in jails.

NACo and NSA are working with House and Senate staff to introduce bills that would improve care continuity for pre-trial detainees through repeal of the Medicaid Inmate Exclusion Policy.

The task force concluded that it’s necessary to convey to members of Congress that “these are not convicted felons, these are people accused of crimes that just got in the system and have not been convicted of anything.” 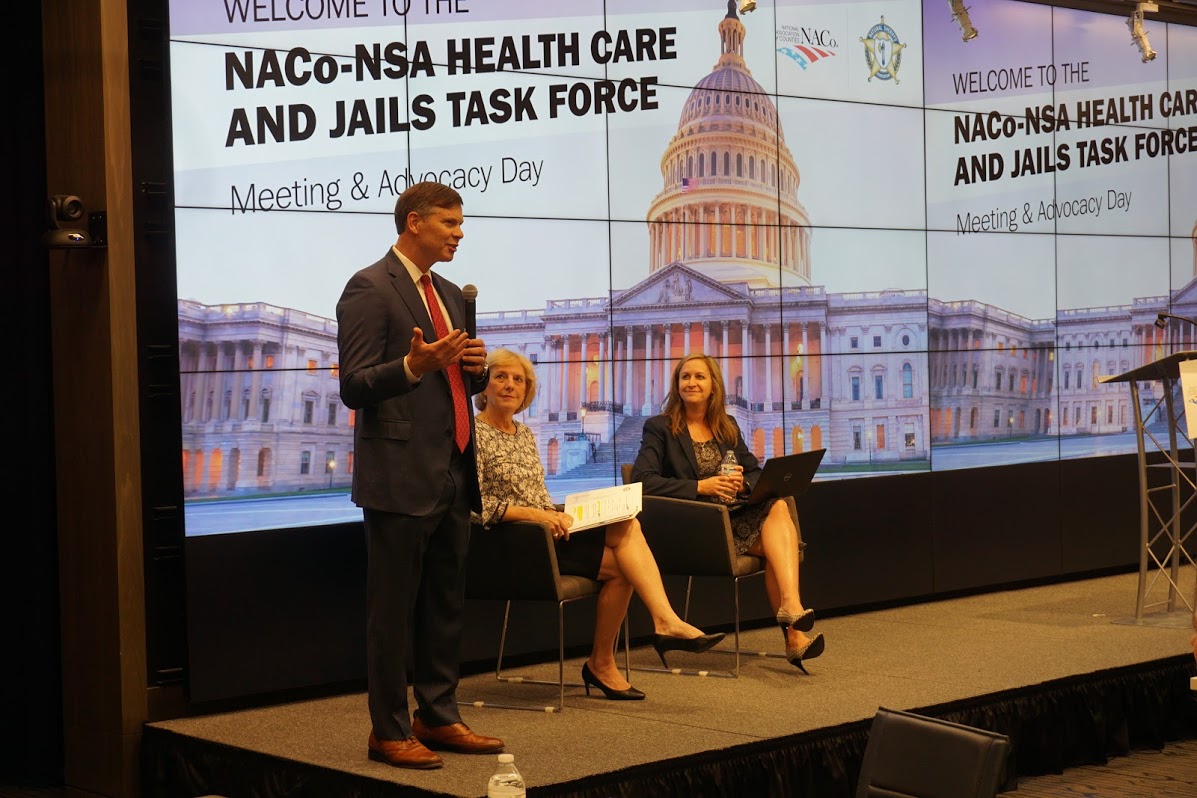