NACo responds to president’s State of the Union address 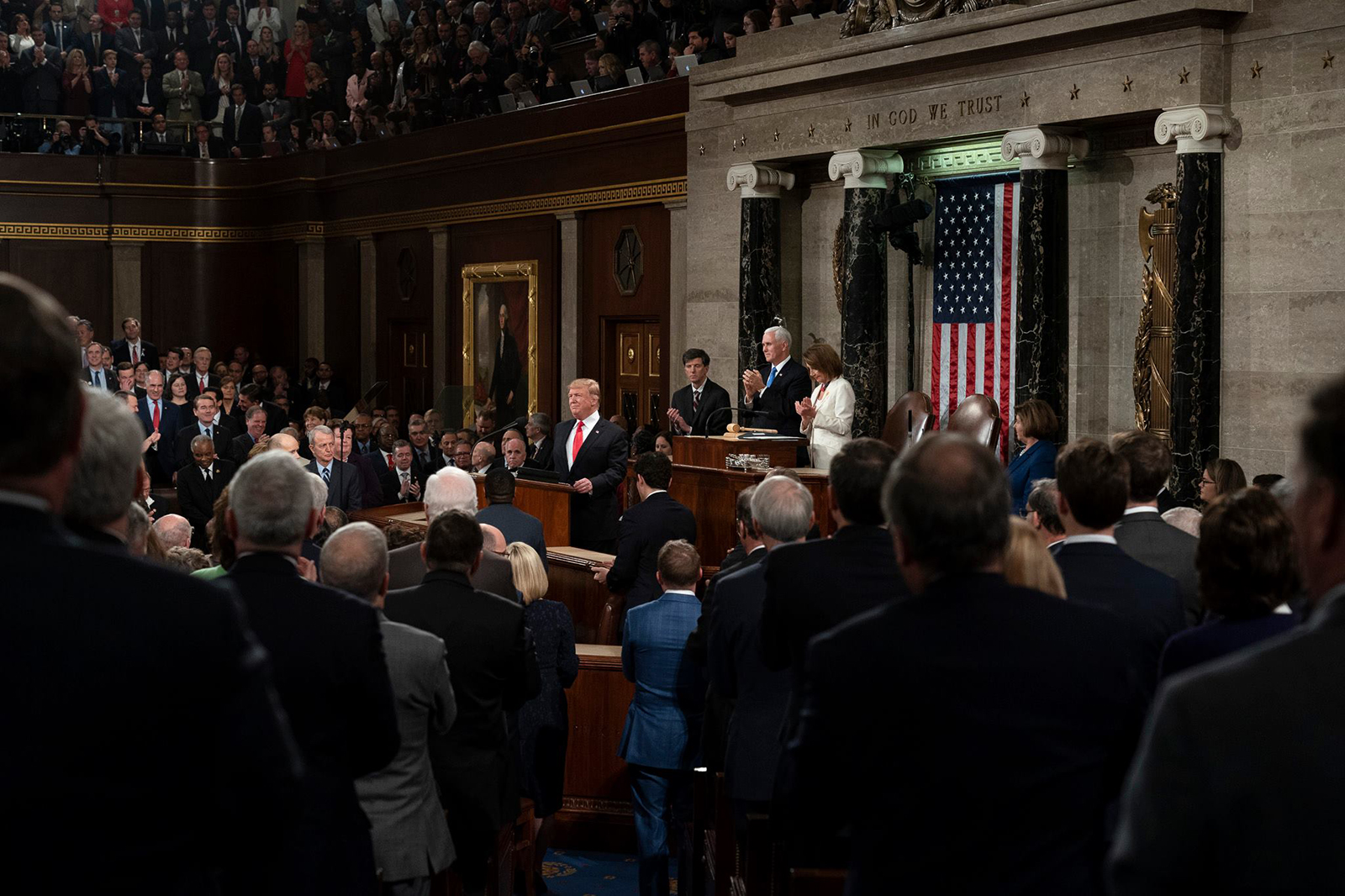 President Trump arrives for the State of the Union Dec. 5. Photo courtesy of the White House.

In order to filter by the "in queue" property, you need to add the Entityqueue: Queue relationship.
NACo's Matt Chase echoes president's State of the Union remarks: "One of the greatest opportunities for bipartisan action at the federal level is reinvesting in America’s infrastructure"

Passing legislation in the 116th Congress to rebuild the nation’s infrastructure is “not an option, it’s a necessity,” President Trump said Feb. 5 in his State of the Union address before Congress.

“Both parties should be able to unite for a great rebuilding of America’s crumbling infrastructure,” he said to applause.

County officials across the country were likely cheering that statement as well.

NACo Executive Director Matt Chase, in NACo’s official response to the annual address, echoed the president’s remarks. “One of the greatest opportunities for bipartisan action at the federal level is reinvesting in America’s infrastructure,” he said. “For counties of all sizes — rural, urban and suburban — infrastructure is at the top of our priority list. This includes advanced broadband, water infrastructure and workforce housing.”

Trump’s speech was delivered before a joint session of Congress and watched by nearly 47 million people on the heels of an unprecedented partial shutdown of the federal government that was not mentioned by the president.

In addition to infrastructure, Chase noted an “endless” laundry list of other priorities for counties, such as the growing substance abuse epidemic and widespread disaster recovery, which “need a reliable federal partner.”

“We are on the front lines of serving our communities, providing key services like emergency 911, law enforcement, health, human services, community development, infrastructure and more,” he said. “We need a steadfast federal partner to pursue our shared goals and seize the opportunities ahead.

“America’s counties are strengthening our communities every day. We look forward to continuing to work with the Trump Administration and Congress as we build stronger counties that result in a stronger America.”

State of the Union video