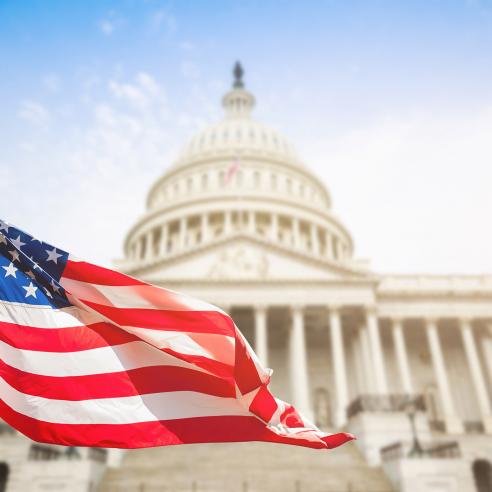 COUNTIES OWN 46 PERCENT OF ALL PUBLIC ROAD MILES

COUNTIES OWN 38 PERCENT OF THE NATIONAL BRIDGE INVENTORY

NACo supports sensible measures that promote and advance the overall safety of the public. Within this context, we also support new policies and approaches that would enhance the ability of county officials and our partners to prevent and treat mental health and substance use disorders, both in the community and within the confines of the criminal justice system. Furthermore, NACo supports policies and programs that divert non-violent individuals struggling with mental illness and/or substance use disorders from local jails into more appropriate treatment programs. NACo also supports legislation requiring states to suspend, rather than terminate, an individual’s eligibility for certain federal health benefits upon arrest, including Medicaid and veterans’ benefits.

APPROXIMATELY 8.5 MILLION ADULTS HAVE BOTH A MENTAL HEALTH AND SUBSTANCE USE DISORDER

10.6 MILLION INDIVIDUALS CYCLE IN AND OUT OF MORE THAN 3,000 LOCAL JAILS EACH YEAR

20 PERCENT OF JAIL INMATES HAVE A SERIOUS MENTAL ILLNESS

COUNTIES OWN AND SUPPORT 903 HOSPITALS AND OPERATE 1,943 LOCAL HEALTH DEPARTMENTS ACROSS THE COUNTRY

NACo supports the deployment and availability of emerging technologies, such as small cell 5G, to all areas of the nation to ensure equitable economic and educational opportunities for all. By preserving the long-standing, existing local zoning authorities of counties and other local governments in the deployment process, counties can ensure that the public interest is being served by communications providers regardless of the delivery platform. County officials can also fulfill our responsibilities as trustees of public property and as protectors of public safety and welfare during this deployment process. NACo urges Congress and federal agencies to recognize counties as co-regulators, providers and partners in extending the benefits of advanced telecommunications and broadband technology — including improvements to county emergency preparedness and response systems — to all Americans. Federal policymakers should support local decision-making and accountability of local elected officials and should oppose any actions that would preempt or limit the zoning and siting authority of local governments.

In rural areas, just 68.6% of residents have access to high-speed internet access via both fixed wireless services and mobile LTE broadband

61.6 percent of counties have federal land within their boundaries

Support Implementation of the Farm Bill:

NACo supports the recent long-term reauthorization of the Farm Bill that will help counties provide critical investments in our nation’s most under-served communities. As part of the Farm Bill implementation, NACo supports full funding for all Farm Bill titles, which help strengthen our nation’s rural infrastructure (including broadband and water and wastewater systems), protect our nation’s food supply, increase access to healthy food for low-income populations through the Supplemental Nutritional Assistance Program (SNAP) and promote environmental stewardship and conservation.

IN 2017, MORE THAN 40 MILLION INDIVIDUALS RECEIVED SERVICES SUPPORTED BY SNAP

Establish a More Effective Definition of Waters of the U.S.:

NACo believes that local streets, gutters and human-made ditches should be excluded from the definition of “Waters of the U.S.” (WOTUS) under the federal Clean Water Act. NACo calls on Congress and the administration to develop and implement a new, more practical WOTUS definition in consultation and collaboration with state and local governments.

Promote Economic Mobility and Opportunity Across All Counties:

NACo supports federal investments and policies that help advance and leverage both regional and local strategies focused on serving those most in need, including those addressing the root causes of poverty. While national economic indicators are strong, many communities – defined both as geographic places and as certain demographics – lag the overall national performance. Counties are confronting increased demand and caseloads for workforce skills training, mental health and substance abuse treatment, public hospital services (including county-run hospitals and clinics), child protective services and elder care. At the same time, county goverments are increasingly burdened and restricted by mounting federal and state mandates, limitations and oversight. To meet these challenges, counties need a strong federal partner committed to achieving better outcomes through local decision-making, flexibility and accountability

COUNTIES INVEST OVER $58 BILLION IN HUMAN SERVICES EACH YEAR

TWO-THIRDS OF COUNTIES HAVE POVERTY RATES ABOVE THE NATIONAL AVERAGE