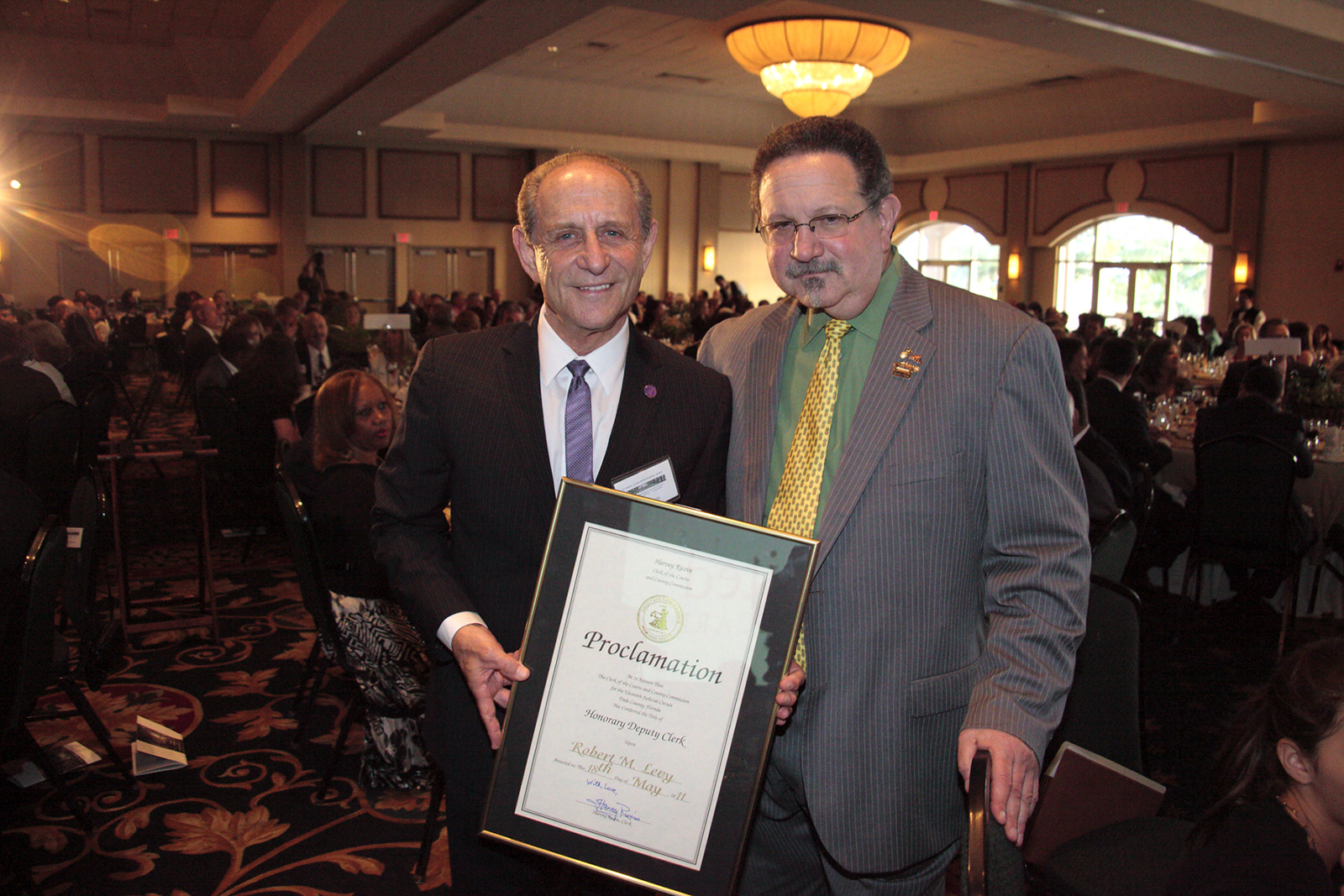 Even with 50 years of public service on his resume, Harvey Ruvin, former NACo president, prefers to look ahead. That’s where the challenge is.

And it’s why he isn’t thinking of slowing down anytime soon, at 80 and with 46 years of service to Miami-Dade County under his belt, the last 26 as the county’s clerk of courts.

Before that, he spent 20 years on the County Commission and served as NACo president in 1987 and 1988. He’s in charge of a 900-person staff with eight offices handling a wide range of record-keeping responsibilities for a county of nearly 2.5 million.

“The greatest challenge is always moving ahead,” he said, a sentiment that applies to technology and the environment, both of which have been strong themes throughout his career.

An environmental platform drove his 1972 campaign for the Miami-Dade County Commission — the restoration of 10 miles of eroded beaches. In addition to the economic benefits that come from a vibrant oceanfront, the 12-foot sand dunes create a barrier to a rising Atlantic Ocean.

“With South Florida becoming Ground Zero for sea level rise, the dunes act as a protector on the eastern side,” he said. “We’ll have to do a lot more, though.”

After five terms on the County Commission, Ruvin’s campaign for clerk of courts took a similar look toward the future, namely digitizing all of the office’s records and making computers the standard practice. His goal was to take the clerk’s office paperless — court records, real estate records, commission records. He faced resistance from staff members, entrenched in the school of thought that paper was the only medium that courts should be based on.

“I understood that, because optical scanning technology was still new, but it was possible,” he said. “We just had to demonstrate that it was more efficient and served the public better. We wanted to serve people online, not in line.”

The weather made that point for him. For a century, the county stored its records in the basement, and when heavy rains flooded the courthouse a few months into Ruvin’s tenure and soaked two shelves’ worth of paper records, the crisis became an impetus for change. Within a few years, the fourth largest judicial circuit in the country was digital.

Despite all the change he has seen and started in his career, Ruvin is relieved to still see in himself the candidate for North Bay Village mayor, who campaigned for Eugene McCarthy at the 1968 Democratic National Convention. “I’m proud that I entered public office as an idealist and 50 years later, I remain an idealist,” he said. “There’s tremendous satisfaction in public service because you can actualize your own concerns about people, about the environment, about the whole range of things. Most people go through their lives complaining about it, you have an opportunity to have an impact.” In addition to his work as clerk to the Miami-Dade County Commission, the commissioners have looked to Ruvin for guidance planning the region’s preparation for sea-level rise.

“This is an environmental challenge we’ll be facing over the next 30 or 40 years, and while climate change doesn’t respect county boundaries and it is a global issue, there are steps we can take to protect our county against its consequences.”

The county’s Sea Level Rise Task Force, for which Ruvin served as chairman, released a series of recommendations in 2014, chief among them a reinvention of the county’s infrastructure. That focuses on sewage and drainage systems, road and bridge replacement, flood protection, pump stations and measures to protect against erosion due to salt water, all designed to work together as a system, rather than being developed independently, as they had been over time. “It’s going to be very expensive, but much less expensive than FEMA coming in after the fact and handing out damages for a flooded community,” he said. “We have the time and the tax base, with the help of federal and state government, to do all the work, all the reinvention that we should do even if sea level rise wasn’t a factor.”

With challenges like that, Ruvin doesn’t see himself retiring, even after his current term as clerk ends in 2020.

“The challenge going forward for all of us in county government, whether it’s courts, elections, or public safety is to stay on the cutting edge as technology evolves exponentially,” he said. “Everything is evolving so quickly that the challenge is to make sure the plans you make today aren’t old school in a few months.”