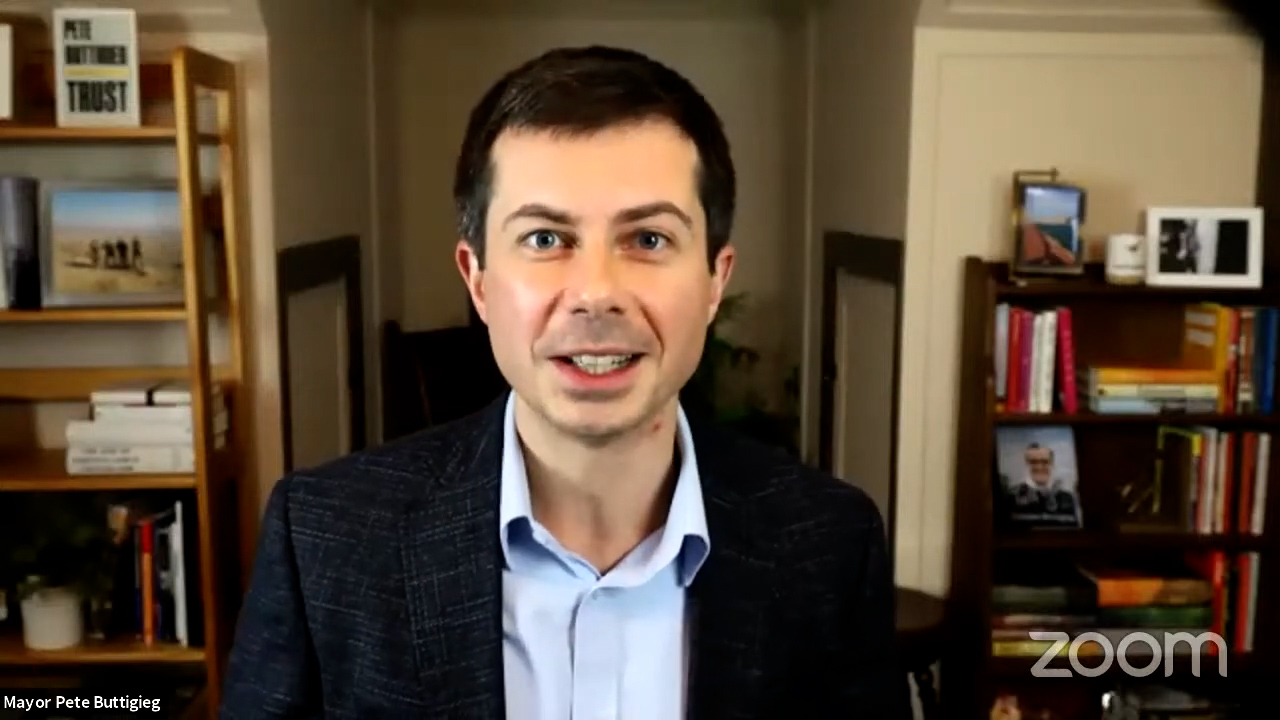 In order to filter by the "in queue" property, you need to add the Entityqueue: Queue relationship.
https://www.youtube.com/embed/3gcgWJnyrEg Pitching to NABCO and NOBCO, Secretary nominee Pete Buttigieg noted bipartisan enthusiasm for more infrastructure investment, but acknowledged past plans have ended up relying on local governments to pay.

Equity, climate and job creation should be considered when it comes to transportation and infrastructure policy, said Pete Buttigieg, President-elect Joe Biden’s nominee for Transportation Secretary, in a conversation with county officials Dec. 17.

Buttigieg, 38, the first openly gay Cabinet pick, was announced as Biden’s choice for the role Wednesday. “We selected Pete for transportation because the department is at the intersection of some of our most ambitious plans to build back better,” Biden said.

Harris County, Texas Commissioner Rodney Ellis, NABCO president, kicked off a Q&A with county officials and Buttigieg, asking him what he sees ahead.

“Upgrading grids, upgrading roads and bridges, preparing ourselves for the kind of rail and transit infrastructure that we need for the future is a question of jobs and a question of climate wrapped up together,” Buttigieg said.

“We also know how important equity considerations are, how important racial justice is as part of the stakes, both in climate and in jobs in climate…and many of your home regions have been examples of what’s at stake here,” he said.

Buttigieg noted that there’s bipartisan interest in investing in infrastructure. “There’s not a lot that parties can agree on in Washington right now,” he said. “But one area where there’s certainly bipartisan enthusiasm is the need to do more investment in infrastructure. And you know, in the past, Infrastructure Week has come to be treated as an annual punch line.”

“Sometimes you'll hear a lot of fanfare about the plan for how the federal government would lead on infrastructure,” he said. “And then when it comes to it, the plan turns out to be for locals to provide all the funding to do the work.”

“And we have an opportunity, I think, to, to do something different than we have, an opportunity to do something better,” he noted. “And in putting together this package, I would expect that there are going to be opportunities to find perhaps strange bedfellows across party lines, even as Washington remains so bitterly divided.”

Buttigieg also talked automation and innovation as well as getting federal dollars to local governments.

“I may not be the only one here whose mother has a much more sophisticated car than I do,” said Buttigieg, who noted that he drives a Chevy Cruze. “It has cruise control that is pretty straightforward. She has this car — it’s just like a spaceship. And it feels to me like it’s already halfway automated.”

“You mentioned the need to get our roadways and highways ready for that,” he said in response to a question from Wayne County, Mich. Board Commissioner Alisha Bell. “And I think that’s important because communities could risk being left behind if they are not among those that prepare…especially if, like you and me, are in a snowy area where you know optical technology may not be enough for a vehicle to orient itself in a failsafe way. You may need other kinds of physical resources there.”

As a former mayor, Buttigieg was in tune with his audience when it comes to making sure federal dollars reach local government. “Making sure that the voices of the neighborhoods which come through those who are elected at the local, municipal and county level, that those voices are heard and are heard directly, knowing that sometimes the ideas that carry the day and state capitals are just different, especially when you have the preemption issues that go on between state capitals and locals,” he said.

“And again, as mayor, I’m very attuned to that.”

He noted that he would be open to something similar to the Smart Cities Challenge grants, which was part of the toolbox for then-Transportation Sec. Anthony Foxx during the Obama administration.

“It’s basically an invitation to communities and regions, to compete directly for funding to support the innovation that they were doing,” Buttigieg said. “It just created a different channel that I think was so productive, not only for those lucky communities that won the dollars and the resources with the great ideas.”