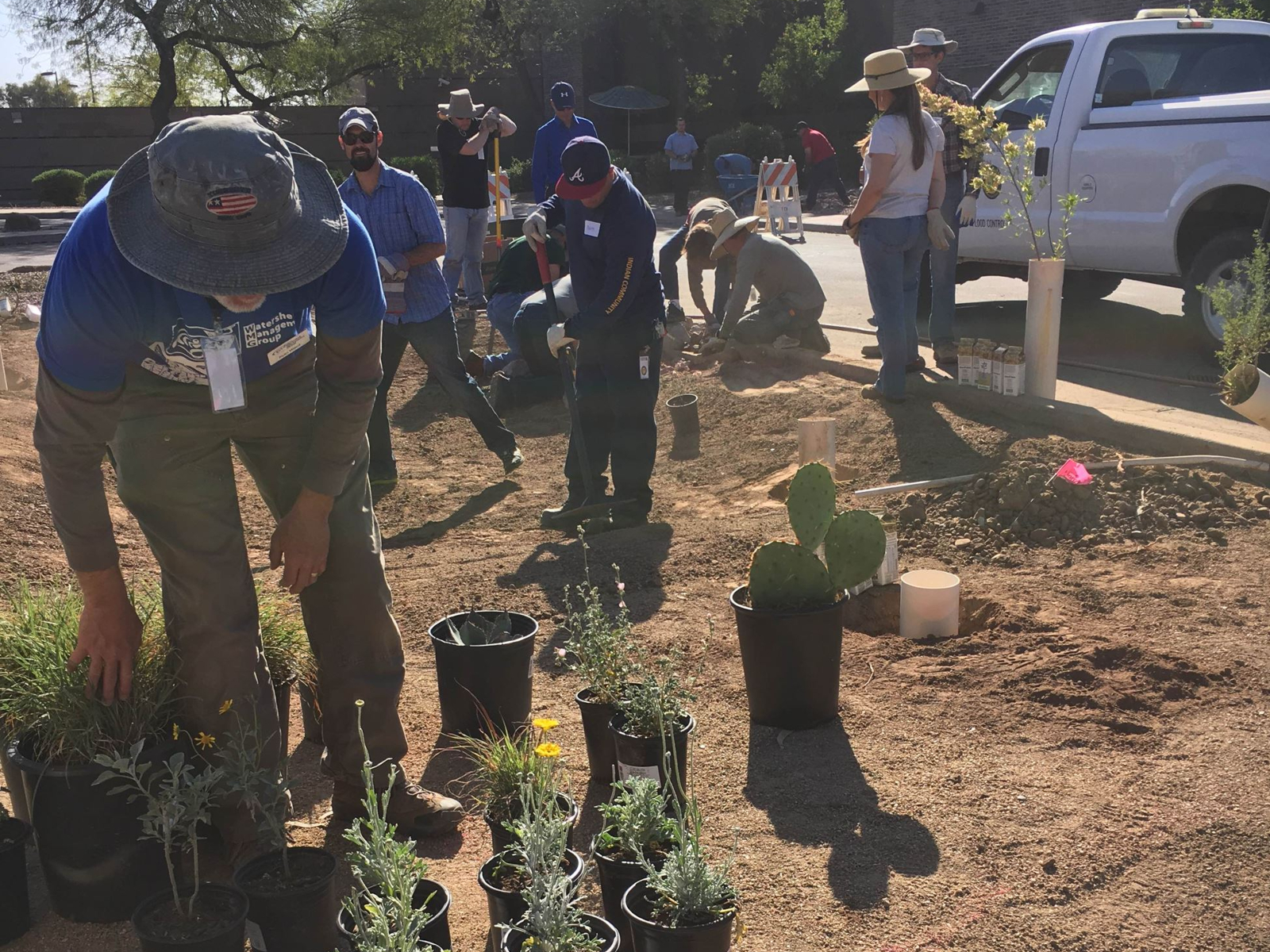 In order to filter by the "in queue" property, you need to add the Entityqueue: Queue relationship.
Maricopa County recognized stormwater as an important resource and established programs to use alternative water management strategies

The district in 2015 updated its mission statement to recognize stormwater as an important resource “for the long-term benefits of the community and environment.”

“It was a big deal when that mission statement was changed because it opened the door for the program, the branch and our ongoing projects under that,” said Nicholas Balik, Water Resources and Conservation planner.

The updated mission statement launched a new chapter for integrated stormwater and land management in the district and led to the creation of the Water Resources Program.

Started with the help of a staff intern, the program increases regional collaborations with public agencies to promote integrated water resources management as a component of flood risk mitigation.

“Instead of treating it [stormwater] as a nuisance, we’re trying to treat it more as a resource,” Balik said. “Because in the arid southwest, any type of water you have is extremely valuable.”

The program launched in 2016 and works with all municipalities within Maricopa County, the state and other regional agencies to find innovative ways to conserve water and find alternative stormwater management techniques.

Through the program, the flood control district produces documents for water resources management strategies and assists with education and outreach activities.

The district is working on multiple projects within the program. One, dubbed the Durango Retrofit, is looking to create a sitewide stormwater management system at the district’s administration building office.

The Durango Campus Landscape and Water Conservation Retrofit Feasibility and Costing Assessment is estimated to reduce 1.2 million gallons of potable water annually by updating landscaping and an aging irrigation system.

The goals of the retrofit are to reduce outdoor water use by two thirds, optimize stormwater runoff in the landscaping through green infrastructure and low-impact development practices and use highly drought-tolerant plant material on smart irrigation systems.

Balik said the district will turn the office campus into a living lab to collect long-term, quantitative data that can help with other implementations of green infrastructure and low impact development.

“We’re trying to take a massive county that has 86 various large structures conveying large amounts of stormwater, which inherently people see as a nuisance, and now we’re changing that paradigm to try to appreciate that water and find more inclusivity to that,” he said.

Construction for the retrofit will start next year.

The flood control district owns over 33,000 acres of land and has also begun a structure evaluation of its 104 structures for potential water conservation strategies and future retrofits.

Another project through the Waters Resources Program is a tall-pot nursery originally established in 2002. The nursery serves as a mechanism for re-vegetating disturbed sites after projects by using native plant material that’s drought tolerant.

More than 4,500 native tall pot trees are ready to be planted for revegetation efforts throughout the flood control district’s projects.

Balik said the plants save water because they need little to no irrigation to grow.

“Every day, we are creating models that focus on hydraulics and hydrology and we have to convey that water and direct it to protect people and property,” he said. “We have a responsibility to find the best use for that water.”

“It’s time to recognize that we live in response to nature, and we need to live with it,” Balik said. “As a public agency, we have a responsibility to be better and by constantly excluding nature from the equation, it’s making things worse.”

“There isn’t another option,” he said. “We have to figure out a way to work with nature.”