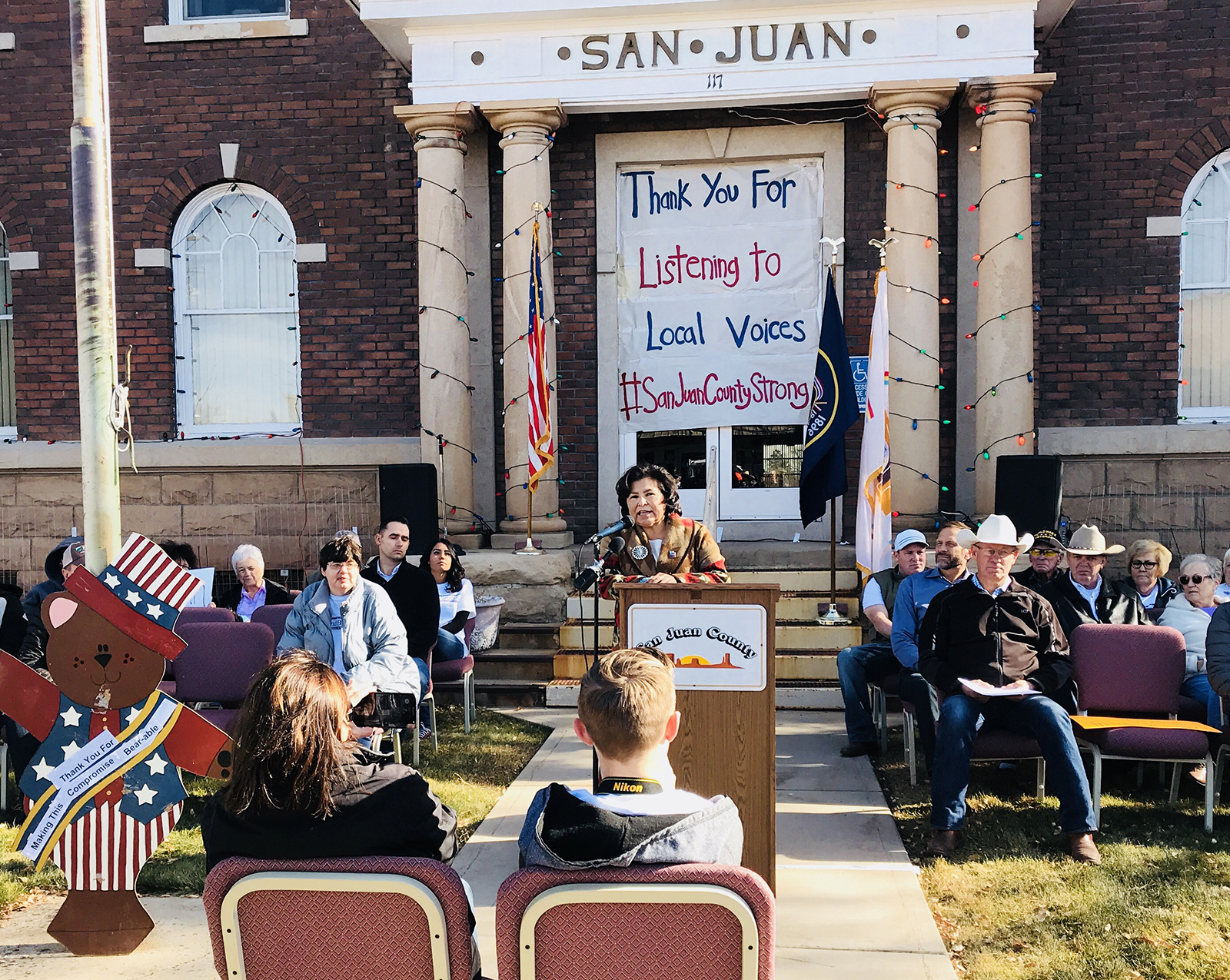 “It was pretty significant and pretty thrilling to us to have President Trump come to Utah and invite the county commissioners from Garfield, Kane and San Juan counties to the signing ceremony,” said San Juan County Board Chairman Bruce Adams. “But we’re only halfway there, we need Congress to add protections to make sure this doesn’t happen again.”

President Obama declared Bears Ears a national monument in December 2016, using the Antiquities Act of 1906. Although San Juan County leaders had a chance to talk to federal officials before the designation, Adams felt their concerns fell on deaf ears. President Clinton declared Grand Staircase-Escalante a monument in 1996.

“We just didn’t feel like they cared what we said,” Adams said. “They seemed disinterested.”

Adams sad San Juan County’s concerns centered on the monument’s excessive size, the existing levels of protection and the prospect of losing access, including for grazing, hunting and recreation.

“We were very concerned about access, and that it would be a precursor to closing roads, closing access, cutting off grazing rights,” Adams said. “We just felt like it was about controlling the access and the use on the ground.”

While thrilled about the redesignation, Adams said without changes to the Antiquities Act, counties and states like his could wind up in the middle of a tug-of-war game between presidential administrations.

“The next president could reverse the whole thing, so we’re looking for legislation that requires the president to get consensus from the governor and state Legislature in the case of a monument designation,” he said. “Or making San Juan County or the state of Utah exempt,” as Wyoming and Alaska are.

“We rush to put houses on private land, and we bring the same ethic to public lands, in terms of taking out oil or cutting trees if we can. There’s nothing wrong with that as long as it’s sustainable,” she said. “But I also think that some of the monuments are overdone, and think the designations were more of a political statement than one designed to protect resources and land.

“I think Staircase probably needed to be brought back. That seemed like as much a fight between the environmental community and the mining industry.”

Clinton’s 1996 designation for Grand Staircase-Escalante prevented a coal mining operation on the land.

“This is definitely good news for the counties,” she said. “It will affect them more, at a rural level, than they’ve had a voice in, though I still worry that even in  a situation like this, the locals’ say still wasn’t taken into consideration.”

Adams is hoping for increased attention from the Bureau of Land Management, which manages the Bears Ears land, to add resources to protect the artifacts on the land.

“That would be real protection for the land, making sure visitors are taught how to enjoy what we have here without causing any harm,” he said. “Some parking lots, bathrooms, educational signage to teaching people from visiting from places like Japan or New York, places that are different from Utah, that you can’t take shards of pottery home to put on your mantle.”

Adams disputed concerns that less restricted use of formerly designated monuments land would be damaging in the locals’ hands.

“We have great reverence for the artifacts and cultural resources in the area,” he said, “We’re very sensitive to how important they are especially to the Native American population in our community. There’s a sacredness about it. And there’s no oil or gas to be extracted here