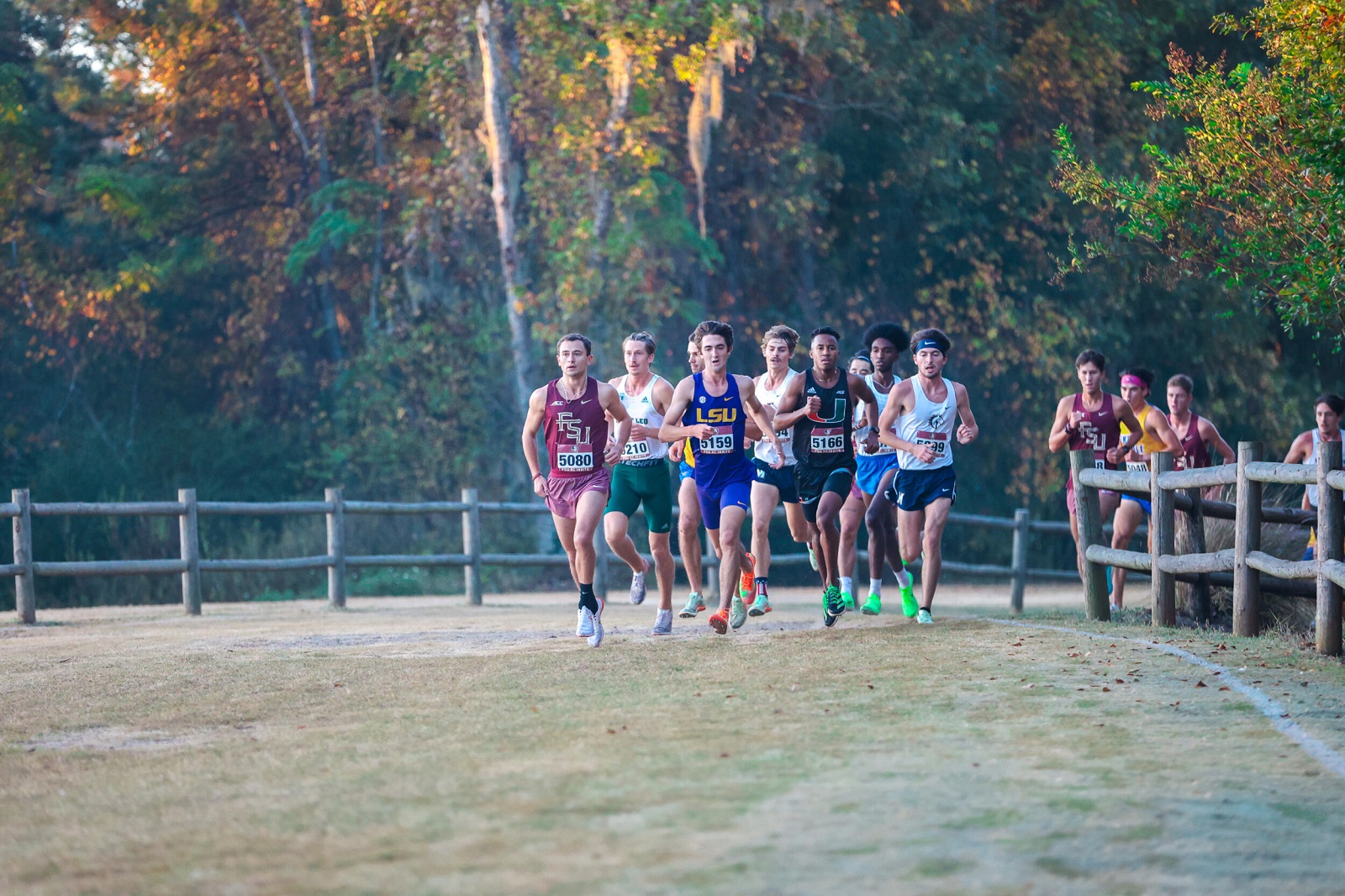 Like most successful county development projects, it started with a pair of machetes.

Two track coaches cut their way through a plot of undeveloped forest land in Tallahassee, Fla. that was so thick they couldn’t fit a golf cart through it. On one side, a swamp. On the other side, a landfill. They were surrounded, but they had backup, because Leon County was behind them, ready to turn trash into treasure for cross country runners, coaches and fans.

“Many times Brian [Corbin] and I got lost and had to backtrack, usually as a result of hitting swamp that wasn’t passable,” Bob Braman said of the clearing process.

Braman and Corbin were victims of their own success. They serve as coaches of Florida State University’s cross country team and the Gulf Winds Track Club, respectively, and the meets they held at the county’s Miccosukee Greenway in the 2000s drew so many participants and spectators that the neighbors complained about the traffic.

A long-distance running sport that drew more than 420,000 high school participants nationwide in 2021, cross country running carries an all-ages appeal, being offered not only on the youth and collegiate levels, but with adult competitions that include runners in their 80s and older. Many runners take up the sport later in life.

The county offered the coaches that land they were clearing, and the club and the university contributed $10,000 each for the machinery to help blaze the trail. As the year passed, then-Commissioner Bryan Desloge saw an opportunity, and he and his fellow commissioners invested $250,000 in the project, which would become Apalachee Regional Park.

“A lot of municipalities around the country have some public lands that are just sitting there not doing much,” said Desloge, a former NACo president. “Maybe it’s a holding pond with a fence all the way around and they’re awful and they’re eyesores and you look at them and you say, ‘You know, I could turn that into something that people can be proud of.’”

While the course opened to runners in 2009, the job was far from finished. Amanda Heidecker got to run on the nascent course as a Seminole cross-country runner, and then three years after graduating, she was working for Leon County Parks and Recreation, which had grand designs for the property. She is now the department’s director.

To build a cross country course to its potential, the county had three constituencies to satisfy: The runners, the coaches and the spectators.

Braman and Corbin treated the property like their canvas.

On the front side of the course, short grass lets runners pick up speed for the majority of the spectators, along rolling hills. On the back side, crushed native oyster shell that drains quickly and gives runners a change of surface that remains stable.

And the course is built to the specifications to hold the NCAA Championships. A canopy of oak trees covers a good portion of the course and gives it a regionally distinctive atmosphere.

“Racing through the woods on a 10-meter-wide championship course is almost non-existent,” Braman said. “Most courses are loops around fields. The other unique part of the course is the consistent footing. It’s never flooded, muddy or sandy.”

The pair cut several trails through the “donut hole” in the middle of the course, which allows coaches to see their athletes several times per lap. And the laps would change depending on a race’s length, ranging from 1 kilometer to 12 kilometers. A one-mile trail away from the course gives runners a chance to warm up while other races are going on.

“I wanted to be sure that coaches could get around the course easily and be able to coach their kids,” Braman said. “That’s a major problem at many championship courses, where the spectators swallow up the coaches and render them almost useless.”

In addition to the spectators lining the course, Leon County provided for the fans at home. The inside of the course was lined with fiber optic cable, which allows for cameras anywhere along the course and timing mats that can keep track of runners’ progress and team standings throughout the race. That fed directly to the three jumbotrons (the standard is one) and scoreboard and to livestreams. The course currently sports nine different cameras.

“That came up big during COVID,” Heidecker said. “A lot of parents and grandparents haven’t been able to travel to see their athletes compete, but now they can see them on the livestream, and they can watch every runner that goes by, not just the runner in the lead.”

The landfill that penned in the coaches as they designed the course? It was capped and turned into a 4,000-car parking lot, steps from the course.

“You usually have to walk pretty far to see a race,” Heidecker said.

As the course started to attract championship events, starting with 2013’s high school state championship, the visitors started filling hotel rooms. The course has played host to championships on every level, including the NCAA Division I championships and, in 2026, will include the World Athletics championships, one of the few times the race has been held in the United States.

A portion of the county’s bed tax, combined with revenue from the parks department, has funded additional improvements, including a permanent operations building, restrooms, finish line and awards stage.

“These events have allowed us to save up and build the facility, which is what keeps it going over time,” Heidecker said. “I think what we have done here has influenced other municipalities to invest more in cross country.

“And the course has made a huge economic impact for the community,” she noted. “In 2020, cross country races were one of the few safe events to have and we were able to hold them here. Our hotels told us when nothing was going on, these cross country events kept them alive.”

Braman has been able to put away the machete in favor of a stopwatch, and Desloge, now retired, feels like the county’s investment was worth it.