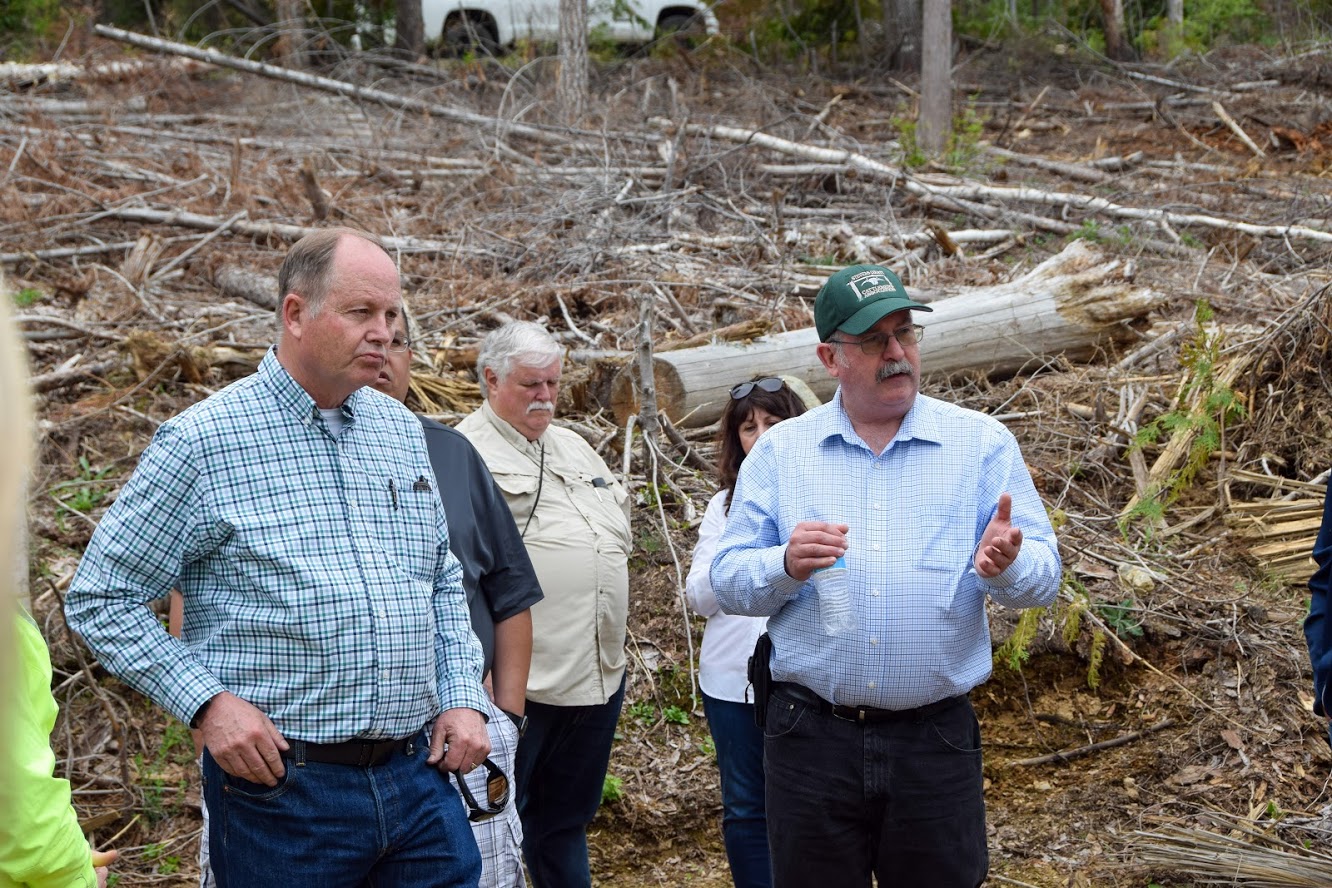 Wes McCart, right, was one of the three Stevens County, Wash. commissioners removed from office. Shortly before, he won the Republican primary primary to defend his seat by nearly three-quarters of the vote. Photo by Charlie Ban

A legal battle in eastern Washington has left a county without sitting commissioners for what will likely be at least a month, with potential fallout for the pandemic-affected business community.

The entire three-person Stevens County Board of Commissioners was removed from office Aug. 20 and forbidden by a restraining order from acting in an official capacity following a dispute over repaid misspent funding from the county’s homelessness program. Unresolved legal considerations are preventing the local Republican party from offering appointment candidates to Gov. Jay Inslee (D) until court proceedings resolve outstanding issues as early as Sept. 25.

The commissioners have requested immunity to perform their duties but are under a threat of a gross misdemeanor charge, a $5,000 fine and up to 364 days in jail hanging over their heads if they do not surrender their offices.

“The goal for our citizens has been to continue to do what we were sent here to do, even if there’s uncertainty,” said County Auditor Lori Larsen. “We, as a group of remaining elected officials, are trying to determine what to do next.”

Although Larsen has received legal advice that she has the ability to process payments that fall within existing budget authority, she cannot act in the commissioners’ stead taking new action.

The timing of the vacancies may complicate matters given the challenges of the pandemic.

The commissioners, Chairman Don Dashiell, Wes McCart and Steve Parker, were all closely involved in the administration of CARES Act business stabilization grants, and because they are unable to perform their official functions, none of those grants can be awarded.

“Without them in the office, that’s been delayed,” Larsen said. “I shudder to think that this delay would be the make-or-break point for one of our community businesses.”

Meanwhile, Board Clerk Michelle Enright has canceled their agendas.

“We’re in a complete holding pattern here,” she said. “Normally they’d be approving contracts and vouchers for payment. Until we know more, we can’t schedule anything. Contracts normally go through the prosecutor’s office, but they haven’t sent us anything.”

Eric Johnson, executive director of the Washington State Association of Counties, said that the commissioners have recognized the legal peril that would come from violating the restraining order — a fine of $5,000 and up to 364 days in jail. At the same time, the timeframe between the Aug. 20 judgment and Sept. 25 hearing brings up another hazard.

“There’s another statute out there that [says] ‘if you don’t act in an official capacity for 30 days, you vacate your office,’ so that’s out there, too,” he said.

While waiting for resolution, the association has helped the remaining elected officials keep the county moving despite its frozen legislative authority.

“The governor’s office has made it clear there won’t be any movement to make appointments without judicial clarification,” Johnson said. “The state constitution has a continuity of government section in it for county commissioners, but it deals with a catastrophic incident, a natural disaster or a manmade act of terrorism. It doesn’t ponder having three commissioners removed from a legal action.”

The Stevens County Republican Central Committee ordinarily would offer Inslee three candidates for appointment to two commission seats, and those two would nominate a third. But without resolution over whether the commissioners have truly been removed from office, the committee will not make recommendations.

Dashiell has two years left on his term, Parker lost the August Republican primary and McCart was re-nominated with nearly three-quarters of the vote.

The Sept. 25 hearing will address what the commissioners owe in interest and legal fees after they repaid roughly $130,000 to reimburse the county for disbursements from the county’s homelessness fund that the state auditor found to be unallowable gifts of public funds.

Johnson noted that the process for awarding those homelessness funds, to nonprofits that built transitional housing and for a family to help move a house threatened by erosion, was all conducted in open meetings.