In order to filter by the "in queue" property, you need to add the Entityqueue: Queue relationship.
The absence of a national aging policy is hindering local efforts to provide support for older residents.

The absence of a national aging policy is hindering local efforts to provide support for older residents.

At the same time, the clock is ticking toward 2030, when 73 million Americans will be over the age of 65, with a tipping point coming in 2035, when the population of Americans over 65 will outnumber those 18 and under.

She pointed out that 70 percent of older adults will need 3-5 years of services and support to help them age successfully, a number driven in large part by dementia.

Ventura County, among others in Southern California, is seeing a lot of younger residents leave to escape high housing costs, increasing the proportion of older residents.

“For us, this is a concern that we’re only now becoming aware of,”  he said. “To be frank, there hasn’t been a lot of focus on the aging and the needs of the aging cycle.”

The county is partnering with its area agency on aging to create a dementia-friendly community.

“We promote awareness of what dementia is, what it isn’t and how to address dementia or the decline of cognitive abilities as people age.”

That involved educating the public on what people experience as dementia progresses, and employing a sensory activity that emulates the challenges someone with dementia faces as their faculties are affected, which Zimmerman said helped give his adult protection practitioners and health care providers a greater understanding of what their clients experience.

“You would assume health care providers would be aware of some of the issues surrounding dementia, but they are not.”

Launched in 2018, the service offers resources and referrals for services to address their needs, including preventing elder abuse and suicide, but Rumbaugh said it offers something more.

“When somebody calls, they can have a friendly person to talk to, someone to listen to them, they can get emotional support and understanding,” she said.

The service recorded its 3,000th call in June, and call volume increases every month.

She related the story of an older woman who was one of the service’s first callers, who was dealing with such significant stressors that operators sent paramedics to her home. They followed up with calls to her home and postcards, and the woman has returned to good health.

“It helped that everyone who spoke to her had a good understanding of what she was dealing with and she didn’t have to retell her story every time she called,” Rumbaugh said.

They, along with Kirstin Dillon from AARP, bemoaned the lack of coordinated service development around aging, even as the “tidal wave” approaches.

Dillon said any progress was a good start.

“Sometimes it feels so daunting thinking about where you start” such a large task, she said. “The important thing is to start somewhere small, something you galvanize support around. Then build from there.” 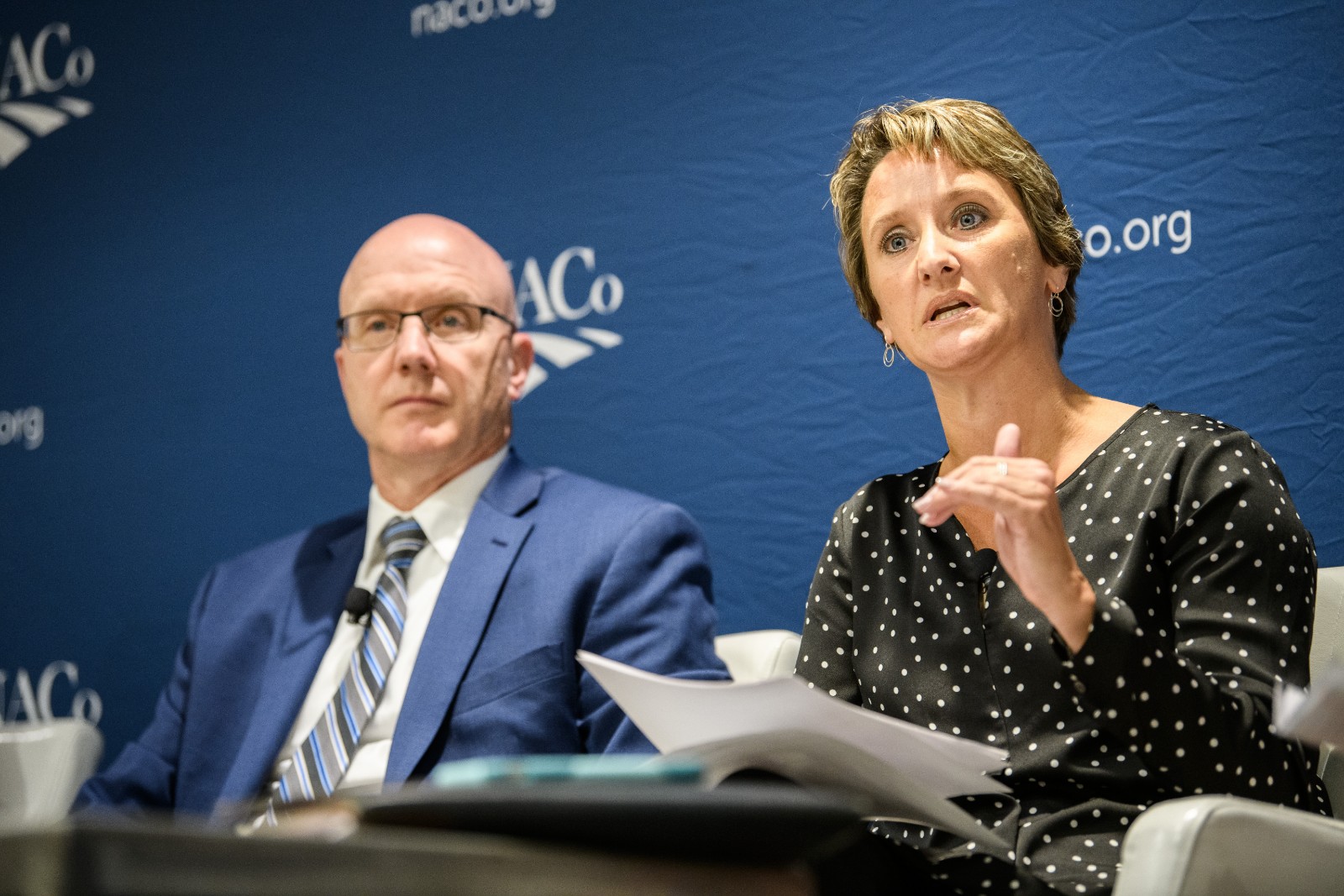