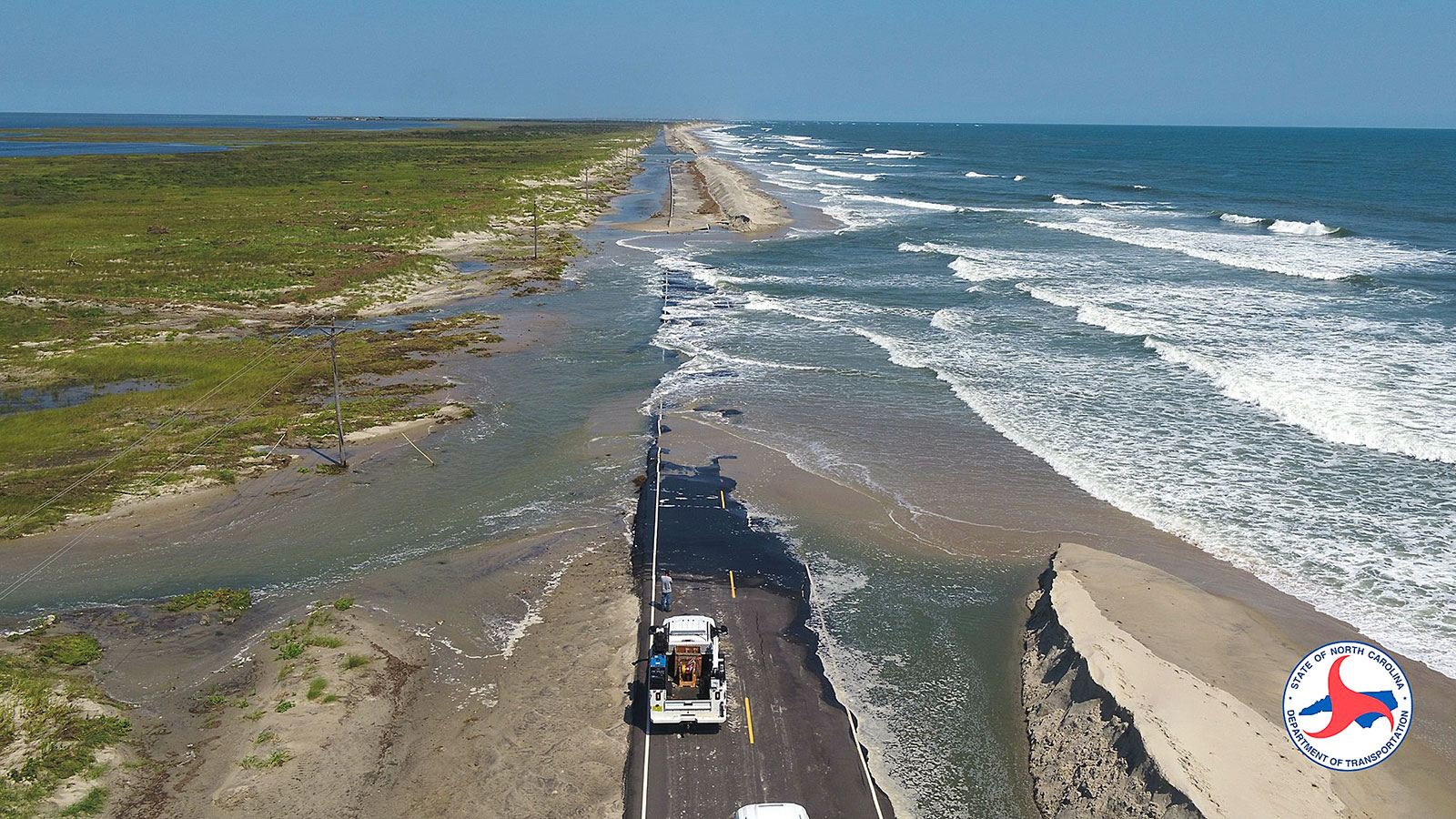 In order to filter by the "in queue" property, you need to add the Entityqueue: Queue relationship.
Dare and Currituck counties in North Carolina faced flooding and wind damage from Hurricane Dorian

With the second week of September marking the peak of the Atlantic Hurricane season, coastal counties along the eastern United States are recovering from the impacts of the season’s first major storm: Hurricane Dorian.

Dorian’s only landfall in the United States occurred at Cape Hatteras in Dare County, N.C., where it was identified as a Category 1 storm with maximum winds near 90 mph, according to the National Oceanic and Atmospheric Administration. The county was under mandatory evacuation prior to the hurricane.

Dare County Manager Bobby Outten said the southernmost areas of the county, near the villages of Avon, Frisco and Hatteras, were hit the hardest by the storm.

“For the most part, we’re in the recovery stage down south but we’re getting closer every day and certainly grateful that it isn’t as bad as it could have been,” he said.

Dare County started preparing for the hurricane season in March, Outten said. When it became apparent that Hurricane Dorian was going to impact the North Carolina coast, the county began to monitor its path and checked generators, gas and fuel supplies and ensured that all emergency management personnel were available and prepared to handle the storm.

The county has a control group that includes the chair of the county commissioners, mayors, the National Park Service, superintendent and the sheriff who meet and discuss emergency plans. The county’s joint operations center works to provide information to the public and starts a public awareness program to inform county residents about the hurricane.

“Since the storm has hit, we meet almost every day regularly with those people… and start the recovery process and make sure we’re meeting the people’s needs, getting things where they need to be and taking care of the problems we have,” Outten said.

In Currituck County, County Manager Ben Stikeleather said the hurricane caused downed trees and power outages. For 36 hours, two thirds of the county’s population was without power, he said, adding that every county facility was using power generators at some point during the storm.

“If it hadn’t been for our public safety servants and for the volunteer firemen here, along with the DOT, we would have had roads that would have been blocked for several days,” he said.

Stikeleather estimated debris cleanup will last for at least one month.

“I think that it’s important to recognize that a lot of communities on the North Carolina coast... we don’t have large municipalities so we do not have a large staff to pull from when these kind of things happen,” he said.

Other areas in eastern North and South Carolina dealt with several tornadoes, one that reached wind speeds of 115 mph.

Hyde County Board of Commissioners enacted a mandatory evacuation of all Hyde County residents and dispatched air transportation units to help evacuate residents. Following the storm, the island of Ocracoke was without power and under a boil water advisory. Ferry services between Ocracoke Island to other islands in the region and the mainland were temporarily suspended.

There have been three fatalities in North Carolina related to Hurricane Dorian that occurred during storm preparations or storm cleanup.

According to the National Weather Service, Hurricane Dorian formed from a tropical wave in the Central Atlantic and strengthened as it transformed into a Category 5 storm and made landfall in the Bahamas. The storm caused massive devastation to the islands where it hovered over Grand Bahama Island for 18 hours before making its way toward the United States.

On Sept. 4, the hurricane weakened as it traveled parallel to the east coast of Florida, with the storm 95 miles off the coast of Volusia County. Coastal counties in the state faced tropical-storm force winds and heavy rain. Flagler County and Indian River County experienced major beach erosion.

In the following days, Hurricane Dorian headed north toward the coasts of North and South Carolina.