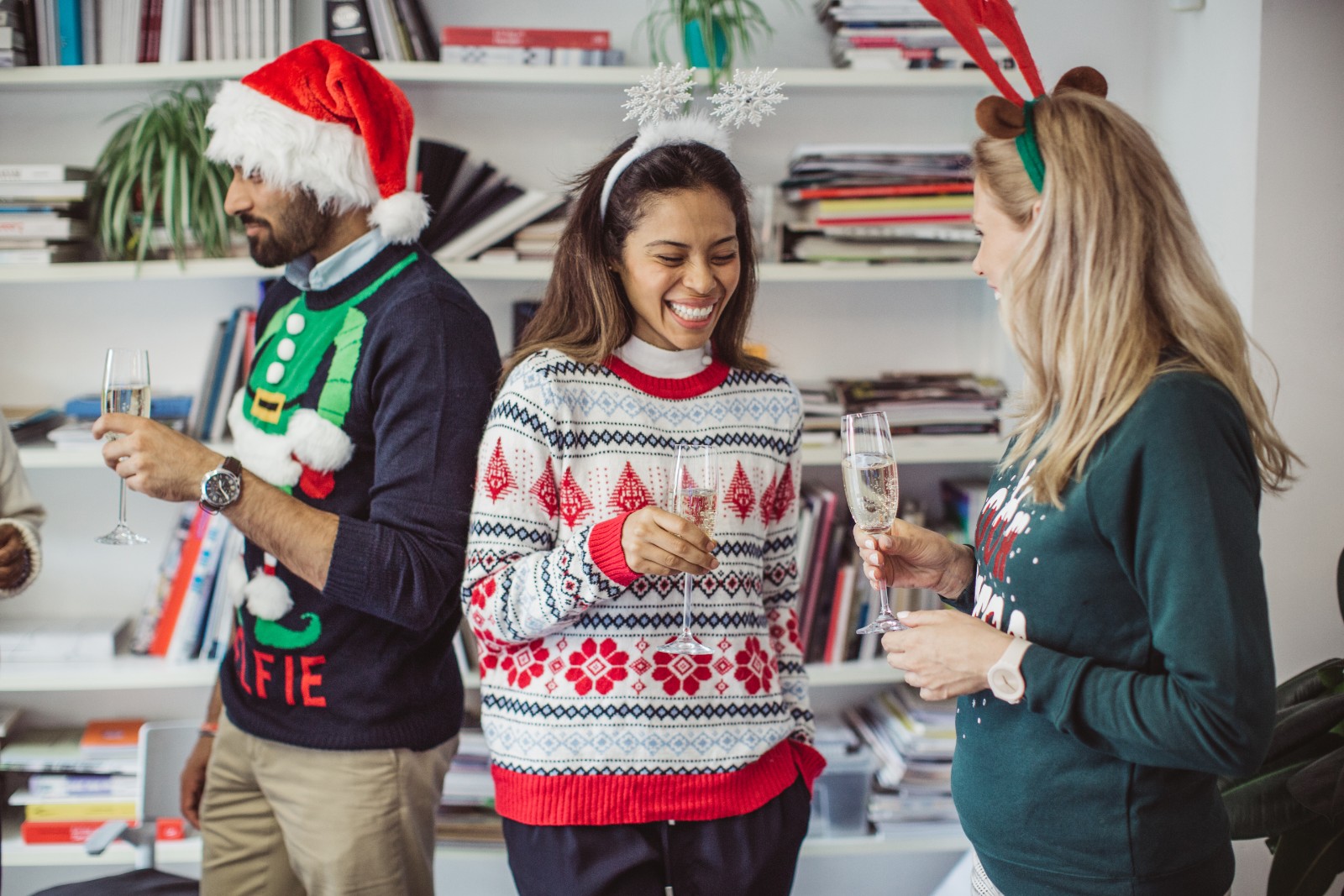 It is time for the annual work holiday or New Year’s Eve party. Maybe this fills your staff with excitement and anticipation. But for many, the office holiday party involves too much stress, obligations and expectations.

When asked about some of the most awkward work holiday or New Year’s Eve celebrations people have ever attended, here are some remembrances people shared. They serve as reminders of pitfalls to avoid when planning your work gathering, so that the event may be joyful rather than stressful.

Have the party during work hours: “Everyone was talking about having a work holiday party, but no one wanted to host it. So, I volunteered my house. When everyone arrived at the party, it was so awkward and tense and everyone just wanted to be doing something else. That made the person who had volunteered to grill the burgers feel rushed to get everyone food and undercook the meat. Everyone ate raw burgers just so they could hurry up and leave.”

It might be time to try something new. Have the party during work hours and have a potluck rather than dropping hosting duties on any one person. Or maybe the answer is no party at all. Participate in a community service project together. See if the group wants to have an “Ugly Sweater Day” at the office with a funny award for the ugliest. Attend a local parade together or go bowling.

Don’t eat and run: “I am the supervisor of several divisions. All of my divisions were having separate parties and I was invited. I felt obligated to attend so no one would think I was playing favorites. But when I got there, I felt they had invited me only as a gesture, and it was uncomfortable. I said hello to everyone and snuck out as soon as I felt I could.” Attending a holiday party is optional. It is okay to say you are unable to attend. If you plan to make an appearance, try to stay for more than 20 minutes. Don’t eat and run.

Dress appropriately: “The department party is at the same house every year and that house has a hot tub. It is an annual tradition for folks to get in the hot tub, but I don’t want to be in a hot tub with my co-workers or boss.” It is safest to think of holiday parties as an extension of the office.

If it wouldn’t be OK at work, you probably do not want to do it at the party. This includes professional attire. “Someone was dressed inappropriately for our work party. They were ‘watercooler’ talk for days after. It was horrible.” Just because it’s a work party doesn’t mean everyone has to be in business clothes, but dress should be appropriate.

Set expectations: “I offered to host the holiday party. Lots of my co-workers have little kids. I don’t have any kids and don’t feel like my house is child-proof. Also, I have dogs that are not used to kids. So, I said ‘no kids at the party — employees and spouses only.’ Some of my co-workers were so upset about getting babysitters and not having a family party that they didn’t come. There was tension in the office.” It is best if the host sets expectations prior to the event, including whether they will be serving alcohol at the party and if there is an end time.

Mind your manners: “One of the people at the party ate something that didn’t agree with them. They spent the entire time in the host’s master bathroom, making the host feel uncomfortable. Then the person in the bathroom blamed their illness on the host’s food.”

Good manners are important at any party, and particularly around the people you work with each day. Thank the host for welcoming everyone to their home, offer to bring a dish to share, and offer to help clean up.

A word about gift exchanges: “We have a white elephant gift exchange at our party with gag gifts. One year, a coworker got a gift they hated, and they were really vocal about it. They didn’t take it home and the host collected it. The host brought it back as their white elephant gift the second year and the same person ended up with the gift. They were so mad. They never came to another holiday party after that.”

If you plan to have a gift exchange at the party, set the rules. If this type of gift exchange creates issues, try something new, like a cookie exchange or a salsa contest.

One creative idea is to draw names and buy a toy you think the person might have enjoyed as a child. Put all the unwrapped gifts in a pile and have people take turns picking out the toy that they think was bought for them. The person who bought the gift can explain why they purchased the toy for that person. After the party, donate all the toys to a toy drive.

Limit alcohol served: “I hosted a party that was really fun and there was drinking. It went really late. Someone found some lotion under the sink in the bathroom and threw it over the fence into the neighbor’s pool. The neighbors came by to complain about the noise, I don’t think they had found the lotion yet, and I was embarrassed because they knew where I worked.” Seriously consider the appropriateness of alcohol at the party. If there is alcohol, there should be a limited amount so that people don’t overdo it. Things can get uncomfortable quickly if people drink to excess.

Remember the reason for the party is to demonstrate your appreciation of one another, celebrate a successful year, and honor the team. If you remember the reason you are gathering, it is easier to align the celebration accordingly.

May the year ahead bring teamwork, collaboration, innovation, engagement and the fulfillment that comes with public service.