Getting the band back together: County defenders rock the holidays 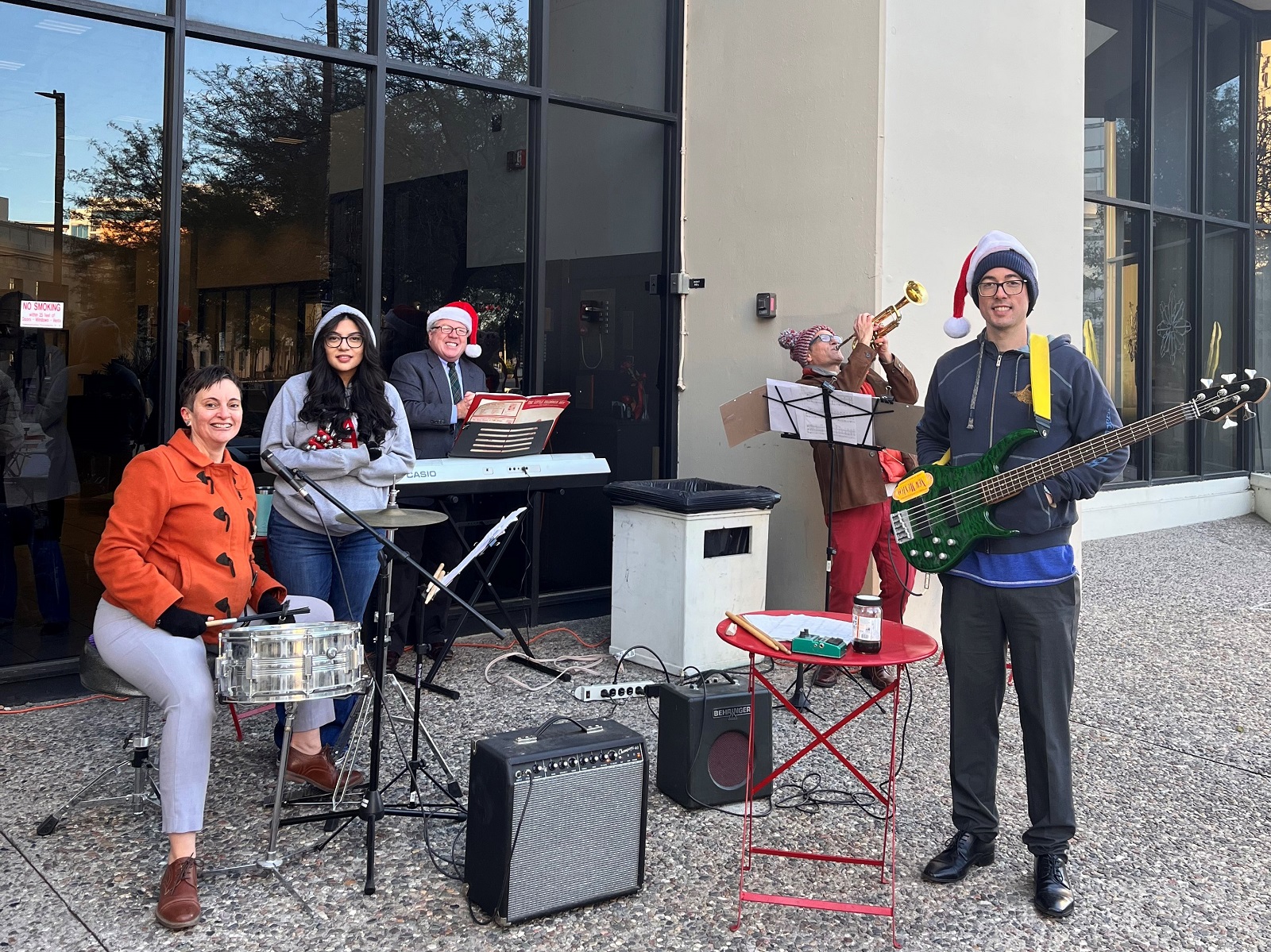 A cartoon fox and hound spend all day chasing each other around, but when the clock hits 5, they clock out and say, “See you tomorrow!”

That’s how Leo Masursky looks at the relationship he and his colleagues in the Pima County, Ariz. public defender’s office try to strike with their rivals, the county’s prosecutors.

After a two-year hiatus forced by the COVID-19 pandemic, the “Misfit Toys” got the band back together in December 2022 and were out again on the county courthouse yard, playing a selection of holiday tunes for the benefit of all. Especially the prosecutors.

“Everyone has court at 9 a.m., so we went out early in the mornings on the plaza and started playing,” Masursky said.

“There were a few grumpy people, but most of the prosecutors were smiling and laughing. We would really hope to get a laugh out of people. We are adversaries and we really do have very serious things going on, but we’re also county employees and we’re people and we just try to bring in some humanity whenever we can.”

Masursky credits colleague Chris Lynch with getting the band together in 2016, after Masursky, who taught himself to play the trumpet, saw his previous band, the Goats, fall apart.

Lynch, a keyboardist, suggested they start playing at an office party as a bonding exercise.

It turned out, they could actually play pretty well.

“He didn’t know it at the time he asked me, but I love Christmas music,” Masursky said.

“I’d like to play some different music too, but so far, it’s just been the Christmas stuff. I’d like to try playing at other times of the year, but it’s really a matter of coordinating around everyone else’s availabilities.”

When the band reformed after the height of the pandemic, they gained drummer Katie Rogers and bassist Tom Knauer. They also have jingle bell ringers who complement the band’s musical stylings: Faith Smith, Kristy Valenzuela and Alyssa Colvin.

“We obviously work really hard and know what kind of legal work we’re all capable of, but it really speaks to the office culture that we have a chance to collaborate with our talents and passions like this,” Masursky said.

“People are willing to sing, and that’s what takes some real courage.”

The work of indigent defense can wear down even the most idealistic attorney.

The long odds and short list of resources many clients face pile up.

That all adds to the need for relief not just away from the office, but with colleagues.

“It gives everybody a chance to connect on a different level in a different way and you know we recognize first of all how much we like the job but then also how much you know as human beings we can relate to each other and it really does help your motivation, it helps you just kind of get reenergized, it’s just a great thing all the way around.

“The best thing we can have in Pima County is both prosecutors and public defenders who are on the ball.”