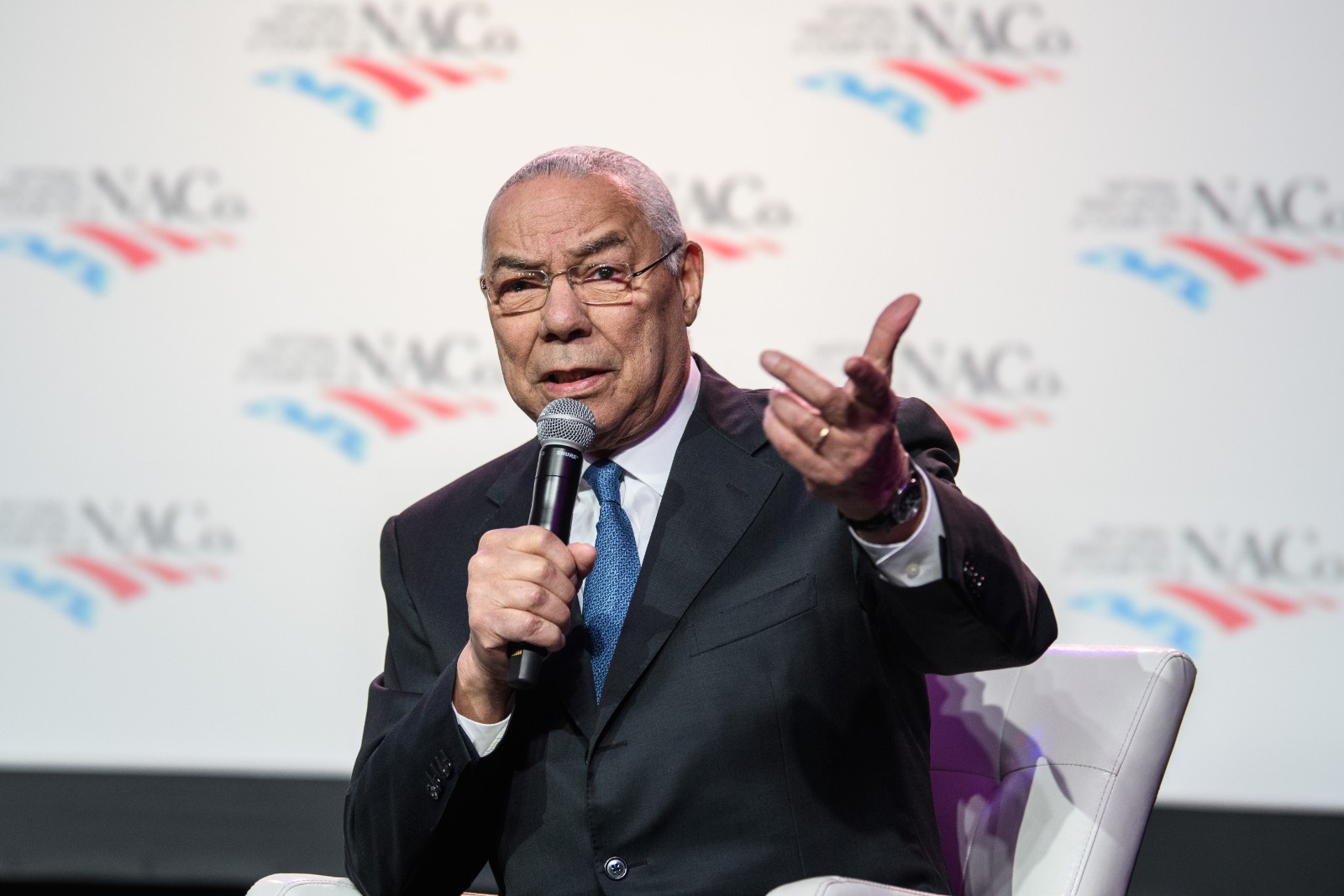 Trust, accepting failure and remaining optimistic are keys to successful leadership, according to General Colin Powell, a four-star general who served as President Reagan’s national security advisor. He was also chairman of the Joint Chiefs of Staff during the administrations of President George H.W. Bush and President Bill Clinton, and served as George W. Bush’s secretary of state.

In a conversation with NACo CEO/Executive Director Matt Chase, Powell discussed leadership development to a packed room of county officials during the General Session Tuesday at NACo’s 2020 Legislative Conference.

Powell’s book, “It Worked for Me,” is a key part of NACo’s High Performance Leadership Academy, an online 12-week program created to provide county officials with practical leadership skills. NACo partnered with Powell and the Professional Development Academy to establish the program.

During the conversation, Powell shared his experiences from his childhood in Harlem to becoming a retired four-star general.

“When you trust your people… they trust you,” he said. “One team, one fight. We’re all in this together.”

Powell described that, whenever he took on a new leadership position, he gave his aides rule cards, with his preferred procedures, such as never signing his name and always keeping him informed.

“Don’t hide anything from me. We’re all in this together,” he said. “When anything is going wrong, tell me about it. I’m not going to chew you out. We’re going to solve it.”

Powell said he also relied upon a second “staff,” which consisted of his closest friends who worked outside the government. He stressed to county officials the importance of having this second team to count on to point out when he made mistakes. This group had a private phone number to reach Powell at his desk, where he was the only one who answered the phone.

“Failure is part of life. No one goes through life without failing at anything. The question is, ‘What do you do about it?’” he said. His answer has always been, “Examine the failures, where they go wrong, but most importantly, what did I do wrong? What did I forget to do?”

Powell said he has always used trusted agents who would provide him with feedback which included anything from telling him he messed up during a hearing or telling him he needed to get a haircut.

“You have to have somebody that will tell you that you screwed up or that you’ve done well,” he said.

Powell stressed the importance of moving on from making mistakes by describing how he tries to take a failure, “roll it up into a little ball, throw it over my shoulder and I never want to see it again.”

“You’ve got to learn to move on and remember that your life is not spent because you had one failure. It’s just beginning, because you’ve learned something about yourself,” he said.

Powell’s book includes 13 “rules,” which he described as sayings he refers to when something goes wrong in his life.

He described his three favorite rules: “It ain’t as bad as it looks. It’ll look better in the morning,” “It can be done,” and “Perpetual optimism is a force multiplier.”

"If you always have confidence and train your people, they will trust you and you trust them,” he said. “Then, your optimism will fuel the whole organization so that they will always believe that they are capable of doing any job you put in front of them.”