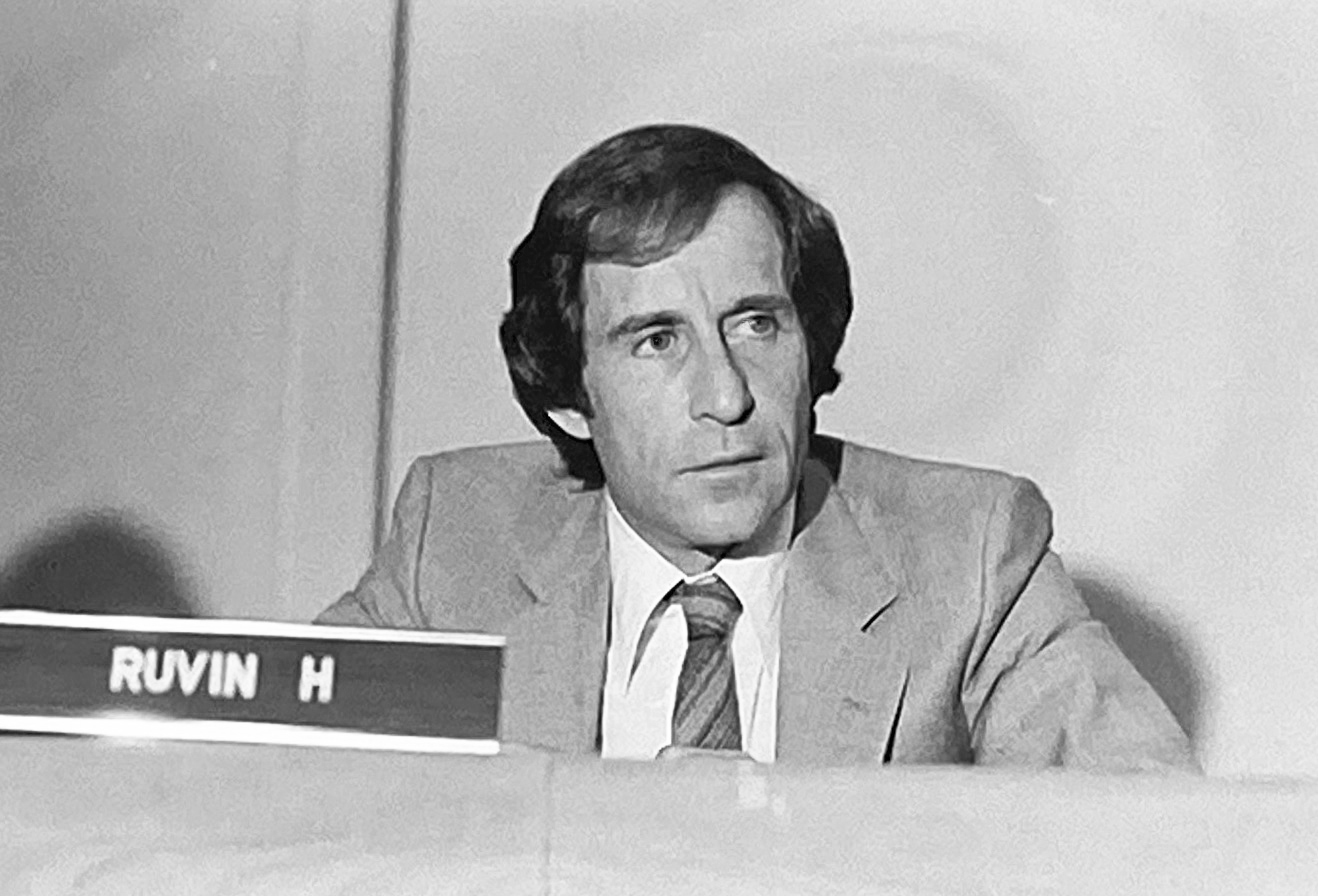 Then Metro Dade Commissioner Harvey Ruvin, in a NACo archive photo taken during the late 1970s.

When Metro Dade Commissioner Harvey Ruvin ran for NACo leadership in the early ’80s, his campaign paraphernalia from the Florida Association of Counties proclaimed him “a man for all counties.”

And while he gladly fought on behalf of all as he worked his way up to his term as president from 1987-1988, his heart was in South Florida. Five years after his tenure as NACo president concluded, he pursued a new job as the county’s clerk of courts, a role he held for 30 years until his death Dec. 31 at age 85.

Demonstrating that he was a man for all counties meant communicating how his passion for environmental preservation would not alienate the majority of Florida’s rural counties, while not compromising the values that drove his 1972 county commission candidacy. It was an opportunity for him to exhibit his powers of persuasion.

“It took a while to help a lot of the commissioners in Florida understand why — that even if it wasn’t important in their own counties — it was important in some counties and particularly large urban counties. But he did.”

Ruvin’s environmentalism, which included a push for renourishment of Miami Beach, also provided a window into his fairness, Stierheim said. When artists Christo and Jeanne-Claude planned a project to surround 11 islands in Miami’s Biscayne Bay with 6,499,800 square feet of pink polypropylene floating fabric, Ruvin was sternly opposed to it. But he eventually took a meeting with the pair and, convinced it would not harm the marine life, “helped sway many naysayers.”

Ruvin was motivated to pursue NACo leadership following what he saw as an inadequate federal response to helping Dade County assist Cuban migrants during the Mariel boatlift and broken promises to rebuild the Liberty City neighborhood after the 1980 Miami riots. He clashed philosophically with the Reagan administration, pointing out how the federal disinvestment would leave counties without the support to tackle social problems.

“We know at the local level that when you dismantle the social support structure, those needs don’t disappear,” he said in June 1987.

A Florida native, Ruvin maintained a law practice while serving first as mayor of North Bay Village and then county commissioner for 20 years.

Ruvin waged a year-and-a-half battle on behalf of the general revenue-sharing program, nearly saving it in 1986 thanks to his relationship with House Rules Committee Chairman Rep. Claude Pepper (D-Fla.), before House Speaker Tip O’Neill (D-Mass.) removed local governments from the bill at the last minute.

The only reason it was so close, Thomas said, was because of the strength of the relationships and coalitions Ruvin built, Thomas said.

“Among NACo, the National League of Cities and U.S. Conference of Mayors, Harvey had by far the best connections,” he said of the general revenue sharing battle.

Ruvin’s 30-year tenure as clerk of the courts encompassed a vast array of constitutional duties, and he harnessed technology to make services more effective, cost efficient and accessible. He was beloved by his staff of 1,200 employees, Luis Montaldo said at his memorial service, addressing all-staff communications to his clerk’s office family. Montaldo, who served as Ruvin’s general counsel for 17 years, has been appointed interim clerk.

“Harvey never chose the easy course or the safe course, he always fought to do the right thing, no matter what the circumstances were,” Montaldo said at the service. “He knew how important his role was acting as an arm of the court and record keeper… the neutrality. Harvey was often pressured to budge on that neutrality, but he never flinched. He knew that his ministerial role and neutral stance was integral to the fair administration of justice in our community which he cared about so deeply.”

“I understood that, because optical scanning technology was still new, but it was possible,” Ruvin told County News in 2018. “We just had to demonstrate that it was more efficient and served the public better. We wanted to serve people online, not in line.”

His innovation and drive to constantly improve services was remarkable to former Commissioner Sally Heyman, who was charged with bringing him copious notes from NACo Board of Directors meetings when he couldn’t attend conferences.

“There are so many people who don’t want to do things because it’s extra work or it’s not their job or they don’t like change, but Harvey was a ‘possibilities’ kind of guy and that, you gotta love,” she said.

His last run for the clerk’s office came at age 82, and while speakers at his service acknowledged that his dedication meant he wasn’t spending as much time with his wife Risa and sons Zach and Eric as most men his age, Risa recognized the role public service played in his life.

“Harvey’s dedication to the clerk’s office, to Dade County, to the state of Florida, to the United States, to the world we live in, was the fabric of over a 50-year legacy of service,” she said at the service. “He always felt like it was an honor and a privilege to serve his community. He leaves all the places that he touched better than he found them.”