Former Miami Dolphins quarterback addresses LUCC attendees: ‘We can all make a difference’ 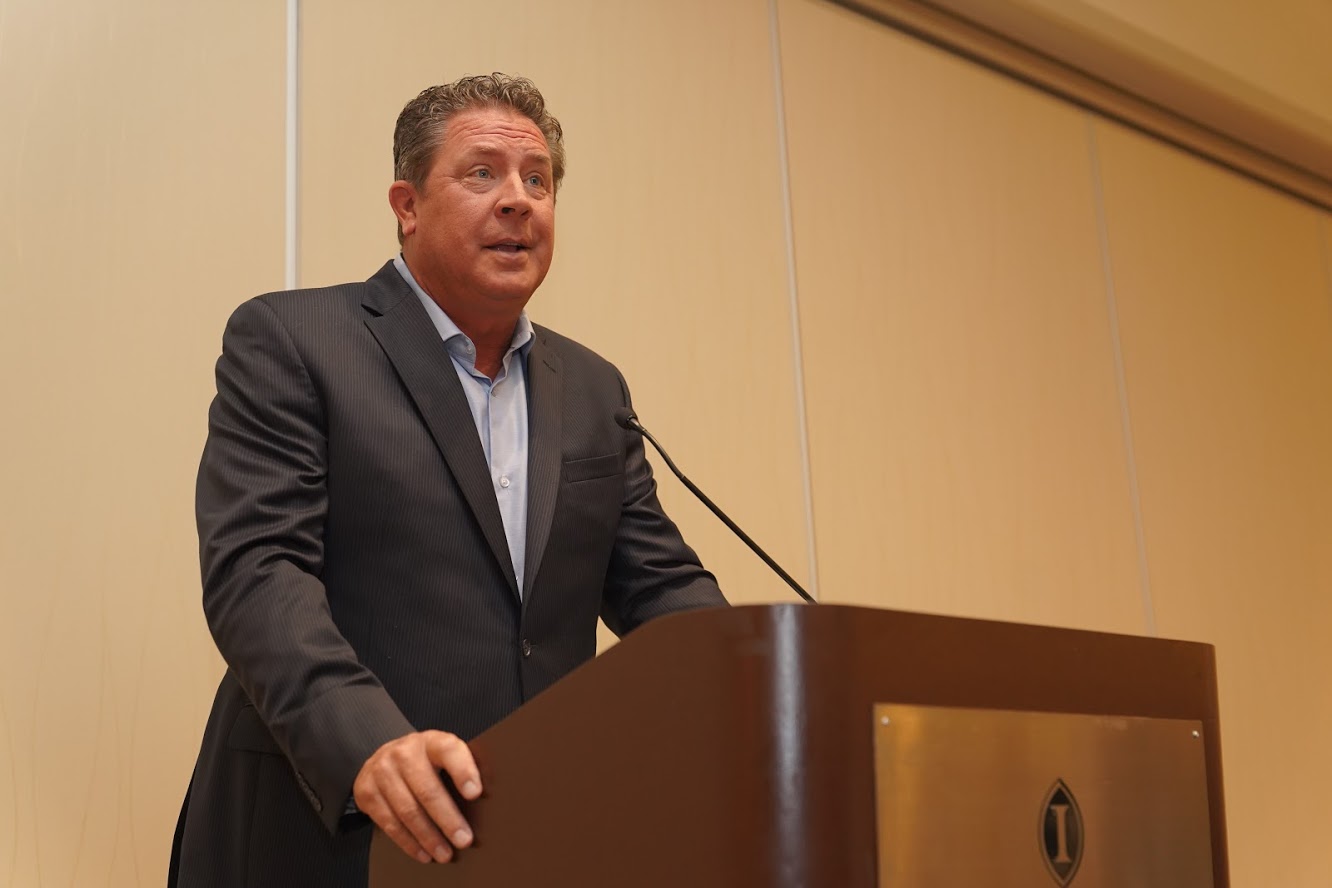 In order to filter by the "in queue" property, you need to add the Entityqueue: Queue relationship.
Dan Marino's lessons of service from his foundation appeal to LUCC attendees to "make a difference"

Marino spoke to attendees during lunch about his advocacy for children diagnosed with autism.

After his son received an autism diagnosis, Marino established The Dan Marino Foundation in 1992 to work to improve the lives of individuals living with autism or other developmental disabilities.

Marino told county officials that his family needed to travel to many different cities to ensure their son was receiving the best treatment. He said the foundation wanted to establish a building that could serve as a “one-stop shop” where children with autism could receive all treatment including therapies and diagnoses.

“That’s one of the relationships I’m talking about,” he said. “Understanding that the relationships that you have in your community business-wise, people who have the same common interest, can make an impact in a positive way.”

The foundation has also worked to provide kids with developmental disabilities secondary education opportunities after Marino said he learned many families needed to leave the state to find the best options for secondary education.

Marino’s foundation created the Marino Campus with locations in Fort Lauderdale and Miami where kids between the ages of 18 and 25 can learn life skills and have opportunities to participate in internships that may lead to jobs.

“We’ve been extremely successful doing this and it’s something that I’m very proud of because you can see how happy they are to be a part of the community, being wanted, accepted,” he said.

LUCC Chair and Miami-Dade County Commissioner Sally Heyman brought Marino to speak to LUCC attendees because she said she felt it would be significant to have leaders and lawmakers hear how professional athletes can join together with communities to support a larger cause.

“We’re starting to see more and more sports players and champions whether it’s in the arts or other venue opportunities professionally come together for our hometown venue and take a special cause,” she said.

Heyman emphasized that county officials in different roles have the capability of joining forces to make a difference.

“We all can make a difference in a positive way,” Marino said.