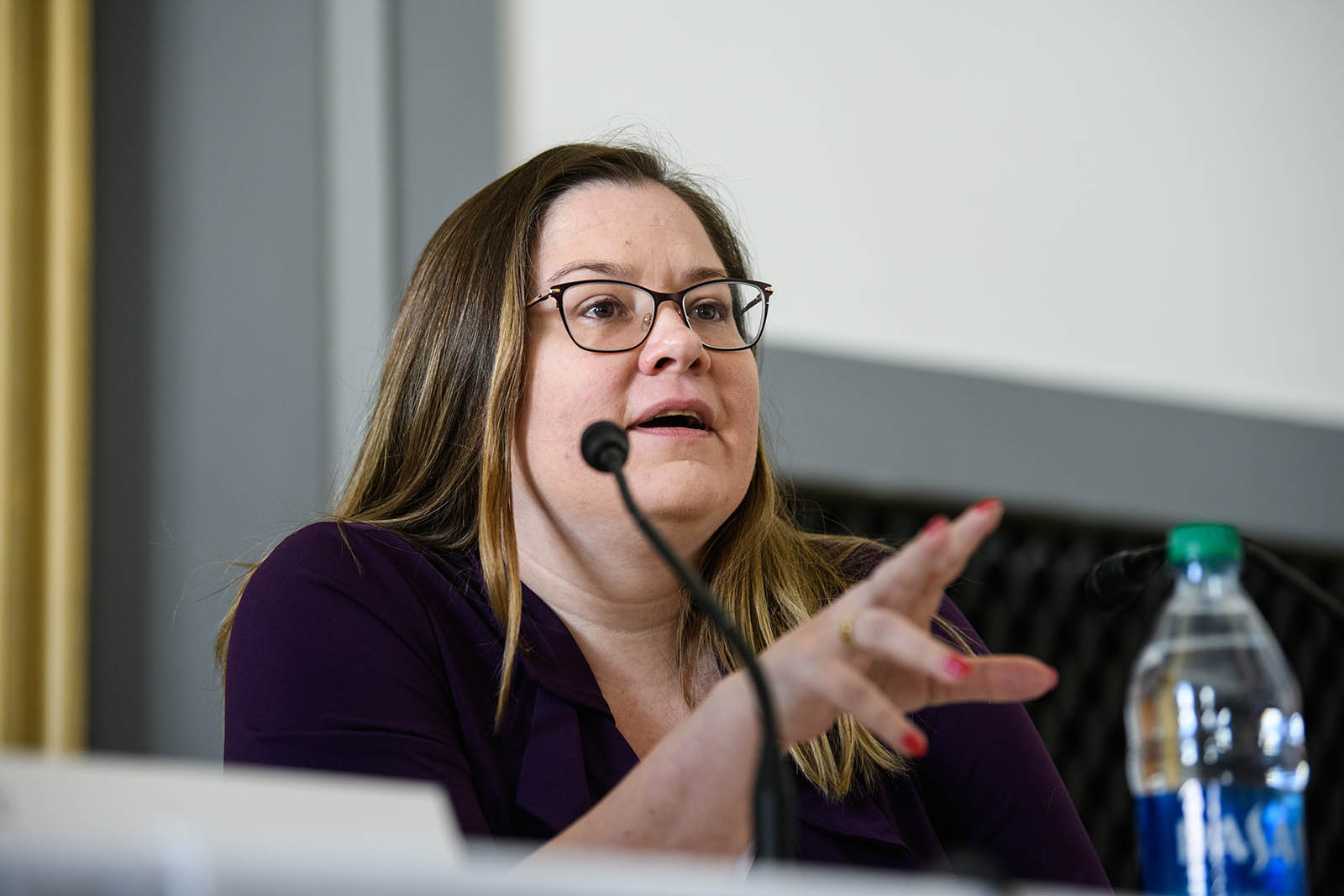 The hanging chads in 2000 got Congress’ attention.

In response, the first wave of funding from the Help America Vote Act financed new voting machines for counties across the country. Supplemental funding, allocated in 2018, hasn’t trickled down to the same extent.

Scotland County, Mo. Clerk Batina Dodge noted that only roughly 10 percent of the $7 million Missouri received in 2018 from the Help America Vote Act was dispersed in more than a year and a half. And that’s mostly been at the state level.

“Largely, that money’s not getting to the counties where it would be much more effective,” she said during a March 3 Capitol Hill briefing on county election administration.

She joked that her rural county likely has fewer registered voters than nearby St. Louis County has trained elections judges.

“Not a single dime of any of the funds that Congress has appropriated in recent years has reached our office,” she said. “Those funds are going, in many of our jurisdictions and rightfully so, to shore up security of statewide registration lists, they’re going to duties that are responsibilities of the state board of elections, of the secretaries of state.”

The problem is that counties handle so many of the basic functions of election administration. McLaughlin listed some: security of equipment, the actual inventory handling, testing, management of the voting equipment, the training of the poll workers, procuring security cameras for the physical plant and material, handling the building badge entry systems for the equipment, handling all of the personnel costs that are associated with activities like a post-election audit.

“Those are local costs and not costs that the federal funds are reaching for many local jurisdictions across the country,” she said.

“That long list is a great picture of all of the duties you are responsible for in an election administration office and the reason it is so important is because the integrity of elections is our number one priority,” along with serving the voters, she said. “And that picture changes periodically,” to incorporate shifting issues like cybersecurity.

Amid all of the change, Stallworth-Pouquette sticks to the bedrock principles her office runs on.

“The integrity of an election hinges on the integrity of your voter registration records and how your processes are in place to ensure the accuracy and security of those records.”

Rep. Zoe Lofgren (D-Calif.), a former member of the Santa Clara County Board of Supervisors, acknowledged her former legislative body’s shortcomings in the ‘80s and early ‘90s.

“I’m ashamed to admit we didn’t always allocate the resources necessary to the registrar of elections because there were so many pressing needs. That in the end was something that as a group, as an American, that we need to deal with, because if we don’t have free and fair elections, we don’t have a country.”

Voting options are expanding nationwide, though in some places more glacially than others. Montgomery County, Md. only has about 8 percent of votes cast by mail.

“I compare running elections to running a music festival, except that we’ve got eight days of opening acts, 250 stages going on simultaneously and we have to be real control freaks about making sure everyone only gets one ticket.”