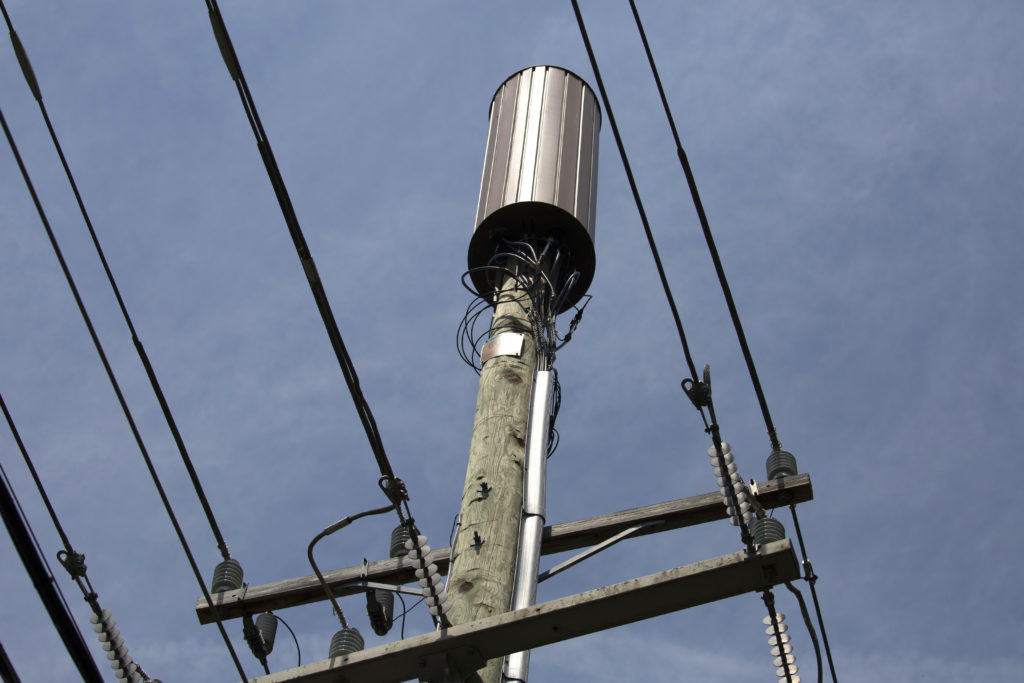 In order to filter by the "in queue" property, you need to add the Entityqueue: Queue relationship.
FCC order gives counties and other local governments 60 days to approve small cells being attached to existing structures and 90 days for erecting new poles, limits local fees

The Federal Communications Commission voted Sept. 26 to limit local governments’ timeframes and fees in an effort to speed the siting of small cell wireless infrastructure necessary for the 5G network.

The order gives counties and other local governments 60 days to approve small cells being attached to existing structures and 90 days for erecting new poles. Application fees are limited to $500, which can include up to five small wireless facilities. Recurring charges for placing wireless facilities on public property is limited to $270 per year, including right-of-way access fees and attachment fees.

“The FCC’s impractical actions will significantly impede local governments’ ability to serve as trustees of public property, safety and well-being,” NACo said after the vote in a joint statement with the National League of Cities. “The decision will transfer significant local public resources to private companies, without securing any guarantee of public benefit in return.”

FCC Chairman Ajit Pai held little sympathy for the local government position. “There are some local governments that don’t like this order,” Pai said. “They would like to continue extracting as much money as possible in fees from the private sector and forcing companies to navigate a maze of unnecessary hurdles to deploy wireless infrastructure.”

But fellow FCC Commissioner Jessica Rosenworcel, the lone Democrat on the panel, blasted her fellow commissioners, noting that “instead of working with our state and local partners to speed the way to 5G deployment, we cut them out.”

“We told them that going forward, Washington will make choices for them about which fees are permissible and which are not,” she said. “About what aesthetic choices are viable and which are not, with complete disregard for the fact that these infrastructure decisions do not work the same in New York, New York and New York, Iowa.”

Proponents of the rule say it will help bring broadband to underserved areas. But Rosenworcel pointed out that “you will not find a single commitment made to providing more service in remote communities…not one wireless carrier has said this action will result in a change in its capital expenditures in rural areas.”

The order, she noted, has the power to undermine agreements already in play in local governments across the country.

“Every major state and municipal organization has expressed concern about how Washington is seeking to assert national control over local infrastructure choices and in the process stripping local elected officials and citizens they represent of a voice,” Rosenworcel said.

Counties strongly protested the action in letters to the federal agency. In its 57-page letter to the FCC explaining why it opposes the rule, Howard County, Md. shows photos of how dangerous siting telecom equipment can be. In the letter, the county also documented 20-pages of legislation that it had already hammered out with local utility providers. “Howard County Government is proud of the cooperative partnerships with our local cable, gas, electric and telecommunications providers,” said Allan Kittleman, county executive and Mary Kay Sigaty, chairwoman, Howard County Council.

Howard County officials said they object to “any rules that usurp local authority to manage the public rights-of-way, including rules that would preempt localized decisions as to the location of small cell infrastructure and aesthetic concerns.”

Many other county officials also weighed in including:

Andrew Do, chairman of the Orange County, Calif. Board of Supervisors said: “The proposal designates any preexisting structure — regardless of its design or suitability for attaching wireless equipment — as eligible for a new expedited 60-day shot clock. When paired with the commission’s previous decision exempting small wireless facilities from federal historic and environmental review, this places an unreasonable burden on local governments to prevent harm to the historic preservation, environmental and safety interests of the county.”

Elbert Bennett of the Kentucky Association of Counties, said: “Expediting the review process to a time period that does not allow for thoughtful discussion and review limits local control and should be reconsidered. The proposed order would significantly narrow the amount of time for local governments to evaluate 5G employment applications from communication providers — effectively hindering our ability to fulfill public health and safety responsibilities…”

Paul Farrow, Waukesha County, Wis.: “…local government should be able to recoup any financial impact to our local taxpayers due to the deployment of 5G. If the FCC places an arbitrary cap on these fees, you are potentially creating a situation where you are mandating local government subsidize the telecommunications industry.”

Rural County Representatives of California (RCRC), an association of 35 rural California counties representing 3.7 million residents living in 55 percent of the state’s land mass, said: “RCRC supports policies that close the digital divide and provide quality broadband access to all California residents. Regrettably, we must oppose this effort to restrict local authority and stymie local innovation, while not increasing broadband access to the most underserved populations.”