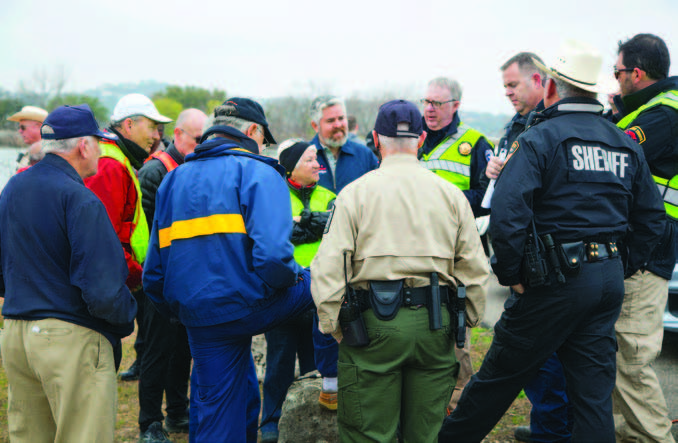 For one community in Travis County, Texas, the best way to prepare for future disasters is with practice.

Surrounded by preserved land, the Comanche Trail community is at high risk for a wildfire. Residents live in 200 homes within the community, which sits at the end of a long, narrow road that is the only way in and out of the neighborhood.

The Austin-Travis County region and its 1.4 million residents ranked fifth in wildfire risk for urban areas, according to the 2019 Wildfire Risk Report by Core Logic, a financial services company.

Travis County’s Preparing for a Wildfire with Neighborhood Fire Drills is the recipient of a Best in Category 2020 NACo Achievement Award in the Risk and Emergency Management category.

The county experienced the impacts of wildfires in September 2011 when a fire destroyed more than 1,600 homes and killed four in the town of Bastrop.

That same day, the Steiner Ranch Fire threatened more than 4,000 homes while 10,000 residents attempted to evacuate on a one-way-in and one-way-out road system.

“That’s why you do a fire drill in school, so you don’t have a bunch of school-aged kids running around screaming and crazy if there’s ever a disaster,” she said.

Officials held the first drill in March 2019 at the Comanche Trail community, which is located in Shea’s precinct.

A planning team consisting of Comanche Trail residents, the county public safety staff, the Travis County Emergency Service District 6 fire department and other community members met for over a year to create a model for community wildfire preparedness and plan for the drill.

Additionally, a block captain on each street within the neighborhood conducted evening home meetings prior to the drill where residents were educated about wildfire protection methods, preparing for disasters and recognizing the importance of evacuating.

“I think because of their heightened awareness of their vulnerability to wildfire, they were interested in doing it,” Shea said.

During the drill, Comanche Trail residents received alerts about a wildfire threat and practiced evacuating their neighborhood.

They traveled to a nearby shelter area where they registered and received post-evacuation information.

Halfway through the drill, officials informed residents that the “fire” blocked the one escape road and directed residents to an alternate safety zone.

“I think there was an excitement that was building around being part of an experiment that could not only help them, but could be expanded to be of use to neighborhoods all across Texas and nationally,” Shea said.

As part of the drill, Shea said officials advised residents to prepare a bag with essential documents and medications to practice what they would need to take with them in case of a real fire-related emergency where they couldn’t return home for several days.

“We need to be doing that in our neighborhoods, in our coastal communities, in areas that have experienced flooding,” she said. “People need to know what to do and I think there’s going to be more and more of a demand for it.”

The county created the “How to Plan a Neighborhood Fire Drill” template with an application form for other communities who are interested in replicating the drills.

“We know every place on the planet is going to see more and more intense and potentially deadly weather extremes and so there simply aren’t enough first responders to rescue everyone which means we better figure out what we need to do to get ourselves out of harm’s way,” Shea said.

A University of Texas professor helped conduct a post-drill survey to determine the value of the fire drill. The survey found that all respondents gave the drill the highest value score and agreed that it would be beneficial for other neighborhoods.

“Every season that passes we see more and more climate-related catastrophes and anything that we can do to help people be better prepared, I think we have an obligation as elected officials to do,” Shea said.