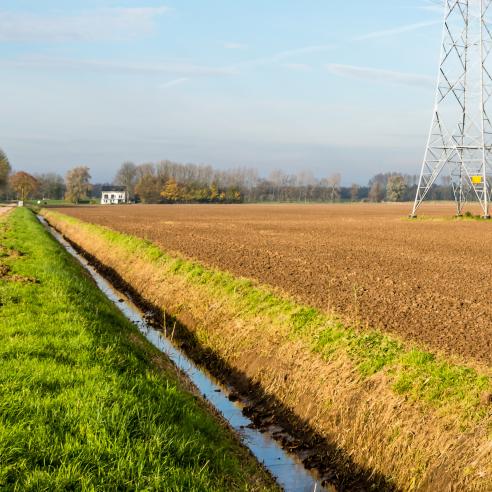 EPA prepares to rescind 'Waters of the U.S.' rule of Clean Water Act

On June 27, the Environmental Protection Agency (EPA) and the Army Corps of Engineers (Corps) signed a notice initiating the first step of a two-step process to review and rewrite the “Waters of the U.S.” (WOTUS) rule finalized in 2015.

The proposed rule on Definition of “Waters of the United States” – Recodification of Pre-existing Rules would withdraw the 2015 rule and reinstitute regulations that were in place prior to the 2015 WOTUS rule. Once the recodification notice is published in the Federal Register, the EPA and Corps will accept public comments on the proposal for 30 days. The agencies’ action is in accordance with President Trump’s Feb. 28 executive order, Restoring the Rule of Law, Federalism, and Economic Growth by Reviewing the “Waters of the U.S.” Rule. As step two of the process, the agencies plan to release a revised WOTUS proposed rule sometime this fall. The revised definition is expected to be narrower in scope and limited to those waters that flow most of the year.

WOTUS is a term used in the Clean Water Act (CWA) to determine what waters and their conveyances fall under federal versus state permitting authority. In 2014, the EPA and the Corps undertook an effort to rewrite and expand the current WOTUS definition; this rule was finalized in 2015. Since the rule was originally proposed, NACo has expressed concerns with the impact a broader interpretation of WOTUS may have on county-owned and maintained roads and roadside ditches, bridges, flood control channels, drainage conveyances and wastewater and stormwater systems.

NACo, along with the National League of Cities (NLC) and the U.S. Conference of Mayors (USCM), submitted a joint letter commenting  on the scope of the WOTUS rewrite. In the letter, NACo, NLC and USCM emphasized the important role local governments play as co-regulators in environmental programs,  and requested the following:

Once the agencies release the proposed WOTUS rule this fall, counties will have another opportunity to provide public comment.

Related to the administration’s efforts, House appropriators on the Energy and Water Appropriations Subcommittee released a draft spending bill for FY18 containing a policy rider that would limit public involvement in the EPA and the Corps efforts to withdraw the 2015 WOTUS rule. The policy rider would allow the EPA and Corps to “withdraw from the Waters of the United States rule without regard to any provision of statute or regulation that establishes a requirement for such withdrawal.” This bill advanced out of the subcommittee on June 28.

The language is in reference to the Administrative Procedures Act (APA) which lays out procedures and processes for public engagement during federal agency rulemaking efforts. Under the rider, the EPA and the Corps would not be required to meet APA rulemaking requirements in order to withdraw the rule. NACo is analyzing how this provision would impact counties ability to comment on WOTUS rulemaking efforts.