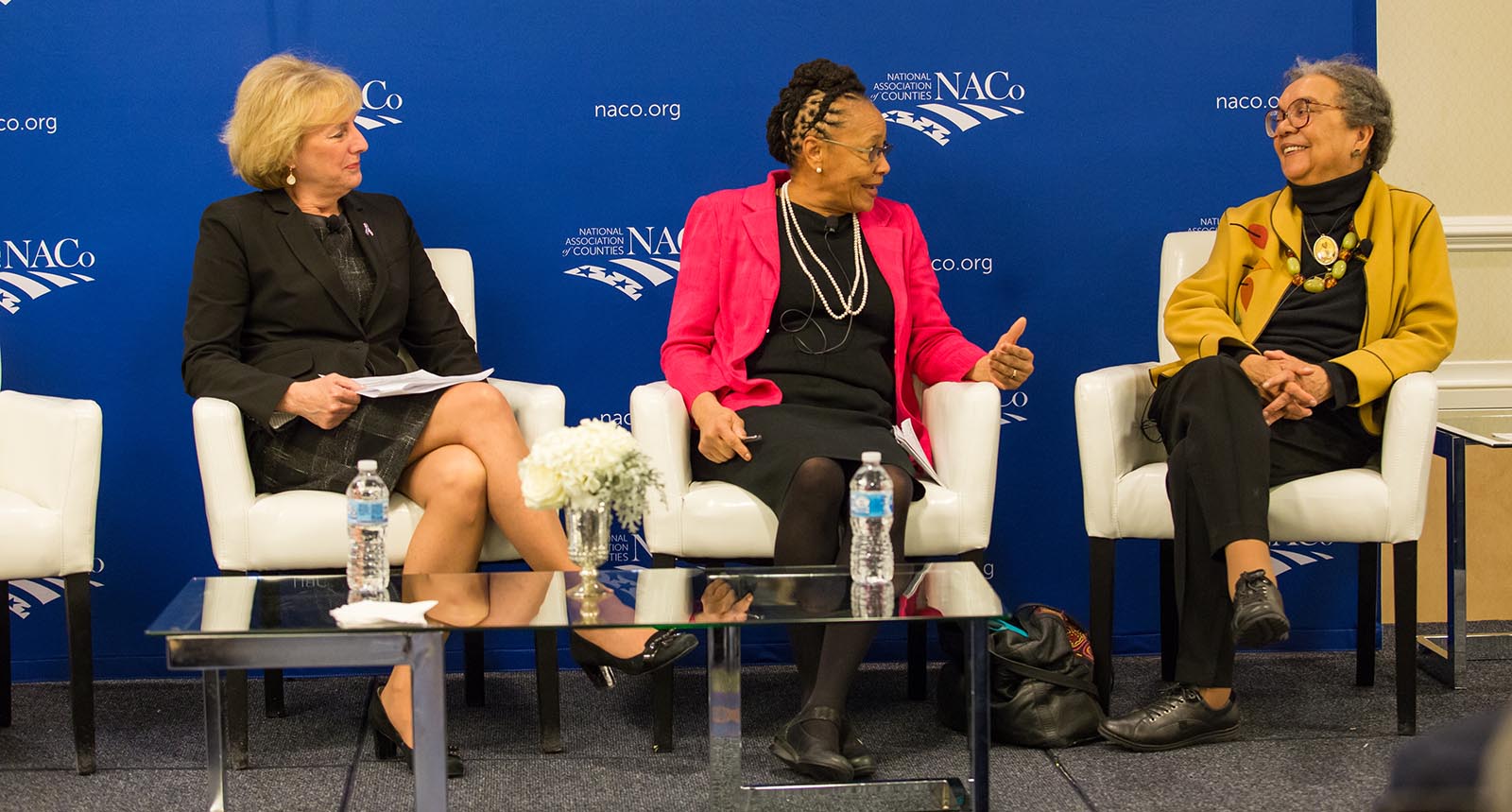 Marian Wright Edelman: "Counties are the ones we need to end childhood poverty"

Marian Wright Edelman is the rock star of children’s advocacy.

The founder and president of the Children’s Defense Fund, a Head Start champion, counsel to the late Dr. Martin Luther King and recipient of the nation’s highest civilian honor, the Presidential Medal of Freedom, Edelman commands respect and admiration.

She came to NACo’s Board Forum at the Legislative Conference with a singular message: “Counties are the ones we need to end childhood poverty.”

Edelman is launching a new initiative, an End Childhood Poverty Campaign, slated to step off within the next two months.

It will address the needs of the poorest group in America — children from birth to 5 years old.

Despite some good budget news at the federal level that saw CHIP reauthorized for 10 years and new money set aside for family preservation and child care, Edelman said “our safety net is at risk.”

About 13.2 million children live in poverty in the United States and of those, 6 million live in extreme poverty, Edelman said.

“There should be no hungry children in America.”

Reducing poverty, keeping children safe and healthy is not just a moral quest, Edelman said, but a self-interested one as well.

How can the country compete with the likes of China or South Korea? she asked, if children cannot read or perform at grade level.

She ended her formal remarks with some advice she found one day on her desk that maintained all you needed to know to succeed in life you could learn from Noah’s Ark:

Remember that the Ark was built by amateurs. The Titanic by professionals.

“We need to be building better communities and give our children hope,” she observed.