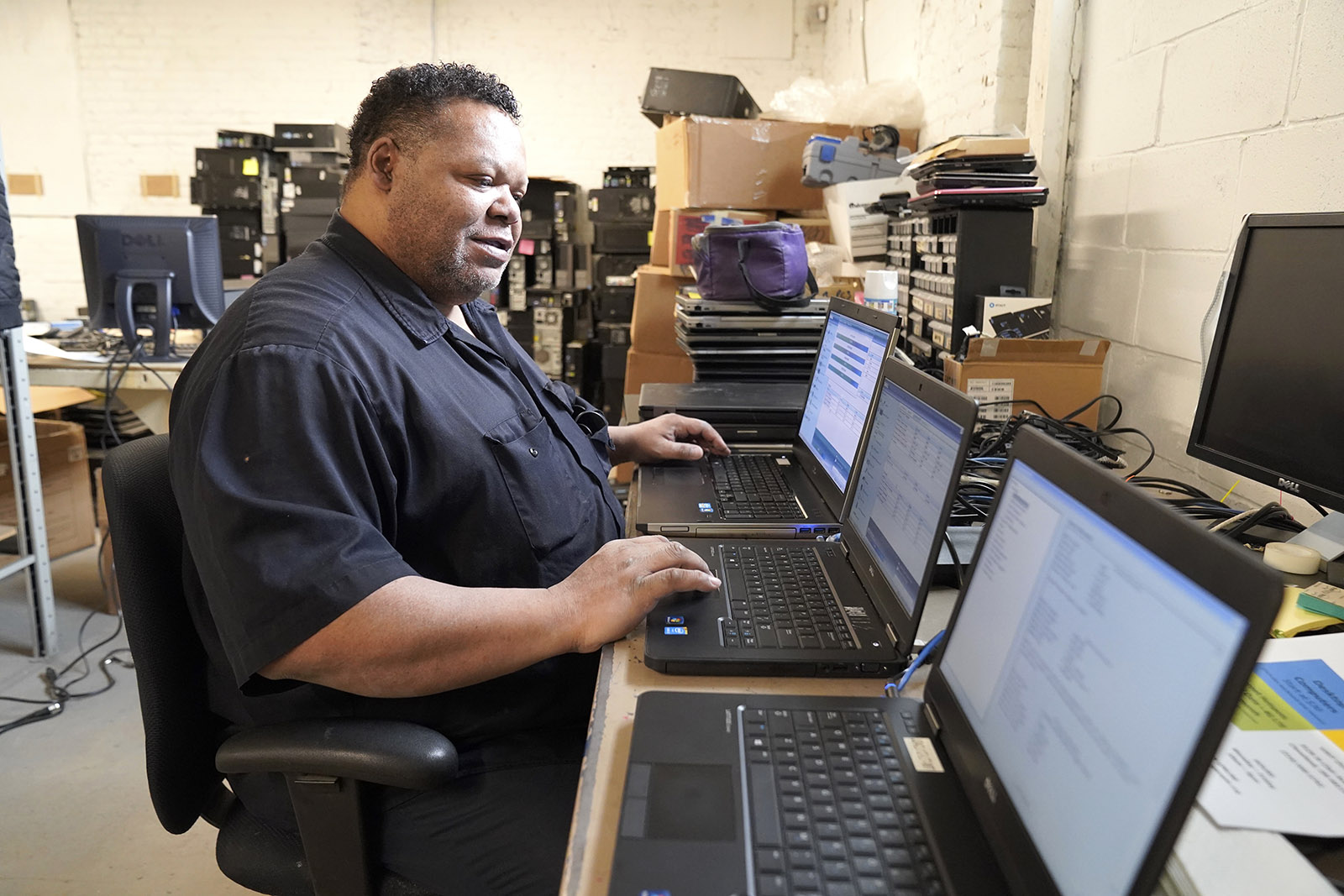 A series of digital inclusion initiatives in Cuyahoga County, Ohio is using the power of partnerships to provide internet access to the unconnected.

With one in four households in Cuyahoga County lacking internet access at home, county staff worked to better understand the problem, repurpose existing resources and partner with organizations through different initiatives to provide broadband for all.

Prior to the COVID-19 pandemic, the county partnered with the Cleveland Foundation, a local community group, to fund the “Connecting Cuyahoga” study which was completed in 2019.

The study analyzed what the digital divide looked like in the county and what return on investment the county could see by supporting digital inclusion.

The study revealed more than half of the county’s households making less than $20,000 in annual income lack home internet access and more than 37 percent of seniors over the age of 65 do not have a computer or internet access of any kind.

Cuyahoga County Chief Innovation and Performance Officer Catherine Tkachyk said while some areas lack infrastructure for broadband, the larger problem throughout the county is a lack of affordability.

“It [the study] really identified affordability as a big issue and then our senior population as being a big issue,” she said.

The study also identified the percentage of each neighborhood without an internet subscription of any type. In the City of Cleveland, the largest city in Cuyahoga County, 36.9 percent of households lack internet access.

“When you don’t know how to use the Internet, there’s a lot of jobs that aren’t open to you,” she said.

Data from the survey provided support for multiple digital inclusion initiatives throughout the county:

The county worked with DigitalC to create a “fiber ring in the sky” by placing an antenna on top of the DigitalC building and a county-owned structure in the Fairfax neighborhood. Devices were then installed in homes throughout the neighborhood.

As part of the agreement to use the county building below market rate, DigitalC agreed to provide low-cost, high-speed internet access to the community at $18 per month.

“They were looking at ‘How can we create a sustainable, community internet service provider?’” Tkachyk said.

The county used the Mobile Beacon program through Sprint, which lets libraries and educational institutions purchase hotspots with one year of unlimited internet service.

“That is a temporary solution, but during the pandemic, they were constantly checked out,” Tkachyk said.

A total of 710 hotspots are available at Cuyahoga County Library branches.

When the Ohio governor issued an order in March closing all schools throughout the state, the county helped aid school districts with the transition to online learning.

Because the pandemic caused the state’s primary election to transition from voting in-person to mainly using mail-in ballots, the county was able to use 300 hotspots that were set aside for the elections and no longer needed.

“We turned those around as quick as we could to get them out to families in need,” Tkachyk said.

The county worked with AT&T to provide free, unlimited internet access with the hotspots through the end of the school year.

Tkachyk said more people understand that internet is a utility service that is needed throughout the community because of the COVID-19 pandemic.

The county joined in another partnership with the Cleveland Foundation to establish a digital equity fund in which the county and foundation both contributed $1.5 million.

One of the partnerships that came out of the fund involved PCs for People, which provided up to 5,000 hotspots and 10,000 computers to families throughout the county where qualifying families with a K-12 student could obtain a free computer and two years of free internet access.

“It’ll get us through the pandemic and gives us some time to help solve this problem completely,” Tkachyk said.

Cuyahoga County is working with around 50 partners to find long-term solutions to bridge the digital divide, she said.

“I think that one of the unique things is the fact that we’ve really been able to work on this as a community and a lot of different people have been able to bring what they have and their assets to the table to try to work and solve this issue,” she said.