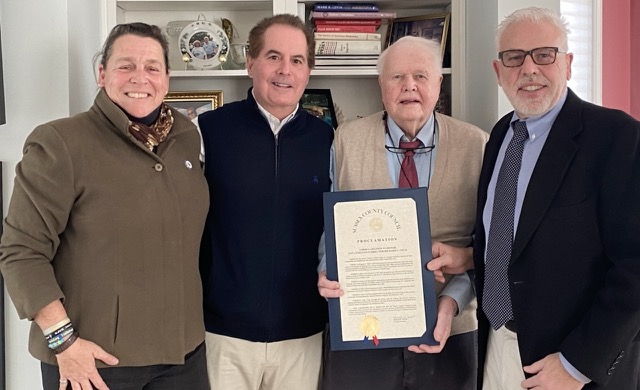 As a 20-year veteran of the New Castle County Council, Cecil won a tight 1996 election (2,069-2,019) to NACo second vice president, over Howard County, Md. Councilman Vernon Gray. Cecil’s close reelection loss in that year’s Republican primary forced him to vacate his NACo executive council seat, but he took on the association job a year later.

“His leadership would have been great for Delaware, showing that a small state could do it if you have the right person with the right personality,” said George Cole, Cecil’s successor at the association. “Dick was well liked.”

Cecil encouraged Kent County Commissioner Allan Angel to run for NACo office twice, and Angel described him as rigorous and dedicated. “As long as you could hold your own with him in a discussion, he was happy to talk to you,” Angel said. “He was incredibly encouraging of people who put their time and effort into county government. He always did the right thing, and never ‘played politics.’”

Cole, who had served as a Sussex County councilman, was thrilled when Cecil moved to his county, and when Cecil started attending commission meetings. “He was a father figure in Delaware politics, and he was relentless in convincing you to do what was good for you,” Cole said. “I was content to stay in Bethany Beach all summer, but he pretty much dragged me out to go to conferences, meet people and learn things that would make me a better leader.” After Cecil retired, then President-elect Biden said he was grateful for Cecil’s united approach among Democrats and Republicans.