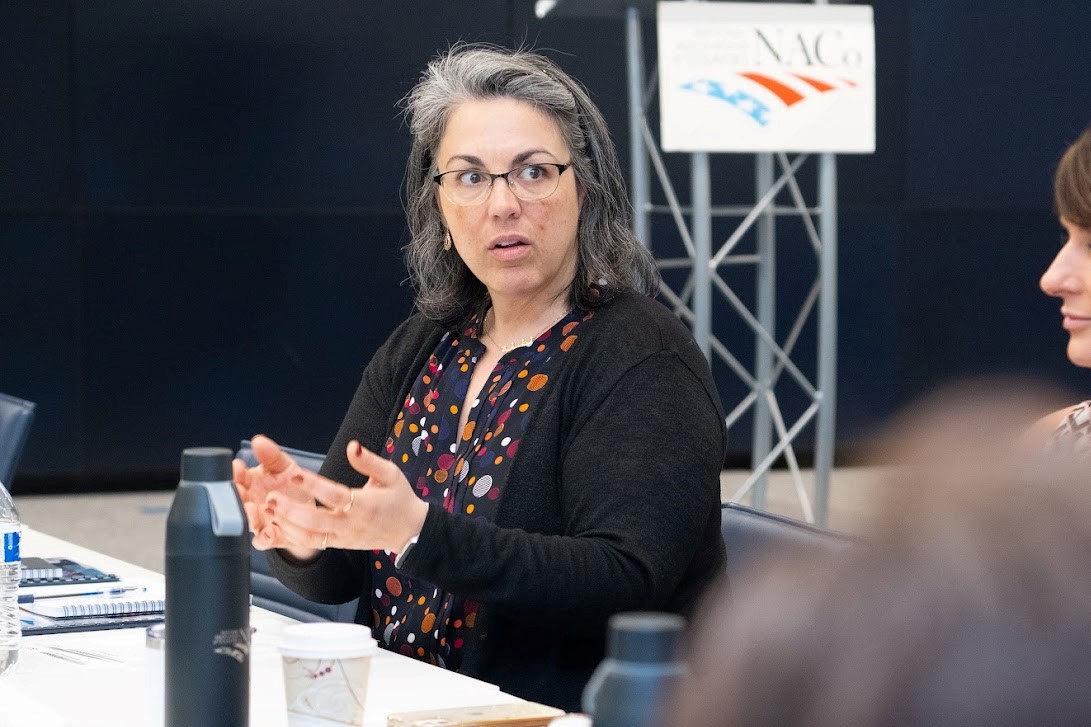 The Herald-Progress made Faye Prichard’s career in public service possible.

As an Ashland, Va. resident who got into community organizing in the early 2000s, before the dawn of social media, she didn’t have much public visibility until she met with the paper’s longtime editor and publisher, Jay Pace.

“Jay would make endorsements, but everyone had to come in and meet with him and talk about the issues,” she said. “He endorsed me and said, ‘She does her work.’ It really changed everything for me.”

Prichard won election to the town council and a decade later, joined the Hanover County Board of Supervisors. About the same time, though, she saw her hometown paper change hands when it was bought by investors in a neighboring county, then a neighboring state, with investment in the newsroom decreasing along the way.

The frequency of published news decreased, the paper’s staff photographer position was eliminated and reporters showed up less and less to town council and Board of Supervisor meetings. The news coverage became more superficial and the paper retreated as a public forum, even as it established operations near the center of town. It stopped publication in 2018.

“In my mind, the greatest downfall of local newspapers is that we don’t have reporters who know their localities and follow up on things,” Prichard said. “Part of it is that there are no reporters to call people anymore and nobody who’s invested enough in the stories to know who to call or what things are all about. You can tell what happens from the minutes, but you have no idea what any of that means.”

During the same timeframe, Hanover County lost another weekly newspaper, the Mechanicsville Local, and has seen scant attention from the nearby Richmond Times-Dispatch, which has shed staff while its owner fended off an acquisition by a hedge fund in 2021. If the county is lucky, the local Pulitzer Prize-winning columnist will turn his eye to the north from Richmond, but that’s far from consistent coverage.

Hanover County isn’t an aberration. At the end of May 2022, the United States had 6,380 newspapers — 1,230 that publish daily and 5,150 that publish weekly, according to a Northwestern University study. Since 2005, more than 2,500 newspapers have folded, accounting for more than a quarter of the papers at the start of that period, and the country is on track to lose a third of the pre-2005 papers by 2025.

The study found that 200 counties don’t have a newspaper, representing 70 million people, and 1,630 counties have only one newspaper, typically a weekly. Those communities that lose their papers don’t tend to have alternative news sources, leaving most residents to get their news from social media.

Retaining newspapers doesn’t mean things are great, either. As large chains consolidate ownership, their newspaper staffs are exposed to layoffs and job cuts, with a recent 400-person layoff at newspaper giant Gannett, with more on the horizon in December, serving as just the most recent in a decades-long reduction in journalists across the industry. Lee Enterprises, which owns the Richmond Times-Dispatch near Hanover County, has cut nearly 400 positions in 2022, also, though its holdings are smaller than Gannett’s.

Consolidations preserve some newspapers in theory, but ultimately can deteriorate the identity of local papers in a pyrrhic victory, such as when the weeklies the Humboldt Sun, Battle Mountain Bugle and Lovelock Review-Miner, representing three Nevada counties, combined print editions as the Great Basin Sun in June 2022.

At first glance, Story County, Iowa seems like a thriving media ecosystem, with three weeklies and a daily. But the weekly Nevada Journal, Tri-County Times and Story City Herald are all owned by the daily Ames Tribune, which was recently bought by Gannett. What appeared to be four different perspectives is all one, and there’s no chance that competition will drive newspapers to step up their coverage. And the staffing situation at many papers has spread reporters thin and contributed mightily to burnout. The industry is chronically underpaid and relies heavily on entry-level writers who don’t have the tenure to develop institutional knowledge.

“We have one reporter who came to a couple of meetings and she does reach out to us every once in a while, but there’s too much ground she’s got to cover by herself,” said Story County Supervisor Chair Latifah Faisal. “I think she does a pretty good job of attending the Ames City Council meetings, but I don’t believe she makes it to every single meeting.”

Though the county is developing an in-house media plan, recent years have lacked a third-party scrutiny that Faisal said would not only push the county to do better, but also give the county some outside credibility while supervisors debate and discuss important issues, like allocation of American Rescue Plan Act funding. The county tries to show its work, but nobody is watching.

“We were pushing out information on our Facebook and social media and we were talking to people about it when we were at different events, but there were very few articles in the paper about ARPA when we opened up applications for grant funding opportunities,” she said. “I think there was an article about when we finally decided to award some of the funds,” but the lack of coverage made the county’s process seem less transparent.

Karl Anton Neff, an Owen County councilmember in Indiana, understands the balance newspapers have to strike, but worries that paywalls, such as those locking stories in his hometown, at Gannett-owned Spencer Evening World, discourages residents from reading the news.

“There’s a lot of the public that expects that information to be accessible all the time,” he said.

Like Faisal, he looks to social media as an asset, particularly for small counties like his, and takes on the leadership for his council, disseminating information to his Facebook followers.

“If there is a big issue, like we’re increasing the tax rate, I’ll publish how it impacts people’s bottom lines, usually with a chart showing where the money goes and often the local paper will ask if they can use the chart and integrate it into an article.

“Local officials should step up to the plate, they can help the local news situation, if they put themselves out there and provide valuable information,” Neff said. “That could be a way to make up for when a newspaper can’t do it.”

But he said newspapers have to add their own value and make an honest effort to cover issues.

“Sending a reporter to see what’s going on and writing about it is a lot different than sending a reporter the next day to read the minutes or listen to the tape,” he said. “You don’t get the three dimensions, the commissions, the public, the counsel interplay. Is there a confrontation? Is there body language? The reporter is picking that up, you can’t do that after the fact.”

Social media is at a crossroads, with Facebook reexamining its relationships with publications that populate its dedicated news section, the Wall Street Journal reports, with deals that paid publishers tens of millions of dollars expiring this year. At the same time, Twitter’s revised verification standards are prompting soul-searching about what is reliable.

“I wonder if this isn’t the moment in history for the resurgence of the newspaper,” Prichard said.

The problem is capturing people’s attention versus, covering what is important.

“The ‘least sexy’ but most important thing we do is land use,” she noted.

“It is where you and your children will live in 20 years, how your community will develop, the safety of your home and how your schools will develop.”

But when Virginia Gov. Glenn Youngkin (R) suggested making it harder for counties and independent cities in Virginia to block dense development, Prichard saw Youngkin’s proposal to interfere with local land use authority barely make a splash in local news.

“A real reporter would have been picking it apart and reporting that the governor is trying to take control over local zoning,” she said.