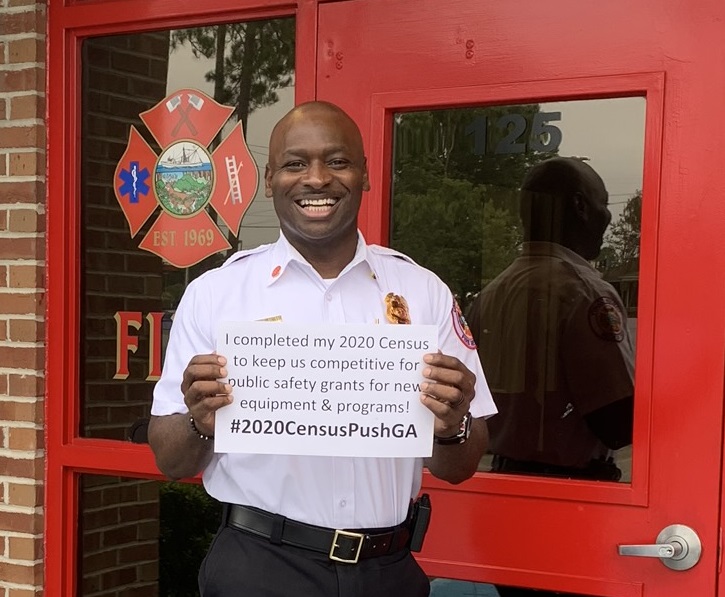 Update: The Census Bureau is holding off on winding down 2020 census data collection after a federal district court for the Northern District of California issued a temporary restraining order Sept. 5. The court will hold a hearing Sept. 17 to consider the plaintiffs' requests in National Urban League v. Ross to continue data collection until Oct. 31, as initially announced to mitigate delays resulting from the pandemic.

For one of the poorest counties in the country, an accurate count of its population is crucial to securing federal support. In hopes of topping 2010’s 52 percent rate, Turner recruited partners he didn’t have then, and they brought in hundreds of responses. Turner checked again: 31.6 percent.

“We’re under a lot of pressure to get a good count,” Turner said. “We met religiously for three months, determined to have a good turnout this time. Right now, we’re the last in the state.”

Census field workers are fanning out to counties across the country to fill in the gaps, but those working in Owsley County will spend some of that time doubling back over the responses that weren’t recorded, leaving less time to wear their shoes out tracking down the hard-to-count population.

And that was before the Aug. 3 announcement that data collection would end Sept. 30, a month earlier than previously established. In response, nearly 900 organizations, including NACo, have signed onto a letter to U.S. Senate leadership from the Census Project, pleading for the next COVID relief bill to extend statutory deadlines for four months.

“Currently, there are low response areas in every part of the country, in every state, in every city,” the letter said.

“If remaining counting operations are not done well, communities most in need of resources to improve quality of life and standards of living will get the short end of the stick for the next decade.”

“Too much is at stake — the undercount of vulnerable populations such as young children, people in low-income communities (rural and urban), immigrants, American Indians and others; congressional representation and the annual allocation of $1.5 trillion in 2 federal funding to states and localities.”

Already stretched thin in response to the COVID-19 pandemic, many counties say changing course on the support they have pledged to the census effort might not be feasible, and their only hope is to stay the course and hope that helps.

“Our original plan was to push out stuff with the schools, but those were blown right out of the water when schools closed down earlier this year,” said Cooke County, Texas Judge Jason Brinkley, whose county sat at a 58.7 percent response rate as of Aug 13.

“Our plan is still to use the schools in the next couple of weeks to distribute as much information as we can, but we’re basically just at the whims of the shorter timeline.”

Cooke County’s second avenue for getting information out to residents was churches, which are mainly empty during the pandemic.

Up in Illinois, Cook County was also thrown for a loop by the new deadline, but in a larger county with more resources dedicated to the census efforts, there’s a little more adjustment that can be made.

“We’re going to shift our priorities to be more grassroots,” said Jourdan Sorrell, director of public policy and research for Commissioner Stanley Moore.

“This news has just reemphasized that success is going to come from a collaborative approach.”

“We know exactly which neighborhoods we need to improve on,” Sorrell said. “That’s making these adjustments a lot easier.”

Sorrell said that though the county was focused throughout on the census, the civil unrest in June following George Floyd’s death forced parts of the county to redirect efforts to repair community relations and property damage, which cost the census efforts some time.

“We knew from the beginning this would be a journey,” Sorrell said.

“When the pandemic hit, it took away a lot of the face-to-face events we had planned, and a lot of those went virtual. We can still get things done on an operational level, building coalitions with other organizations, but it forced us to rethink a lot of what we were planning.”

In Henderson County, N.C., Planner Jacob Compher planned to speak to the local Rotary Club in a remote meeting.

“The new deadline gives us a whole new sense of urgency,” he said. “We’re making new efforts to reach out to trusted voices who can communicate the importance of the census to people who have been hard to reach.

“In a rural area like this, distrust for government can be a key obstacle, nobody wants to give away personal information, so these messages aren’t always the best coming from the government, even local government.”

Henderson County has a significant migrant worker population, and reaching them through social service nonprofits has helped the effort make inroads with that community, Compher said.

He was already worried about how the pandemic would throw the county’s plans into disarray, and even though the data collection deadline was extended, Compher feels it won’t be enough to get an accurate count.

“It was already going to be challenging for the enumerators, going out to some of those rural places, now I know it’s desperate that they get out the door,” he said.

There’s no room for complacency when federal funding and representation is on the line, though.

Even for Dakota County, Minn., which has broken the 80 percent self-response rate, beating its 2010 rate, that 20 percent remaining seems daunting to Management Analyst Jane Vanderpoel.

She credited the extended deadline with giving the county’s residents time to meet their 80 percent goal.

“We still have 33,000 households to hear from, that’s why we signed onto the letter,” she said. “We need more time to do this right in these conditions.” 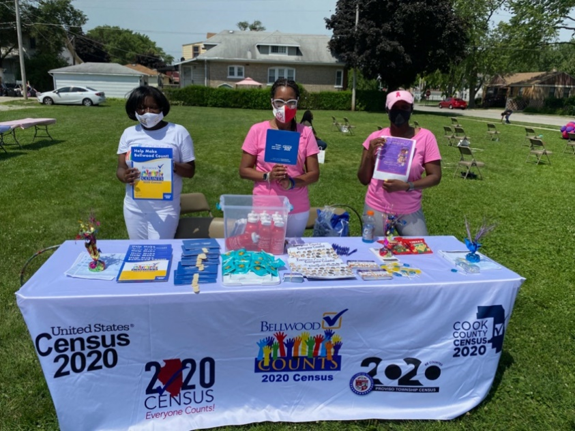