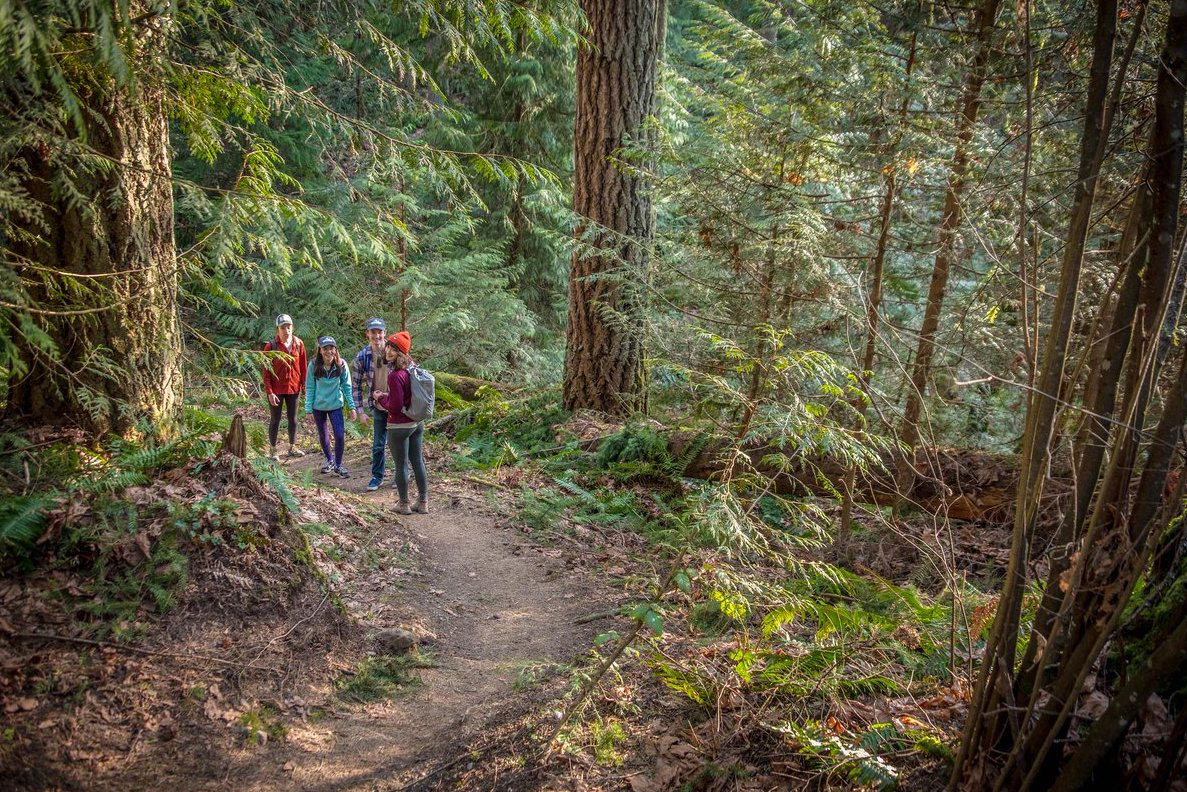 In order to filter by the "in queue" property, you need to add the Entityqueue: Queue relationship.
King County, Wash. is one of the first local governments to allow businesses to purchase carbon credits to offset emissions

In King County, Wash., a new program is protecting local forests by offering companies the chance to offset their carbon emissions.

King County’s Forest Carbon Program was launched in May and allows companies to offset unavoidable carbon emissions through purchasing carbon credits, which are created when threatened forests are permanently protected from development. The county is one of the first local governments in the United States to offer certified carbon credits.

According to the U.S. Forest Service, forests across the country store 10 percent of the country’s carbon emissions. During photosynthesis, forests absorb carbon dioxide, store carbon and produce oxygen, helping to remove carbon dioxide from the atmosphere.

King County is located in northwest Washington in the Pacific Northwest region of the country, where forests cover more than two-thirds of the county’s land area.

“We happen to be in a part of the world where our forests do a really great job of that [storing carbon],” said Kathleen Farley Wolf, Forest Carbon Program manager.

“We’re trying to provide this extra incentive to help that happen.”

Through the forest carbon program, the county acquires land and enrolls it in the project. King County is experiencing rapid population growth, Wolf said, which comes with the potential for more land to be developed, resulting in fewer green spaces throughout the county and higher land prices. The county generates the carbon credits by preserving forests on this acquired land.

“This is all kind of based on what happens to it [the land] through that acquisition versus what would have happened to it otherwise… You can calculate carbon property on the baseline, which are those scenarios if it hadn’t been acquired versus in the project, which means it has been acquired. The difference between those two is your carbon credits,” Wolf said.

The project is then audited by a third party to ensure the carbon is credited properly and the offsets are real and permanent. At the end of the process, carbon credits are issued and can be sold to businesses.

“There aren’t very many forest carbon projects in Washington state or really in the Pacific Northwest generally, so for companies that do want to buy local credits, we’re one of the few out there,” Wolf said.

The county has two different types of credits: rural and urban.

Rural carbon credit values are reviewed by the Verified Carbon Standard, which Wolf said is the largest standard globally for forest carbon projects.

The urban project is verified by City Forest Credits, a new smaller standard based in Seattle.

The first batch of King County’s rural forest carbon credits are being sold to Microsoft.

The first buyer of the urban credits is a local company based in the county called Fisherman’s Finest, a fishing company that operates in the North Pacific and Bering Sea.

“One of the appeals of the credits that we produce is that it’s a local credit so when they buy it, there’s the climate benefit and the carbon offset, but it also is contributing to a lot of co-benefits that are available here in the local area,” Wolf said.

For county residents, benefits include improved water quantity and water quality, better habitats for wildlife and more recreational opportunities on the land acquired by King County.

The process is best described as going full circle starting with the county acquiring forests at risk of development, then offering companies the opportunity to purchase carbon credits and finally, using the money from the carbon credits to acquire more land to protect.

The carbon credit program developed out of the county’s strategic climate action plan, which emphasizes the role in mitigating climate change. Wolf said this was a motivating factor to create another mechanism to maintain and increase forest cover in the county.

The program also developed out of King County Executive Dow Constantine’s initiative to conserve the last 65,000 acres of priority land in the county. According to Wolf, an advisory group acknowledged a need for alternative funding sources to reach this goal, helping to get the Carbon Credit Program off the ground.

“We are making it possible for local companies to help us protect forests, confront climate change and promote healthy habitat right here where their employees live, work and play,” Constantine said in a statement.

“Our first-of-its-kind carbon credit program has the potential to be a national model for public-private partnerships that improve the quality of life for people and wildlife in their own backyards.”

Currently, the program only involves King County-owned properties, but Wolf said the department is working to find ways to involve private landowners who can view an additional income from selling their carbon credits as an incentive to keep forests on their land.

“It really engages the business community in King County as a participant in conservation in a way that we don’t always have good mechanisms for,” Wolf said.