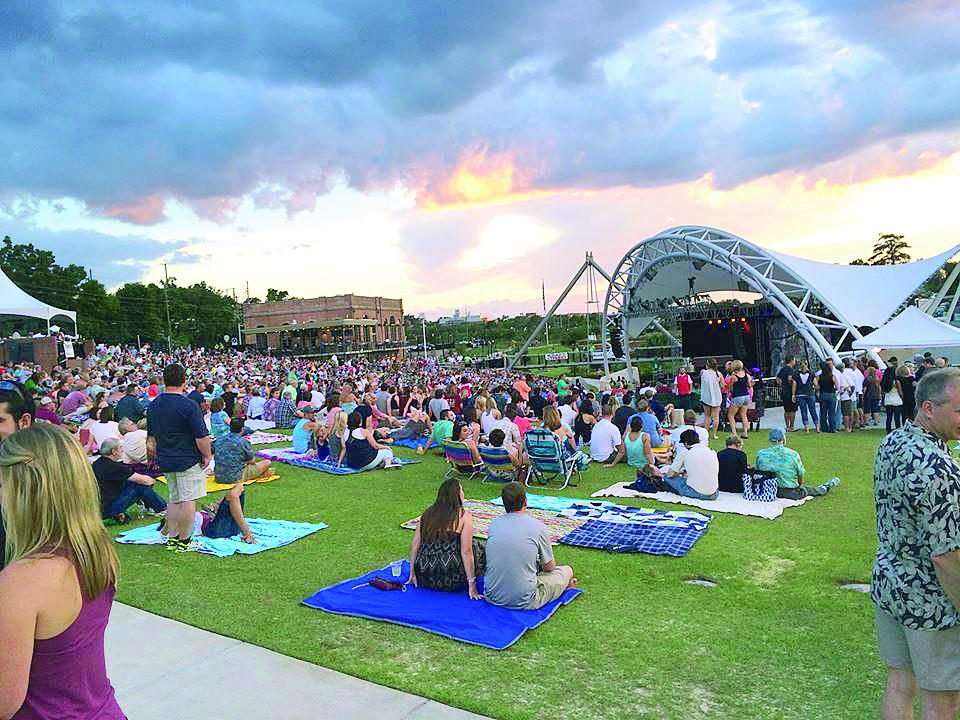 Leon County, Fla. found a good use for a landfill at the end of its useful life - Cascades Park.

Leon County, Fla. found a good use for a landfill at the end of its useful life - Cascades Park

Each person in the United States will toss out an average of 102 tons of garbage in their lifetime, according to author Edward Humes, whose book Garbology: Our Dirty Love Affair with Trash digs into the topic. That works out to a little more than seven pounds per person per day. Much of the trash goes to one of the 2,000-plus local landfills across the country.

And recently, with China accepting fewer processed recyclables, landfills across the country are seeing an uptick in items that used to be recycled.

If your county has a landfill, there are ways it can become more than a dumping ground at the end of its usefulness.

In Leon County, Fla., Cascades Park, a former landfill, is a public gathering place that includes trails, playgrounds, a 16-foot waterfall, interactive fountains, a war memorial and a state-of-the-art amphitheater for concerts and community events.

“Like many communities, over that time, neighborhoods have been constructed around the landfill, it was originally in a very rural area, so we were cognizant of impacts of odor to nearby neighbors,” said Maggie Theriot, director of the county’s Office of Resource Stewardship.

“Starting about 15 years ago, the County Board of Commissioners saw the long-term vision and constructed a transfer station which allowed us to ultimately close the function of the landfill and transfer the waste to a regional landfill,” she said.

The visioning for the park was fairly simple but the closure was more complicated and expensive, she said.

“The process of closing a landfill is not as simple as just putting a closed sign out on the driveway,” Theriot said. “It’s a highly regulatory process through the Department of Environmental Protection here in Florida, as it should be, to protect water quality and long-term impacts of such a landfill if it’s not done properly.”

Tipping fees helped pay for the closure of the landfill.

While serving on the County Board of Commissioners, John Dailey went before Congress in 2017 to talk about the turnaround.

“We are justifiably proud of our 24-acre Cascades Park, a former manufactured gas plant and landfill site, located just blocks from the Florida capitol in downtown Tallahassee,” he told a House subcommittee.

The park also serves as a sponge of sorts when it rains, using a system of culverts, retention ponds and constructed wetlands to mitigate local flooding, he noted.

“Even though we have had multiple significant storms in the past several years, our surrounding neighborhoods have not experienced flooding since the park was built,” said Dailey, who was recently elected mayor of Tallahassee.

County leaders began rethinking the landfill site in 2010, partnering with Tallahassee to redevelop it, using a 1-cent sales tax and an EPA Superfund grant.

The construction of the park cost $25 million, with most of the funding, $21 million, coming from the sales tax.

As land becomes harder to find for any county, Theriot said county officials need to be planning about a decade ahead if they decide to make a change. Landfills continue to settle over 30 years after they’re closed, she said, and any counties considering new development for a landfill need to know what they can’t build,  such as ballparks or tennis courts.

“That would not be the right mix, as that land is settling constantly over the next few decades,” she said.