County teams rushed in as Ida made landfall 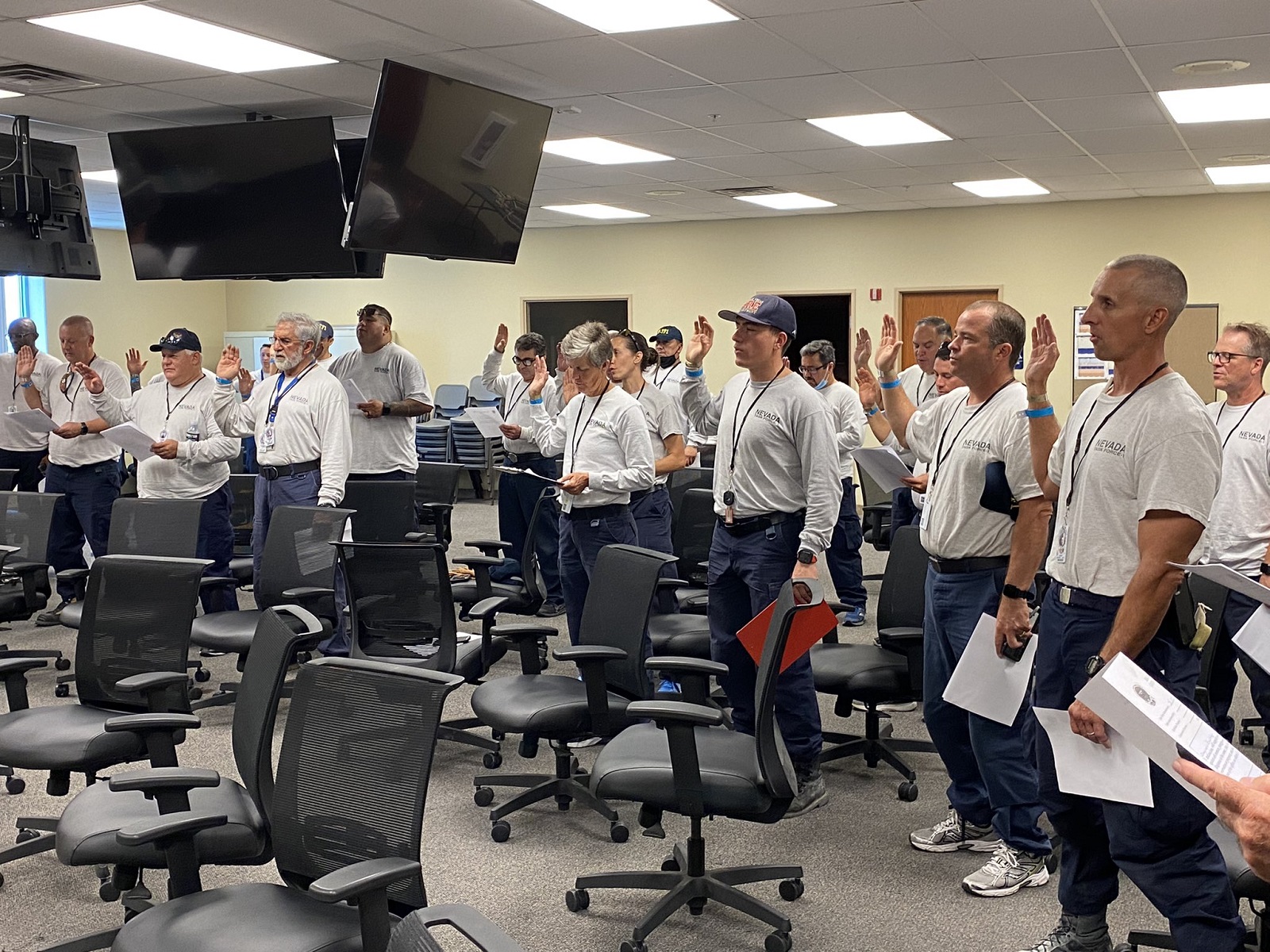 Nevada Task Force 1 members take the oath of office prior to deployment to Louisiana for Hurricane Ida. This is a federal mission, for which the oath is required. Photo courtesy of Clark County, Nev.

County emergency service teams traveled to aid the parishes and counties as Category 4 Hurricane Ida made landfall Aug. 30 in Louisiana, where it was eventually downgraded to a tropical storm and eventually a tropical depression.

The storm has caused flooding, property damage from flying debris, widespread power outages in Orleans Parish, La. and at least one confirmed death, after a tree fell on a home in Ascension Parish. The storm recorded sustained winds of 30 miles per hour, gusting to 40 miles per hour.

The storm came as local governments were facing an Aug. 31 deadline to submit the Interim Report and Recovery Plan Performance Report for the U.S. Treasury Department’s American Rescue Plan (ARP) Fiscal Recovery Fund. Recognizing the challenges that preparation for a hurricane adds to county administration, the Treasury Department has offered extensions to parishes in Louisiana and counties in Alabama and Mississippi.

County and parish staff can notify Treasury at SLFRP@treasury.gov, providing a clear explanation of why the report is unable to be submitted on time and proposing a specific date by which you will submit the report. Treasury will document this information in its reporting system so that appropriate jurisdictions will not be included in any public reporting about jurisdictions that failed to submit reports in a timely manner.

The mutual aid from county personnel came from across the country. Butler County, Ohio’s Emergency Response Services Team sent 19 workers and one critical incident manager to East Baton Rouge Parish, along with eight vehicles with supplies, four boats, one command trailer and one ERS truck.

"Our training and service to the community reaches far beyond the borders of Butler County. If we are called up to assist other agencies in a time of crisis we will answer that call without hesitation," Sheriff Richard Jones told the local NBC affiliate.

The Pottawatomie County Swiftwater Rescue Taskforce, based in Oklahoma, deployed to West Baton Rouge Parish. Pottawatomie County Emergency Management Director Chad Larman told the Shawnee News-Star that the group will be traveling flooding areas on their boats to rescue stranded people that could not make it out in time.