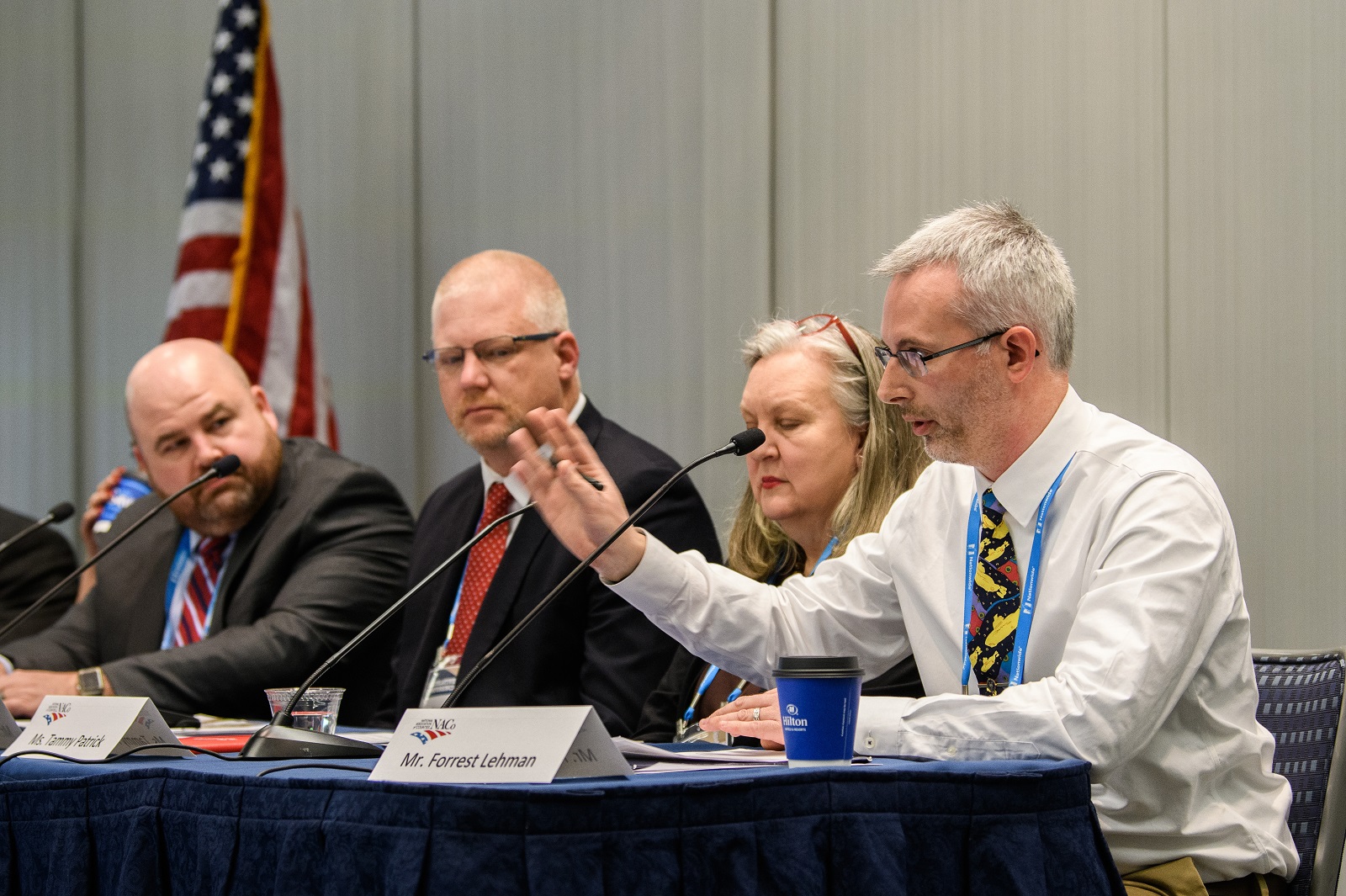 In order to filter by the "in queue" property, you need to add the Entityqueue: Queue relationship.
Counties should check up on elections officials, because “they’re in dire need of help.”

Supply-chain issues could impact the paper — the ballots, envelopes and inserts — that county election officials will need for the November 2022 elections, a panel of election officials warned Saturday, Feb. 12. In addition to supply-chain issues, the paper industry has reported they are also contending with tightening capacity and a labor shortage.

“There’s not only the paper shortage, but the cost of the paper,” said Aaron Flannery of the Maricopa County Recorder’s Office, who took part in the panel discussion about elections at a meeting of NACo’s Finance, Pensions and Intergovernmental Affairs Steering Committee.

Tammy Patrick, senior advisor of elections for the Democracy Fund, warned that any elections office ordering paper in late summer for the November election “may not get it.”

Ben Hovland, commissioner, U.S. Election Assistance Commission, who moderated the discussion, asked panelists about other trends they are seeing on the elections landscape.

“We have seen a weaponization of elections,” said Patrick.

In Lycoming County, Pa., where Forrest Lehman has directed elections and registration for the past seven years, he said he continues to see a segment of the population obsessed with the 2020 presidential election. He has seen a shift, he said, in how the public engages with his office.

“When they call our office, they’re already deeply suspicious about whatever it is they want to know…there’s no benefit of the doubt anymore,” he noted. “There’s ‘something going on,’ and they want to get to the bottom of it.”

“And we have to talk from that place,” he said.

“We’re trying to correct the record one voter at a time.”

In Maricopa County, Flannery noted they are also combating misinformation and has launched a website dubbed “Just the Facts,” to do just that.

Other challenges for election officials include security issues, unfunded mandates from states and federal lawmakers and a shortage of poll workers.

Patrick offered a checklist of ways counties can prepare for the 2022 election: