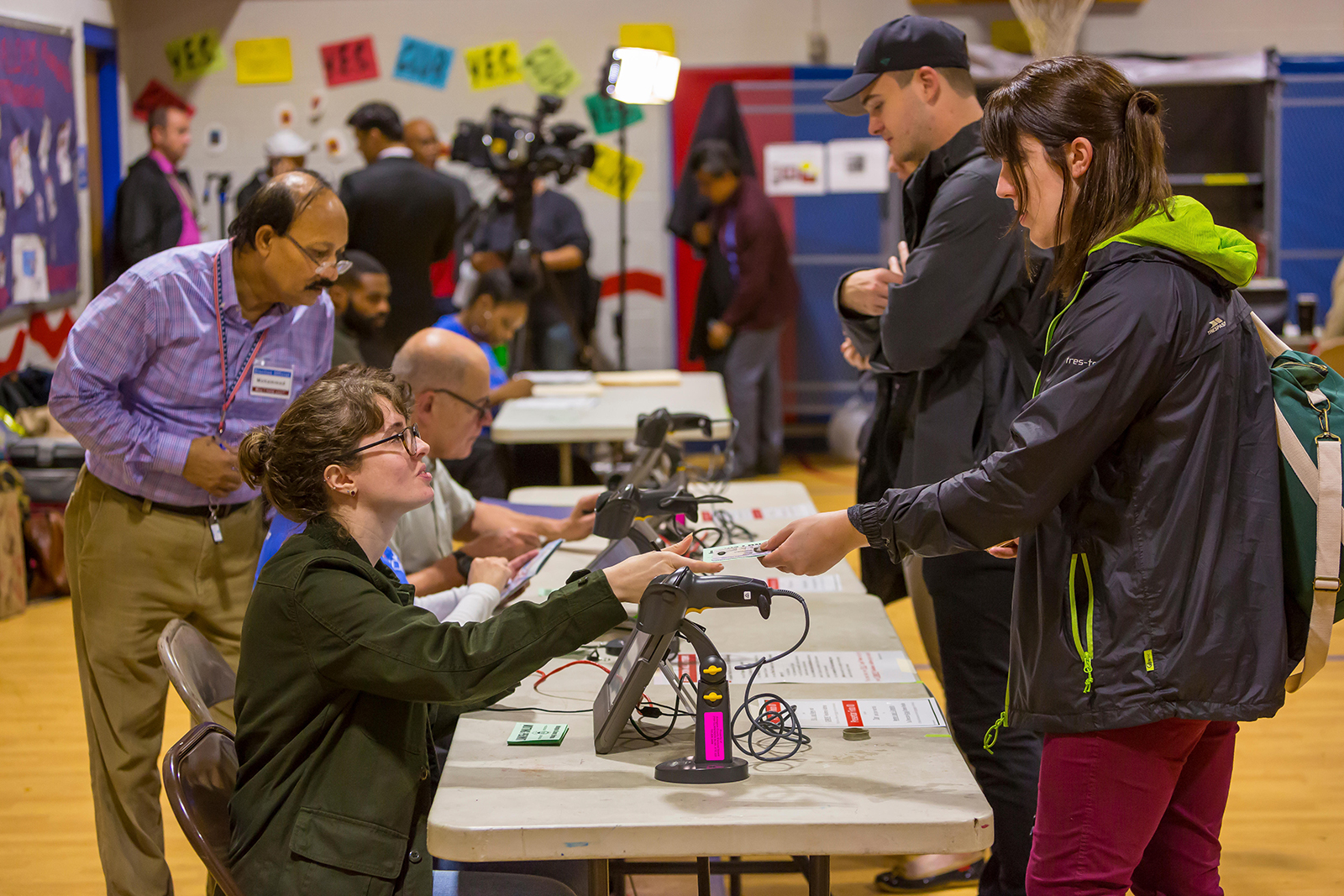 In order to filter by the "in queue" property, you need to add the Entityqueue: Queue relationship.
County officials Pete Stauber, Chuy Garcia, Tim Burchett and Veronica Escobar are headed to the U.S. House of Representatives, with Ben McAdams possibly joining them Clark County, Nev, Commission Chair Steve Sisolak is moving to the Nevada governor's mansion

County officials from across the country will swap the county courthouse for an office on Capitol Hill after taking home wins in the Nov. 6 election.

Here’s a snapshot at press time of those being followed by County News.

Stauber’s victory in the 8th District is the second for a Republican in 71 years. The seat is held by Rep. Nick Nolan (D), who is retiring.

In a race too close to call at County News press time, Salt Lake County Mayor Ben McAdams was leading incumbent Rep. Mia Love (R) in the contest for the state’s 4th District. McAdams has served as mayor of Salt Lake County since 2013. Love, the first black female Republican to serve in Congress, was running for her third term.

Nothstein, a Republican, fell behind in his bid to win the new 7th District, losing to Democrat Susan Wild.

However, as of Wednesday, Nov. 7, he had a razor-thin lead of 58 votes over Wild with provisional and absentee ballots remaining to be counted.

If the results stand, Nothstein would represent the former 15th Congressional District through the end of the year.

In statewide races, Clark County, Nev. Board Chair Stephen Sisolak will move from Las Vegas to Carson City, thanks to his successful bid for governor of the Silver State. Sisolak will be the first Democrat to hold the office since 1994.

Molinaro carried 44 of upstate New York’s 50 counties and added three additional counties in his column, but was outflanked by Cuomo’s wins in New York’s large cities.