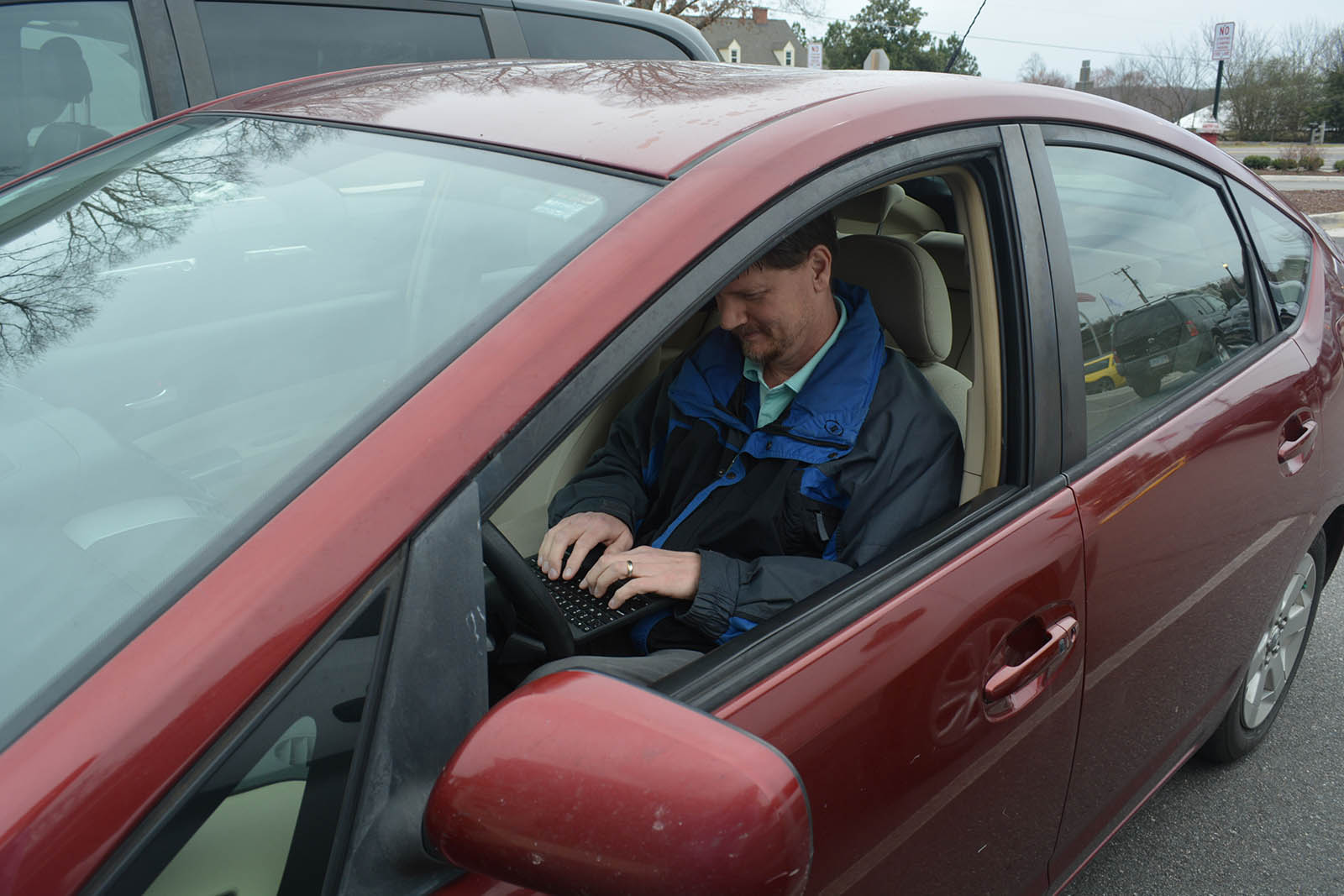 In the parking lots of a fire station and the county administration building in Goochland County, Va., county residents can now sit in their cars and check the latest trending hashtags or catch up on the news.

The county installed external and internal hotspots in early February at certain county facilities as part of a larger broadband internet initiative to bring internet access to areas without it.

Goochland County is located west of Richmond and on the outer edge of the metro-Richmond area. Administrative Services Manager Paul Drumwright said a significant population of the rural county does not have broadband access.

Some areas have had private providers extend service, but for other areas, specifically in the western portion of the county where there is more farmland and large properties, broadband does not exist.

“Broadband is something that is a necessity,” Drumwright said. “No longer just a nicety.”

Goochland County IT Director Randy Buzzard helped install the hotspots in six fire stations and the county administration building. There are plans to install external hotspots at the county library, which already has Wi-Fi access internally.

Buzzard said the county chose the fire stations as hotspot locations because they are spaced out around the county. He explained that there were already fiber connections via a local network to these locations, leaving his team to just add more bandwidth on the network to make it available to the public.

“Since these are placed around the county in those service districts, it allows for a place for someone who doesn’t have internet in that particular area a place that they can drive to and jump on the internet via the hotspot,” Buzzard said.

Users can select the public Wi-Fi on their devices and agree to the terms and conditions to take advantage of the free internet access. A map on the county’s website shows the locations of each facility with a hotspot and the designated parking spots where county residents are encouraged to park to use the Wi-Fi.

“They can pull up, park in these designated locations where we’ve ensured the signal is pointing in that direction,” Drumwright said.

Buzzard said his team worked with fire chiefs to ensure they were not interfering with the fire stations’ operations and to determine where in the parking lots were the best for the public Wi-Fi access points. Drumwright added that firefighters and volunteers have also benefited from the installation of the hotspots because it has improved their signal in the fire stations.

The county paid for the hotspots through additional savings and reserves in the IT department. The installation is part of Virginia Gov. Ralph Northam’s vision to provide broadband to the entire state within 10 years.

As the county and state are working on further expanding broadband, Drumwright said the county wanted to bridge the gap to provide temporary options to access the internet.

“The hotspots are meant to be a short-term bridge providing accessibility for citizens while we work on that long-term plan of rolling out broadband to folks’ home,” Drumwright said.

For longer-term strategies within the county, Goochland County officials established a 10 steps to broadband internet initiative, which outline ways to provide broadband in underserved areas.

“The 10 steps came out of that as part of our looking to take a more aggressive approach to broadband,” he said.

The county has helped bring together neighboring localities in the region to partner with suburban and rural counties to be more of a draw for providers.

“We’re all dealing with the same issue and making sure we’re talking to our neighbors and if they’re doing something we can benefit from, that we can learn,” Drumwright said.

But for now, the hotspots are working to fill the need.

“This is a first step — just a place people can go, jump on the internet for free, but we got to do some other things to attract more internet service providers in the area and get better broadband in the county,” Buzzard said.