County highlights its workforce plans with ‘Back to the Future’ video 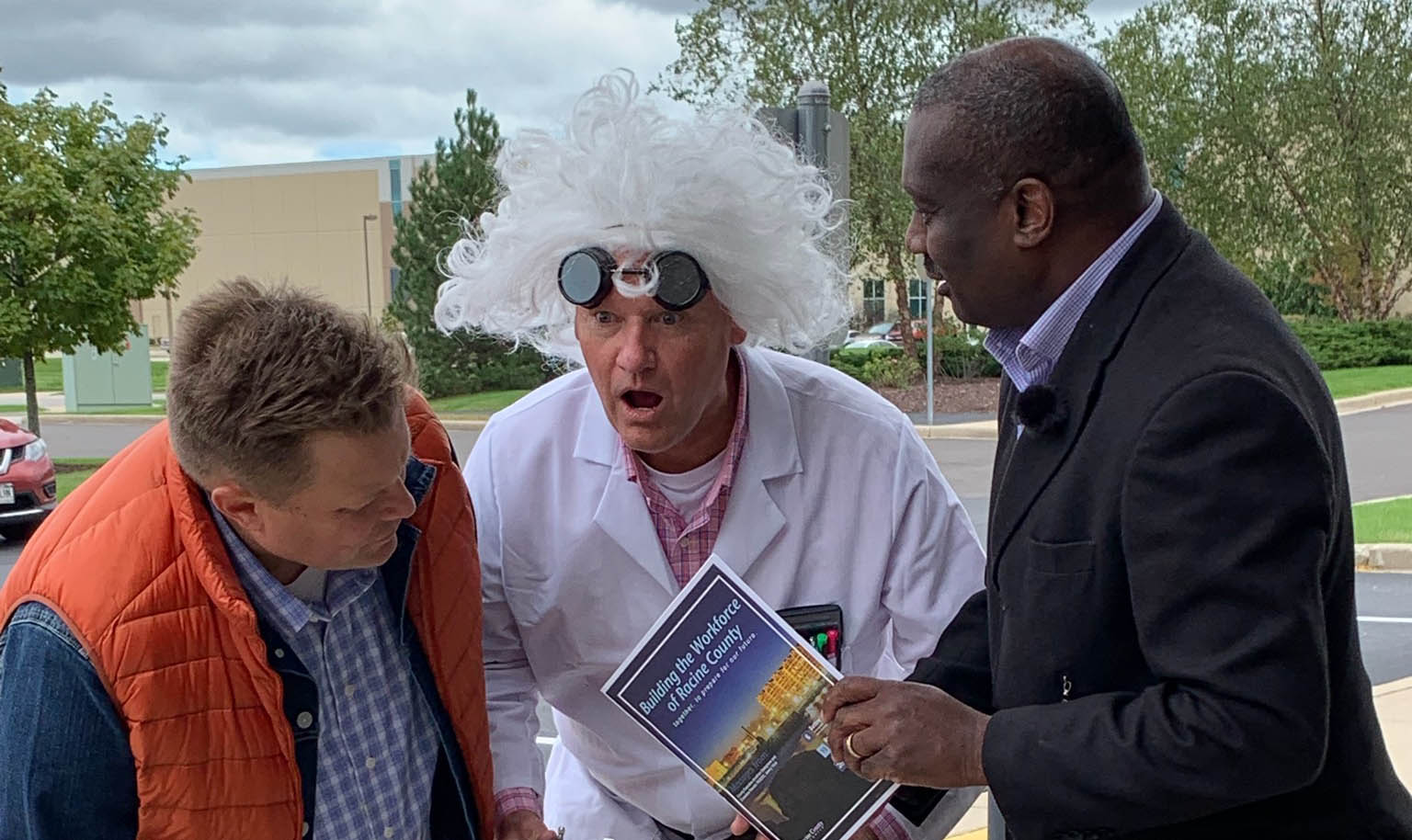 In order to filter by the "in queue" property, you need to add the Entityqueue: Queue relationship.
https://www.youtube.com/embed/5egMznSz48c A "Back to the Future" parody video envisions a bleak future unless Racine County gets its workforce in gear for the local economy's needs.

Racine County, Wis. is going “back in time” to emphasize their workforce development plan through a “Back to the Future” inspired video.

The “Building the Workforce of Racine County (Back to the Future Theme)” video, posted to the county’s YouTube page, mimics the 1980s science fiction movie.

The video begins with an authentic-looking DeLorean pulling up to Racine County Executive Jonathan Delagrave, who plays the character Marty McFly (played by Michael J. Fox in the movie version) in the video. His character is referred to as “Johnny,” a play on his first name and the character he is portraying. Doc Brown, played by Gateway Technical College President Bryan Albrecht, is sitting in the driver’s seat.

Albrect and Delagrave take off in the DeLorean to the year 2021 where they land in Illinois, “the land of no workforce and high taxes,” Delagrave says in the video, making the first of many inside jokes.

“We’re right on the border of Illinois,” he said. “Anytime we can take a nice polite jab at Illinois we do.”

Their next stop in the DeLorean is back to Racine County, but in the wrong year. The two find themselves at County Road MM, a main road in the county, which was under construction for two years but was expected to be completed sooner.

“We just wanted to make light of it and people got a kick because it was a pretty big issue for a while on why the road isn’t done,” Delagrave said.

In the video, the Racine County Sheriff pulls over Albrecht and Delagrave. He wrote the two a citation saying, “Seems how you haven’t raised my budget, I need all the revenue I can get.” Delagrave said this scene was “playing fun at each other” because he works closely with the sheriff to establish a budget.

Albrecht and Delagrave then travel in the DeLorean to the Gateway Technical College in Racine County in 2021. The DeLorean pulls up to the school where they see students learning how to use various pieces of equipment and new technology.

“Our future hasn’t been written yet, nobody’s has. Our future is whatever we make it, so let’s make it a good one,” Delagrave said in the video, before they take the DeLorean back to the year 2019 and the video ends.

The county worked with a local video producer, who created past Racine County videos, to create the “Back to the Future” video and paid for it through workforce money budgeted through marketing and promotions. They found a DeLorean about two hours away.

County officials unveiled the video at a workforce luncheon that included all of the county’s main businesses.

Delagrave said the main message of the video was to show that the county’s economy is growing and the county is facing a hiring shortage, adding that a study found there will be a shortage of over 5,500 jobs by 2021.

“Right now, we have more jobs open than people, so we really need to create that workforce for our existing businesses and those new jobs coming online,” he said.

County staff wanted to find a unique way to convey what would happen if the county lacks a workforce and brainstormed the “Back to the Future” theme for a video.

Other county officials are featured in the video including the workforce solutions manager, the Racine police chief and Human Services Director Hope Otto, who helped write the script for the video.

Otto said they wanted to grab the attention of the business community, philanthropic community and community leaders to get them excited, inspired and engaged about the future of the workforce.

“Beyond just informing, we didn’t want it to be a data share, where we’re just spewing out information,” Otto said. “We really wanted to get them excited and I think humor is a great bridge for that.”

Employing those who have had barriers to finding jobs, using the technical college and school districts to prepare students for future jobs and attracting talent.

When it comes to the video, Otto said there’s often a stereotype about governments doing things in mundane and bureaucratic ways and not being able to do something that may be considered frivolous.

“We need to look at ourselves as a competitive partner in the marketplace with private industry and this is one way of us kind of making that bridge and doing the video and thinking of things in the way that the private sector does,” Otto said.

Delagrave said the county has received positive feedback on the video.

“Get creative, be bold and my experience is most of the time that works out,” he said. “Our community has gotten really behind this video.”