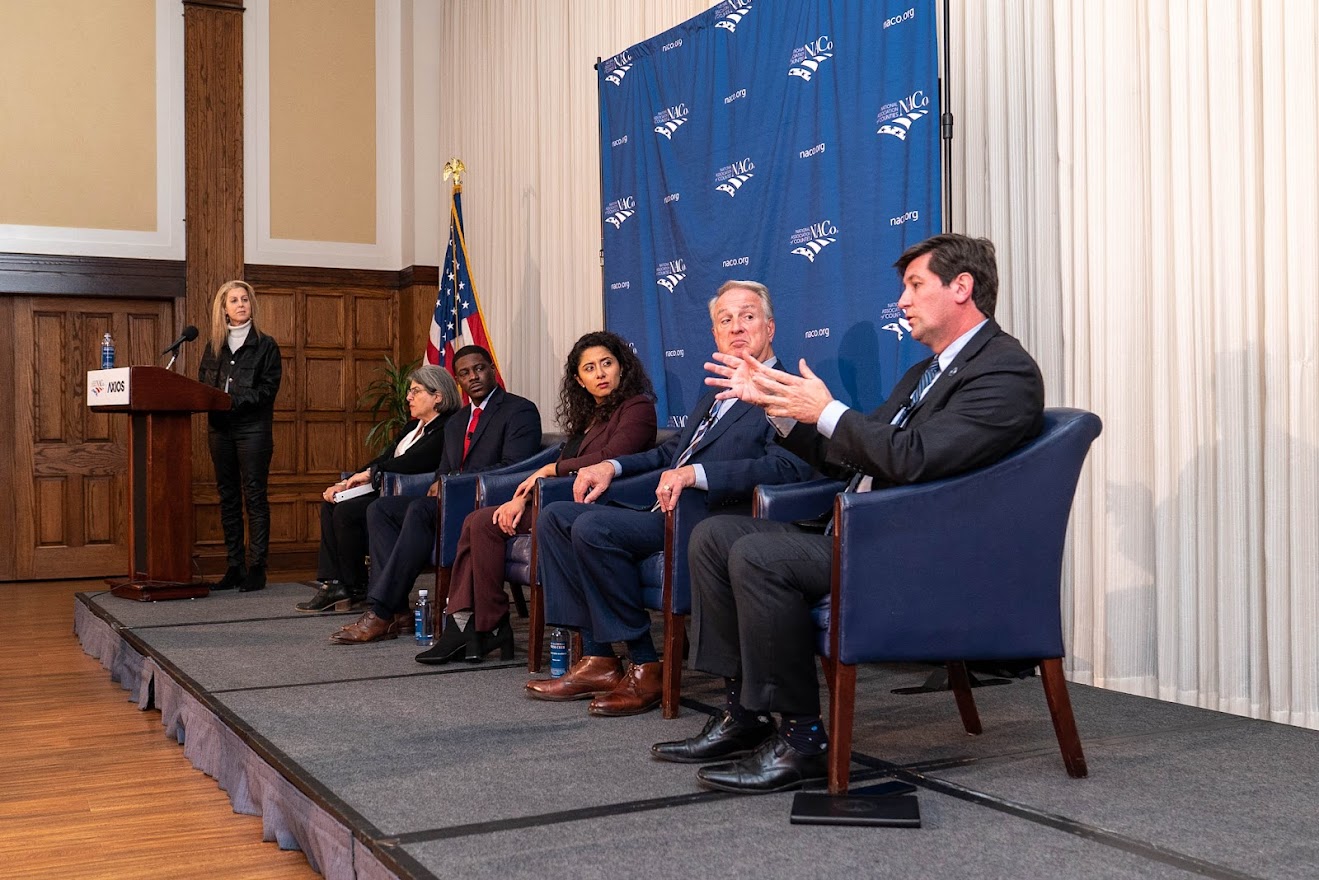 In order to filter by the "in queue" property, you need to add the Entityqueue: Queue relationship.
County executives have pinpointed where new infrastructure funding can have the greatest effect in their communities, and they discussed their thought process during a panel discussion Dec. 8.

If the threat of losing already-scarce land in Miami-Dade County, Fla. wasn’t frightening enough, Mayor Daniella Levine Cava has a second rising tide to worry about when she thinks about sea level rise.

With a convoluted wastewater and sewer system, septic systems can easily find themselves emptying out into Biscayne Bay, threatening the ecosystem and one of the county’s economic drivers.

“It’s a top priority,” Cava said Dec. 8 during a panel discussion at the National Press Club in Washington D.C. “We’re pursuing everything that we can,” but the county was in a race against time to mitigate the damage, an effort she hoped would be aided by the Infrastructure Investment and Jobs Act (IIJA).

Cava spoke alongside four other county leaders as part of NACo’s County Executive Roundtable, held Dec. 8-10 in Washington, all elaborating on where they saw their counties headed with their infrastructure priorities and how they had weathered, as Erie County, N.Y. Mark Poloncarz termed it, the hardest two years in his career, a sentiment Boone County, Ky. Judge Executive Gary Moore seconded.

That challenging environment was most of what the other panelists knew, including Cava, who took office in 2021; Milwaukee County Executive David Crowley, now in his second year in office and Harris County, Texas Judge Lina Hidalgo, elected in 2018.

Each executive brought a different perspective to the infrastructure discussion, such as Poloncarz and Moore’s hopes to see local projects take great leaps forward or new approaches championed by neophytes.

When figuring out how to disperse relief funding, Hidalgo wanted to divorce the county from patronage awards.

“The decisions we make about funding are based on formulas,” she said, stressing the county’s need to see measurable results from funded programs. “We want to focus on who needs the help the most, not who had a friend downtown.

Tracking the suburban migration of jobs in Milwaukee County, Crowley sees the need for transit options as a no-brainer, though the county doesn’t have a comprehensive transit system.

He sees parks as both the feature that people associate with county governments and a way to combat decades-old consequences of redlining and the demolition of Black neighborhoods to facilitate development.

“How can we look at infrastructure to connect communities back to parks, connect with neighbors?” he asked.

And whether that infrastructure is safe is another issue. Crowley noticed a shift in local drivers, noting how reckless they have become.

“What do our roads look like?” he said, focusing on the future. “How do we reimagine our public streets so they’re safe for everyone?”

Boone County, Ky. is in the midst of a multi-year project to link every home to a broadband connection, but outside of his county, Moore is optimistic that repairs to the nearby Brent Spence Bridge, which carries two interstates over the Ohio River, would be possible with IIJA funding.

“The normal formula dollars that Kentucky would get are not enough to get this project done,” he said. “It’s going to take the state DOTs to come together but we’re exiting about the potential to fix this gridlock.”

As popular confidence in the county’s comeback from the pandemic is reflected by their increased traffic and public activity, Cava said she sees one drawback that can always point to the need for new infrastructure investment.

“The congestion is back,” she said.