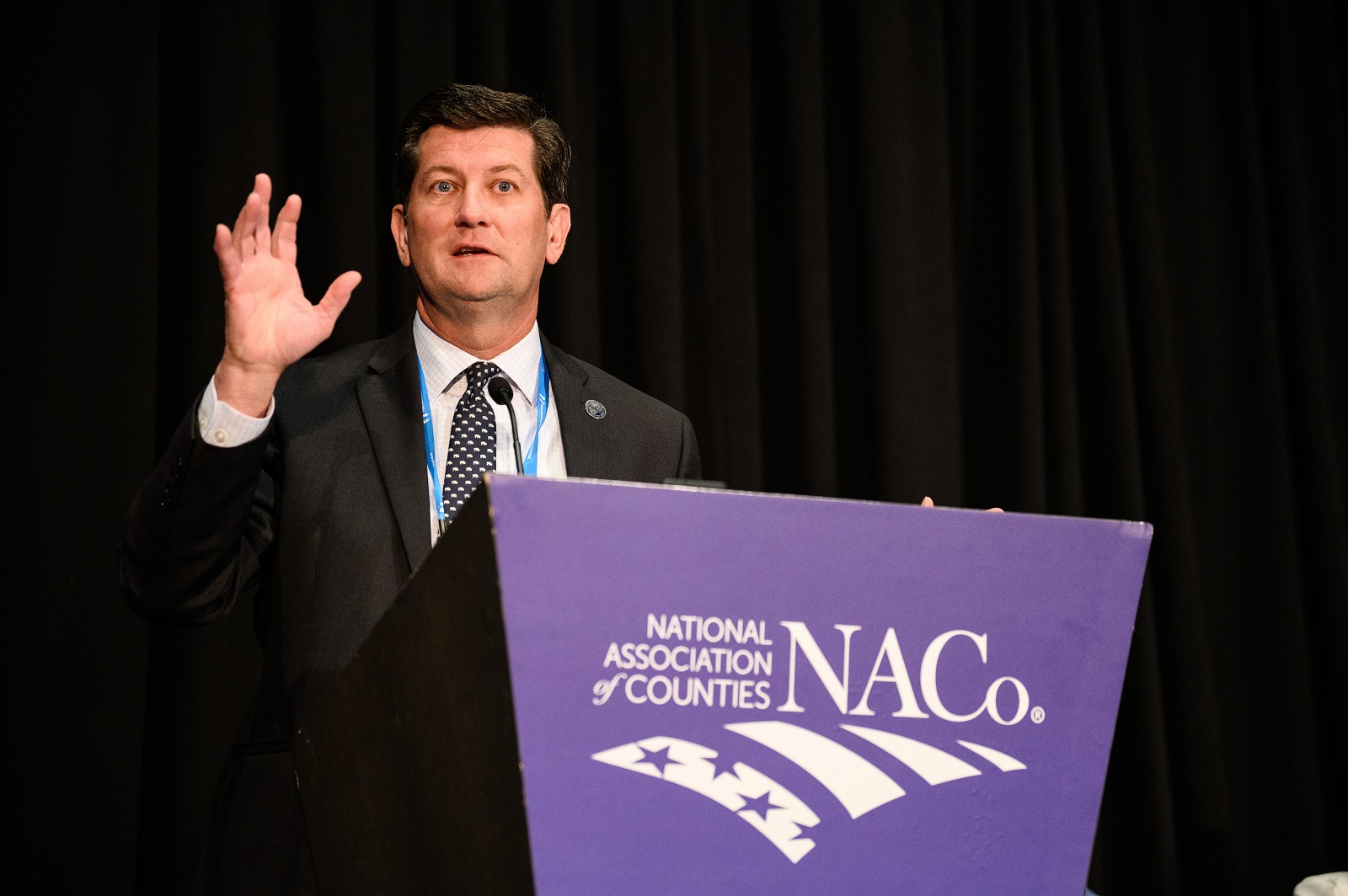 It started out as a beautiful Saturday on May 14 in Buffalo, N.Y., the county seat for Erie County.

“It was 81 degrees, I actually played golf that morning. I got a text message and a call immediately from my personnel director, who was driving by the Tops market,” County Executive Mark Poloncarz recalled, speaking Friday, July 22 to members of NACo’s Large Urban County Caucus.

“At approximately 2:30 p.m., a white supremacist who lives more than 200 miles away from the city of Buffalo, pulls up his car to the front of the store and begins shooting with a legally purchased AR-15-style assault weapon using hollow point bullets,” Poloncarz said. “He was wearing body armor. He livestreams the event on a camera that’s attached to his helmet.”

In an online manifesto, the Buffalo shooting suspect admitted that he drove to the store because the ZIP code where it’s located has the highest population of African Americans closest to where he lived, Poloncarz noted. “He chose Buffalo because it was the shortest drive. He also admits that he wanted to kill as many African Americans and people of color as possible to help stop ‘the great replacement of whites.’ This is why words matter.”

Within 90 seconds, 10 individuals were killed, three injured and dozens escaped “but are scarred for life by what they saw, and an entire community is traumatized,” Poloncarz said.

The county executive described the lives of each of the people who were killed that day, some who he knew personally. He spoke about each one of them as their images appeared on a large overhead screen:

• Roberta Drury, 32, went to Tops to pick up provisions for her brother

• Andre Mckniel, 53, who went to the market to buy a birthday cake for his son, 3

• Geraldine Talley, 62, who went into the store with her fiancé

• Heyward Patterson, 67, a respected church deacon who provided people with free rides to the store

• Ruth Whitfield, 86, a mother of the former fire commissioner with four children and married for 68 years

“These are the faces of gun violence, we will never forget them,” Poloncarz said.

As of July 22, the United States has seen 357 mass shootings take place; the total number of people who have died from gun shootings so far this year stands at 24,653, according to the Gun Violence Archive.

Luke McGowan, senior advisor in the White House Office of Intergovernmental Affairs, talked to county officials Friday about the passage of the Bipartisan Safer Communities Act. The most significant gun reform passed in decades, it was signed into law June 25 by President Biden.

“What’s in the bill?” McGowan asked. “It provides funding for crisis intervention, over $750 million in new funding for parents, teachers, counselors and schools to make sure they can raise the flag when they know there’s a threat.”

The bill includes enhanced background checks for anyone who is under 21 who is buying a gun; bans anyone convicted of assault from owning a gun and clarifies who needs to register as a gun dealer, he said.

The bill also is the first federal law that makes gun trafficking and straw purchasing of guns a federal crime, he noted.

McGowan said that President Biden “says it is not enough, it’s just the beginning. Now that we’ve been able to do something, we can do more.”

Poloncarz thanked the federal Office for Victims of Crime (OVC TTAC), for helping his community after the shootings and lauded the passage of the gun reform legislation.

“More needs to be done, but it’s a good start,” he said. “To Luke McGowan and the administration, thank you very much. We can’t bring back [the shooting victims], but we can try to help prevent mass shootings in the future.”