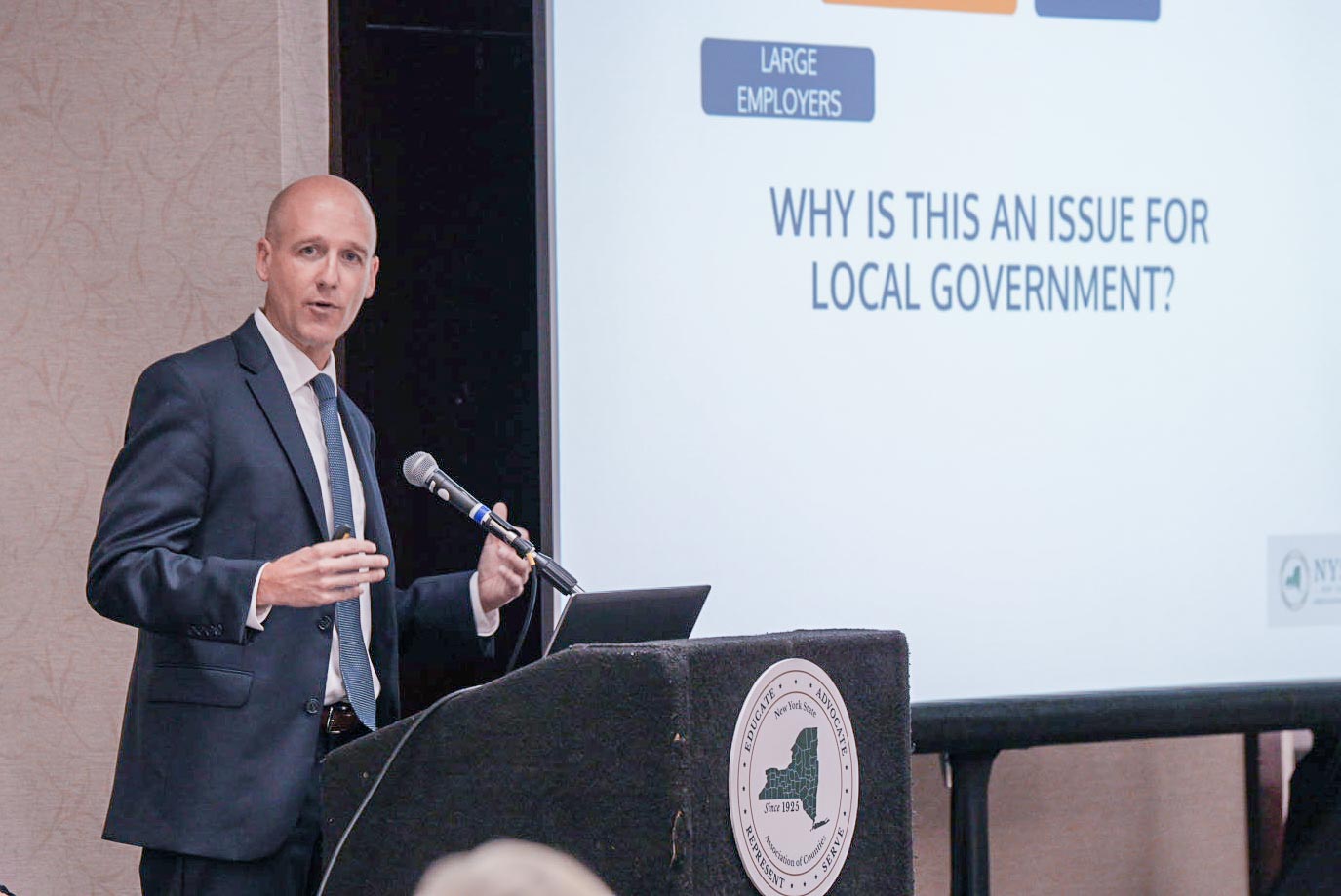 When Communications Director Sean Farnsworth canvassed the county staff to see who would be interested in participating in a speakers bureau, going out to present to local civic groups, the response surprised him.

“Within 15 minutes, the emails started coming in,” he said. “People were excited about this.”

The speaker’s bureau, launched in October, offers up county employees upon request to address a variety of topics including county administration, county history, public information and both the prosecution and defense’s positions in the legal system. Speakers also touch on practical topics, including resources for seniors, grant writing, workforce preparation, records management and emergency planning.

A number of counties from around the country maintain speakers bureaus, but most focus on particular areas, including health, aging, prosecutors’ offices, water issues, education and history. Other counties with broader arrays of speakers, including Broward and Pinellas counties in Florida, are significantly larger than Livingston County.

Frederick County, Va. has a roster of speakers, and although the demand for in-person guests saw a downturn during the COVID-19 pandemic, county PIO Karen Vacchio said her speakers bureau’s most popular requests have been for the commissioner of the revenue and parks and recreation departments.

“Nobody knows these topics better than people who are doing this work every day,” she said.

“We’re a small county, but our staff has a wealth of knowledge and experience,” Farnsworth said. “We’re in a position to share a lot of that with the community.”

The speaking opportunities also offer the county the chance to get its initiatives and priorities in front of engaged audiences. The genesis for the program came from County Administrator Ian Coyle, whose Conversations with the County series began five years ago in response to what Coyle and the county commissioners saw as public disengagement.

“We had just gotten through a budget cycle, but not a lot of people showed up to our public hearings,” Coyle said. “We figured out the best way to get out in front of what’s happening was town hall-style public engagement where we would go out and talk to people. And ‘we’ ended up being me.”

“It’s a free-form, freewheeling discussion, with no prescribed agenda, no format, no time length,” Coyle said. “We just roll. I usually start off with updates, initiatives or projects, economic updates, then it’s just ‘Q&A.’”

The speakers bureau won’t put its participants quite the same high-pressure environment as Coyle, given their specialized knowledge. Human resources personnel won’t be expected to answer questions about the latest public health issues to the same depth as those speakers.

“I know people are concerned with the risks of going in ‘blind,’ but it’s been fun, insightful and interactive,” Coyle said. “The fact is, we hadn’t had a lot of citizen-first engagement, and now we we’re getting a two-way street of dialogue with our residents. We just had to push out into the community, rather than waiting for them to come to us on their time.”

“My favorite part is that sometimes folks are not aware of all the interactions they have with county government,” he said. “County government in New York really matches people throughout their life cycles and answering people’s questions gives me a chance to show them how their lives intersect with county services.

There were times when Coyle’s approach forced him to serve as a punching bag.

“There were times I got a lot of comments from the public about COVID-19 business classifications, what were and were not essential businesses, and I had to explain that it was the state’s decision, not the county’s,” he said.

Getting the feedback from residents has helped Coyle evaluate how the county is doing on many of its initiatives.

“Whenever I hear people talking about the need for more broadband deployment, it validates the work that’s already in progress on the county’s part,” he said.

That fact that almost two dozen county staffers have volunteers to take the stage is testament to their commitment to the county, Farnsworth said.

“I think it just speaks to how passionate they are about serving their community and trying to better the county,” he said. “This isn’t a normal job function, but their actions go a long way to telling the story here.”