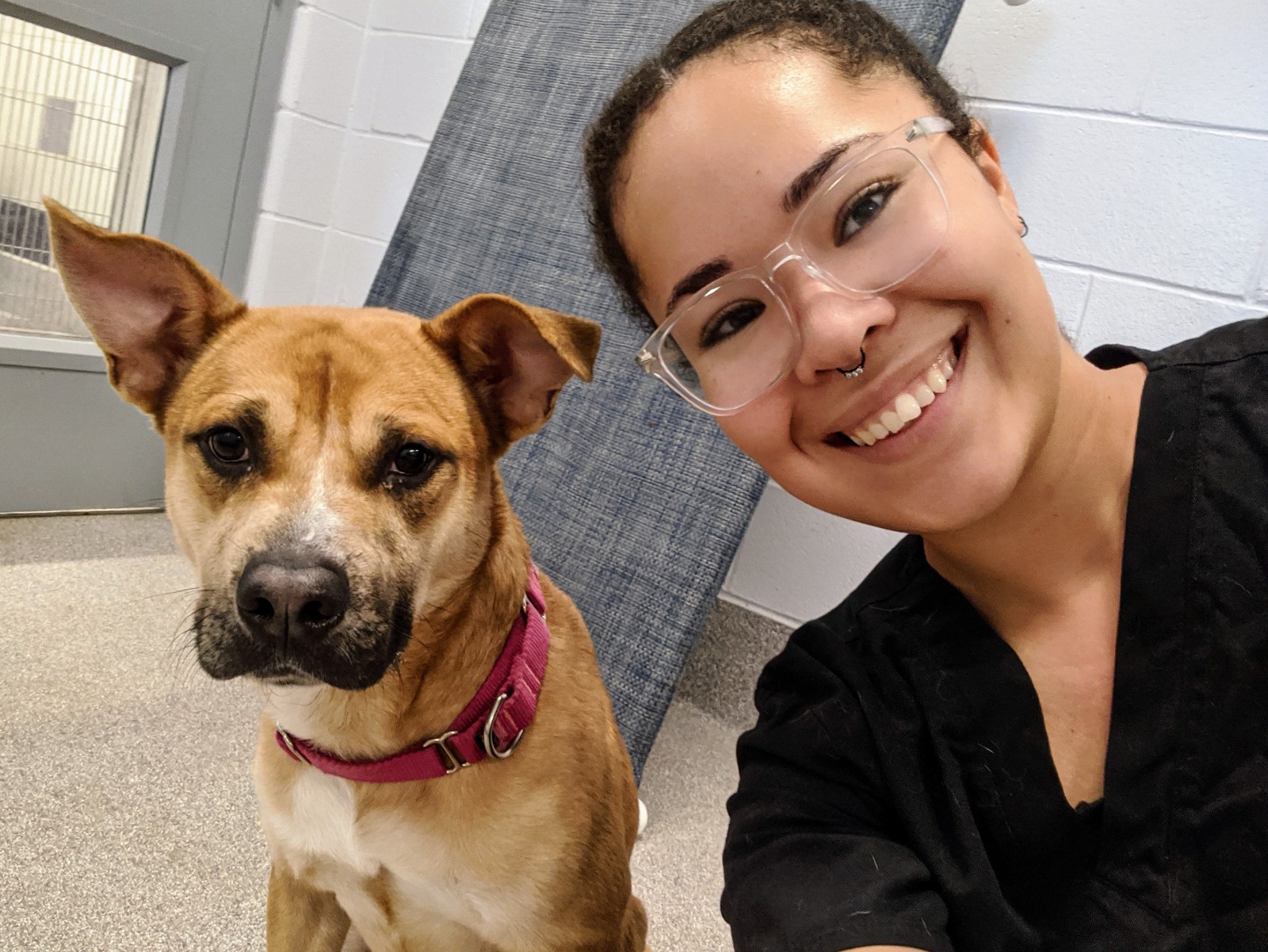 In order to filter by the "in queue" property, you need to add the Entityqueue: Queue relationship.
Finding foster homes for pets has benefitted residents and helped county animal shelters protect staff members.

In homes across the country, people’s hair is getting shaggy and they’re probably looking a little worse for the wear from stress and isolation during the COVID-19 pandemic.

Their newly adopted pets, however, have never looked better, finding comfort and security in their new homes while also relieving demands on county-run animal shelters.

The Franklin County, Ohio Dog Shelter recently adapted its Holiday Sleepover program to match foster dogs with humans who are spending a lot more time at home, now that many are working there.

“I think a lot of people were excited, we usually did this for three or four days around the holidays, but now, with people being at home, the dogs are giving them as much comfort as they are giving the dogs when they were able to leave the shelter,” said Andrew Kohn, spokesman for the shelter.

“We’re getting photos of dogs lying all over couches, going on walks — we know they’re having a good time.”

Kohn said that of the 300 dogs that were matched with foster families, about half were formally adopted already, and he expected it was just a matter of time for other families to make the same move.

When Cheryl Schneider, director of Animal Services for Williamson County, Texas first heard about the threat that COVID-19 posed, back in February, she started putting out requests for fosters immediately.

“We knew if a number of staff got sick, we wouldn’t be able to take care of the animals that we had,” she said. On top of caring for animals awaiting adoption, the shelter cares for “unadoptable animals,” some with medical needs. The shelter was well over capacity at the time, with 139 dogs and 81 cats.

“We maintained that through the end of April. It’s amazing how much the community stepped up to help out,” Schneider said. “If they find an animal, they’ve mostly been keeping them at home and trying to find their owners themselves, so they’re staying in the neighborhood where they probably live.”

The county has also limited intake of animals to emergency cases, strays and dogs that have been deemed to be a biting risk. “You can’t just decide you don’t like your cats scratching furniture,” she said. “We’ve had inquiries, and over the last few weeks, a lot of families have resolved the issues that were a problem and they’re getting along fine.”

Other counties, like Salt Lake County, Utah, have offered free pet food and supplies to help make it possible for people to keep animals in their homes and out of shelters in the face of financial challenges. The demand for animals was so great that Riverside County, Calif.’s Animal Services’ Riverside shelter had no animals for adoption as of April 8, though in a video posted to the department’s Facebook page, a woman identified as Julie said that population could change.

Shelters have been designated essential services, but most have been able to let administrative staff work from home to limit public interaction to prevent the spread of COVID-19. Walk-ins have been phased out, replaced by appointments to adopt.

“We’re still there for them if people have problems, they can call and we’ll help them out, talk them through their questions,” Kohn said.

Franklin County’s shelter successfully argued that spaying and neutering qualified as essential surgeries that are still allowed during the pandemic.

For Williamson County and Schneider, who retired May 8, things have been successful despite the chaos surrounding the pandemic.

“Because we’ve kept such a low census with the animals, it’s been a lot less stressful because we’re not trying to figure out where to put animals in the shelter,” she said. “It’s better than it normally is this time of year, when we’re slammed,” when kittens are born.

“Because of the community, we’ve been able to keep our staff safe and take care of the animals that we have.”

Decatur County, Ind.’s shelter has not been as lucky. The four person-staff there was cut in half when two tested positive for COVID-19. The looming budget crunches facing county governments may affect animal shelters.

Kohn said the Franklin County shelter, which is fully funded by the county, earns half of that from dog license sales.

“The county commissioners have told us that some non-essential things might have to be on the backburner for a year, a new play area in the shelters, but in terms of food and other essential supplies, we feel like we’re in a good position because of the services we provide,” he noted. “We’re still hiring essential staff,” he said.