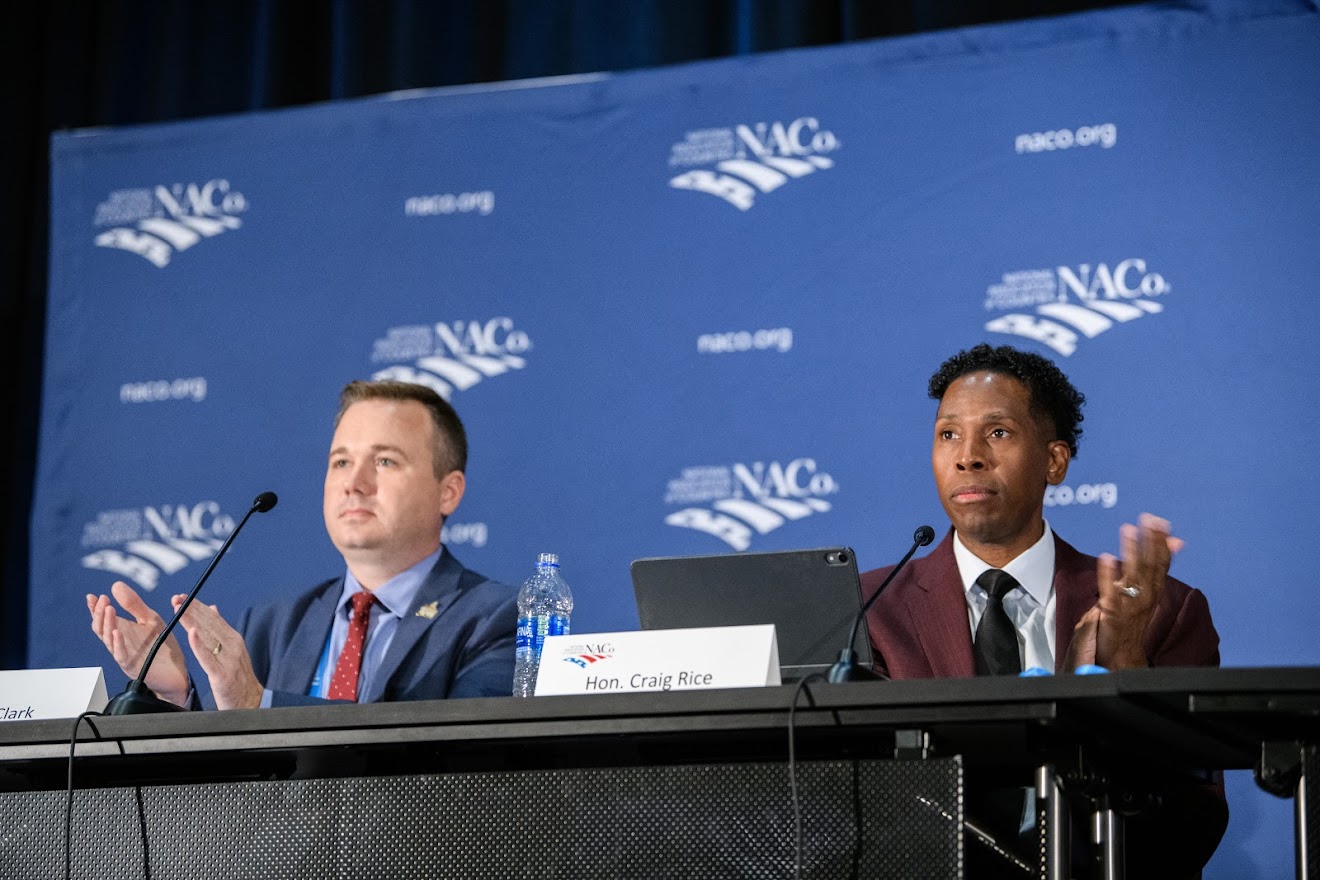 In order to filter by the "in queue" property, you need to add the Entityqueue: Queue relationship.
Counties are in a prime position to partner with the federal government to help build out high-speed internet service, offering local expertise and reasons why it is crucial for American health and economic success. Members of NACo’s Broadband Task Force offered their findings and insights to staffers during a Sept. 9 congressional briefing, dubbing it a starting point for local governments and internet service providers to work together

Counties are in a prime position to partner with the federal government to help build out high-speed internet service, offering local expertise and reasons why it is crucial for American health and economic success.

Members of NACo’s Broadband Task Force offered their findings and insights to staffers during a Sept. 9 congressional briefing, dubbing it a starting point for local governments and internet service providers (ISPs) to work together. The proposed $1 trillion infrastructure bill that the Senate passed is awaiting a vote in the House and includes $65 billion for improving internet access.

Broadband Task Force: High-Speed Internet Is Essential For All Counties

“This conversation could not come at a more appropriate time,” said Wise County, Texas Judge J.D. Clark, one of the task force co-chairs. “Over the course of the pandemic, the digital divide has widened and the necessity of having broadband access has become especially evident through the rise in telehealth, remote learning and remote work.”

Co-chair Craig Rice, a Montgomery County, Md. councilmember, drew on a story that has resonated with him over the past year-plus.

“The image that’s ingrained in my head is the child on a computer in a parking lot of a fast-food restaurant where her mother works because that’s the only place where she has broadband access and that was her connection to learning, and that’s unacceptable,” he said.

“That’s not something that we can have for America to keep moving forward when it comes to ensuring the education of our children and ensuring the well-being of our country as a whole,” he said.

The task force, comprised of four subcommittees, focused on the quality of data that counties had available to them when preparing to expand their access to broadband, identifying challenges to counties’ ability to access broadband, identifying groups disproportionately impacted by the digital divide and exploring how counties are preparing for and applying advanced broadband technologies to address current and future needs.

“County officials play a crucial role not only as policymakers, but as conveners, data aggregators and partners in pursuing sustainable solutions to broadband access, affordability and reliability,” Rice said. “We stand ready to work collaboratively with our federal partners and serve as resources to help guide on-the-ground decision-making for deploying broadband.”

She noted that it’s increasingly necessary “for the success … of our agricultural producers and small businesses, for homework and distance learning, for remote work, but also increasingly for healthcare access, access to mental health reducing social isolation, particularly for seniors, as well as maintaining family and social connections and even court hearings.”

She singled out the transition to remote education as a wake-up call for many counties and families, particularly as remote instruction grew as the pandemic wore on. “It was a little surprising to figure out we need to look per kid, not just per household,” she said.

“The current standards just don’t cut it for our kids. Eighty-five percent of what they get now for homework is video, and videos need a faster speed. If you’ve got more than one child in a home, then you really find some trouble.”

“A key to the strategy is holding ISPs accountable to working with county governments, the collaboration to really understand local level gaps in service,” said Paul Sachs, Ottawa County, Mich.’s director of strategic impact. “The best information about access needs, hands down, is obtained at the county level and local boots on the ground level,” he said, noting that internet service providers have told him how valuable Ottawa County’s data is to them understanding service gaps.

“It’s difficult for ISPs to realize a return on investment in rural areas, which is why we’re in the quandary we’re in today,” he said, suggesting there should be more incentive for ISPs to engage in public-private collaboration.

“Without requiring coordination between the public and private sectors, I think those same traditional business practices of the past will continue to leave gaps in access.”

John Peters, a Mono County, Calif. supervisor, described broadband access as being as essential as telephone service to each home, and said creating an open middle-mile network would accelerate that process.

“We need to know where all of the bodies are buried, where is the dark fiber, where do the incumbent providers have fiber that is already in the ground,” he said.

“We need to know what the true speeds are currently and we have to have them scalable up to at least one GB [gigabyte]. It’s not the speed that is delivered to the premises, it’s the speed that is [used] by the end user.

“That’s the experience of the mapping that we so desperately need to be accurate in order to effectively and efficiently spend the federal dollars that we hope are appropriated.”