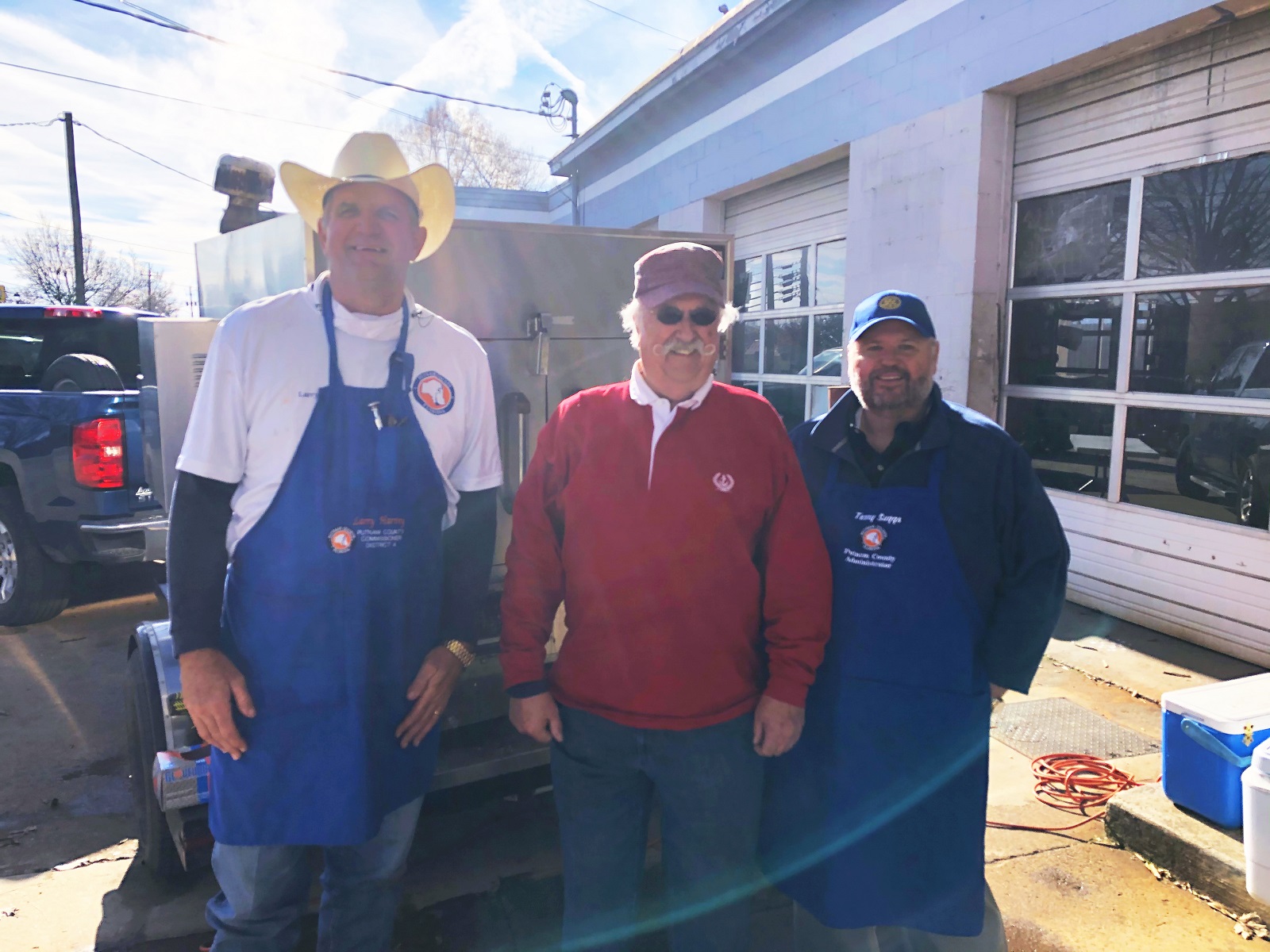 In order to filter by the "in queue" property, you need to add the Entityqueue: Queue relationship.
Armed with their chicken barbecue recipe, members of the Putnam County, Fla. Commission traveled to Putnam County, Ga. to help their Gerogian counterparts boost voter turnout on a cold December morning.

When Putnam County officials in Georgia and Florida get philosophical, they muse, “What’s in a name?” When early voters showed up for the Georgia U.S. Senate runoff one December morning, they were wondering “What’s in this barbecue sauce?”

A group of Florida county officials had driven up the night before, equipment and all, for a barbecue battle Dec. 19 to serve as an incentive to help boost voter turnout and see how their recipe compared to their counterparts.

“All the time, we get messages from people thinking we’re in Florida,” Putnam County, Ga. Board Chair Billy Webster said. “They’re thinking they’re reaching their commissioners, and there are times we carry on a two-way conversation for a while before we figure out if they’ve reached the wrong state.”

Friendships developed across the state line and Putnam County, Fla. Board Chair Larry Harvey offered a suggestion. Though he did not want to be seen as interfering in someone else’s election, he and his Floridian colleagues wanted to help out and leave a good taste in voters’ mouths. While Georgians went to the polls, a panel of barbecue judges, including a state representative, would cast their own ballots for Best Chicken Barbecue. They even had a poultry expert from the University of Georgia on hand, though he acknowledged he specialized in live birds.

“We said we would find the equipment they needed, but they were insistent on bringing their own up here,” Webster said. “They paid their own way and everything.”

The northern climate didn’t agree with the visitors initially — the overnight low of 25 degrees slowed them in the morning, but before too long, the two sides cooked 150 chicken halves.

“They were somewhat limited as to what they could make given how long it takes to cook pork and beef,” Webster said. “They brought some meat that was already cooked, but we focused on chicken.”

The blind taste weighed in on Georgia’s side, a decision the visitors accepted gracefully.

“We’ll see how things go next year when they visit us in Florida,” Harvey said.

The commissioners priced their barbecue to break even and expected to take some home and donate more to the local fire station. Instead, all 500 plates sold out in an hour and 15 minutes.

“We like to make friends all across the U.S., but it’s special with another Putnam County,” Harvey said. “We’re all in the same business, we all have the same stories to share… maybe some different solutions.”

Harvey hopes to gather the other seven Putnam counties, perhaps at a NACo conference. It would be fun and informative, he said.

“If you don’t start building relationships when you get into office, you’re starting with nothing,” he said. “You might think you have all the knowledge in the world, and you might be the smartest person to ever walk the face of the earth, but unless you can build relationships, you don’t have anything.”

Harvey had some personal gratification when a Georgian introduced himself, explaining that his grandfather founded a boys’ ranch just 10 minutes from Harvey’s home.

“The boys ranch is very special to our county, and it was awesome to meet someone of his stature,” Harvey said. “You find out how small the world really is when you’re out there.”

Some say it was the high-profile Senate race that drove turnout to a county high for a runoff, roughly 1,000 votes shy of the general election. The 500 barbecue fans beg to differ.

As for the recipes?

“We’re all taking that to our graves,” Webster said. “They left us a jug of sauce, but we have no idea what’s in it.”