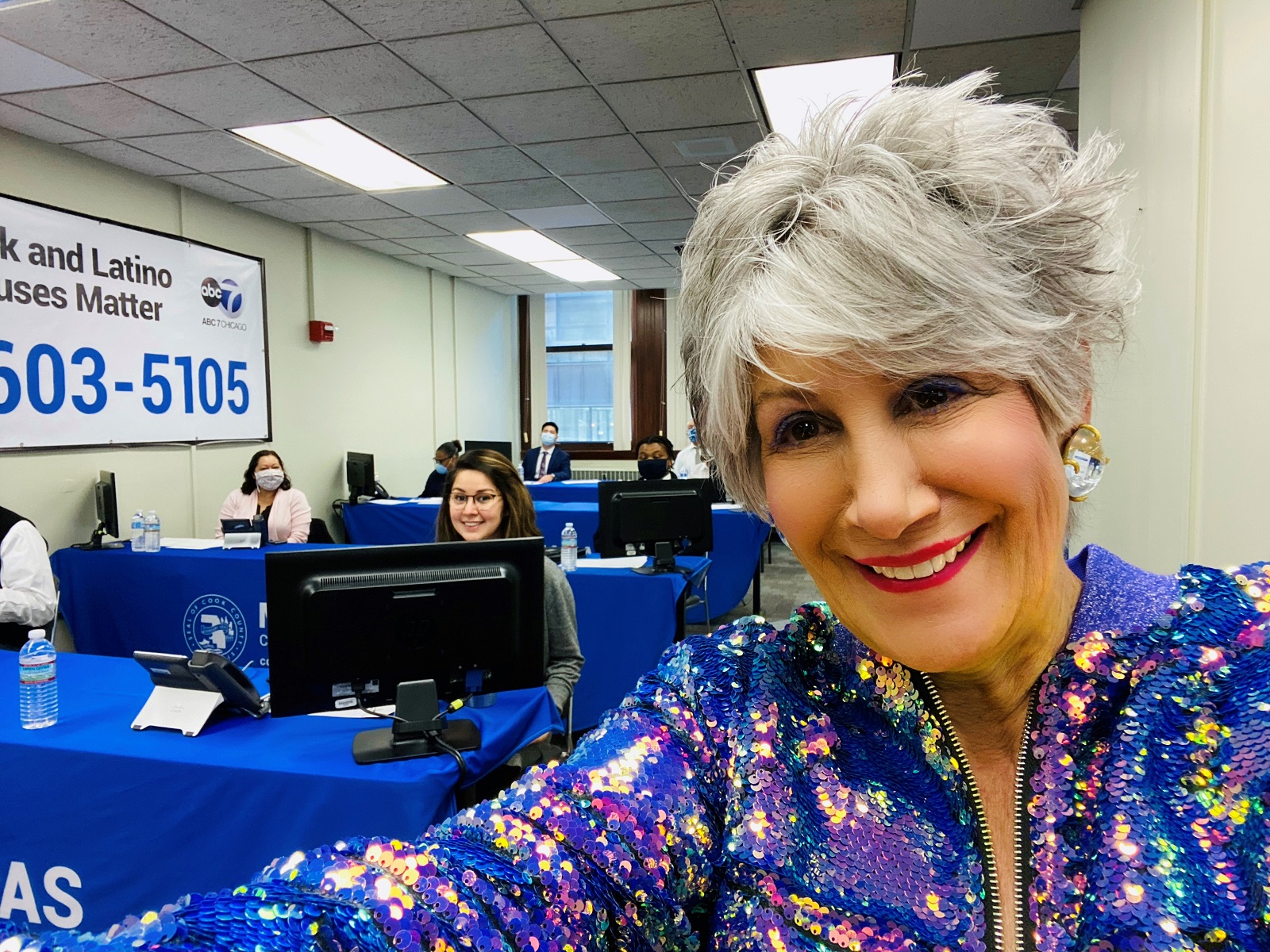 In order to filter by the "in queue" property, you need to add the Entityqueue: Queue relationship.
The Cook County, Ill. treasurer teamed up with a TV station to refund millions in overpaid property taxes.

When the Black Lives Matter movement gained momentum last year, Cook County, Ill. Treasurer Maria Pappas used her role in county government to put her own spin on it.

“I am the treasurer,” she said. “I am responsible for the sale of homes and I am going to do my thing, which is Black Houses Matter.”

Pappas launched her own show on a local radio station where she speaks with homeowners who have overpaid on property taxes.

“We tell them whether or not they are one of the people in Cook County who has double paid by $79 million or has missed a homeowner senior or senior freeze exemption to the tune of $48 million,” she said.

Since March 2020, Pappas has given back $50 million to the African American community and $24 million to the Hispanic community through her Black Houses Matter campaign and outreach efforts.

The overall goal of the initiative is to put money back into the hands of homeowners by helping them find refunds, apply for property tax exemptions and avoid the sales tax.

From there, “it just became a titanic wave,” she said.

“In most instances, these are people who are disenfranchised seniors.

Their tax bill was $600 and they thought that the six was a four so they wrote a check for $400 so now they’re on the tax sale list for owing me $200 — the potential of losing a home for taxes,” she said.

ABC 7 Vice President of Community Engagement Diana Palomar said the station was aware of Pappas’ efforts in the community.

“It seemed like just a really great opportunity for us to get our hands around something that could be really impactful for our viewership which are predominantly black and brown folks,” she said.

Staff from the treasurer’s office manned a phone bank during a program about the effort, answering calls in Spanish, Polish, Chinese and English. Originally scheduled for one day, Pappas and the local news station decided to extend the event a week.

“It was a very easy decision that day because we saw the lift that we were having and the impact that we were having at the county level and people were indeed taking advantage of dollars that were available to them,” ABC 7 CEO John Idler said. “It was clear that we’re helping to put dollars back in the pockets of our viewers.”

Pappas’ office sent out applications for refunds and missing property exemptions totaling $12.5 million to homeowners who called into the phone bank.

The phone bank received over 300,000 calls in just the first two days and with the influx of homeowners inquiring about exemptions, Pappas said they directed many to her website.

“We know that this is successful because my website is hitting 1.2 million hits a month,” she said.

The website, designed in-house by the treasurer’s office, includes information in 108 languages and brochures in 24 languages ranging from Albanian to Hindi to Lithuanian.

“The popularity of this site in these foreign languages goes to show how complicated the exemption and the tax system is,” she said.

Users can see if they are eligible for an exemption by typing in their address which then displays a photograph of their property.

“The fact that the website was up 325,000 hits because of this phone bank is extraordinary,” Pappas said.

“It also tells you that in the time of a pandemic, people simply aren’t going out. They’re going to stay home and do everything online.”

Pappas is keeping up the momentum and success of her initiative. Idler said there are future plans for a continued partnership between the county and the news station. The initiative will soon hit the road with the addition of two “Pappas Mobiles” that will visit communities and allow staff to help those who would otherwise have their homes zoned or who haven’t received exemptions.

“We are restoring money to people’s pockets in an extraordinarily unfortunate pandemic,” she said.

Pappas, who reported live from the phone bank wearing a sequined jacket she purchased at a kid’s store, had a simple message for others working in county government.

“Lighten up, get off your hind end and go do something for somebody. You’ll feel better,” she said.