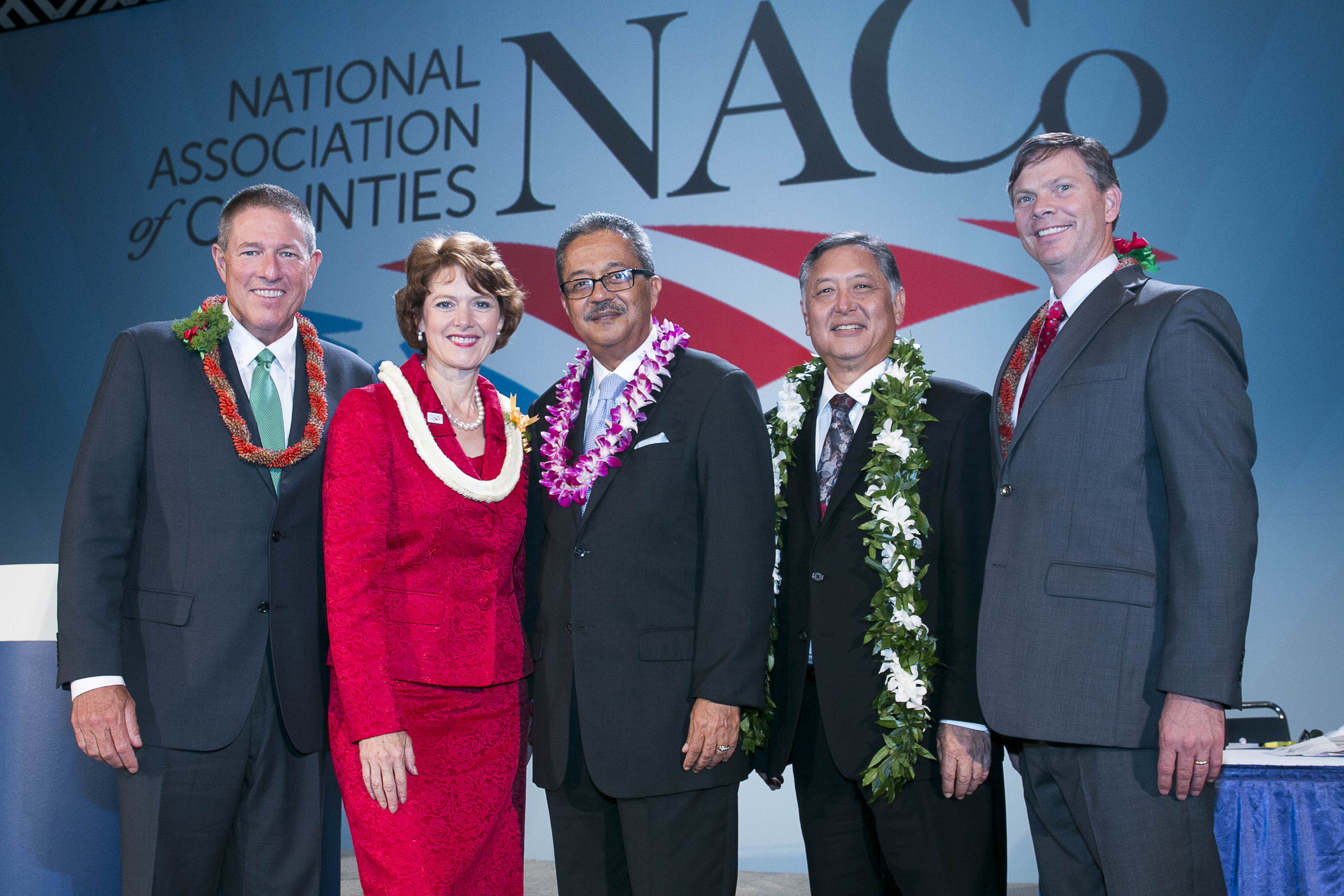 Clark will focus on “Safe and Secure Counties” as her presidential initiative. “Safe and Secure Counties will demonstrate the importance of our counties, parishes and boroughs. It will showcase our current initiatives, policies and efforts on everything from emergency preparedness to jails and courts, infrastructure and transportation to public health. Through ‘Safe and Secure,’ we will build on the ‘Why Counties Matter’ message to our residents, to our states and to our nation,” she said during her inaugural remarks.

More than 2,500 elected and appointed officials participated in NACo’s 2015 Annual Confer­ence held in Mecklenburg County (Charlotte), N.C. July 10–13. They heard from Secretary of Defense Ash Carter and Secretary of Trans­portation Anthony Foxx and could participate in more than three dozen educational workshops that explored topics ranging from the pros and cons of body cameras in law enforcement, to how automated vehicles and mobile technology affect trans­portation patterns to legislative updates and new research findings for counties.

Conference delegates also discussed federal policy and legislation on a wide range of key topics such as transportation and infrastructure; rural and urban development; energy, environ­ment and land use; public safety; emergency preparedness and response; housing and community development; health and other topics. They adopted more than a 100 policy resolutions, which will serve as NACo’s official policy positions — the American County Platform — for the next 12 months.

spot­lighted the 2015 Best of Category Achievement Award winners. Ameri­cans for the Arts also presented its Public Leadership in the Arts Award to the Riverside County, Calif. Board of Supervisors. In other award presentations at the conference: The presidential scholarship award winners were Luke Kikukawauke and Marc Austin Pader. The presidential scholarships, sponsored by David Davenport and CH2M Hill, are awarded to students from the out­going NACo president’s county.