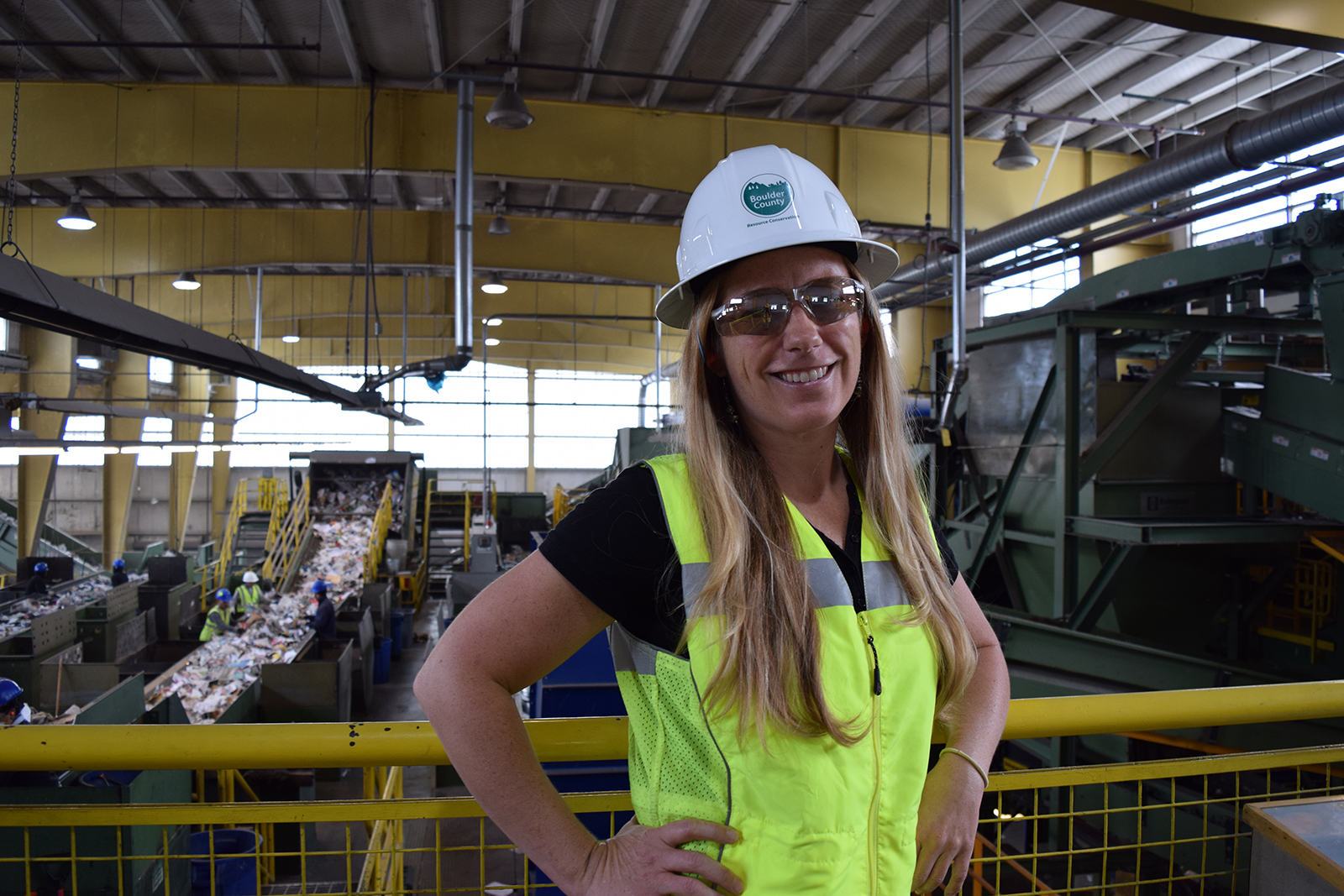 In order to filter by the "in queue" property, you need to add the Entityqueue: Queue relationship.
China's restrictions what materials they accept is having a ripple effect on county recycling programs

County recycling programs around the country have taken a hit — with recyclables bringing in about half of what they did in early 2017 — because of China’s crackdown on what recyclables they will accept.

The globe’s largest importer of recycled goods put the world on notice late last year that it would no longer accept recyclables containing more than 0.5 percent contamination, a standard most say is next to impossible to meet. Veterans in the business say they don’t expect any changes soon and in fact, call it “the new normal.”

What is wish-cycling? And why is it harmful to recycling efforts?

“It’s certainly had a financial impact — commodities we sold six months ago are no longer selling at that price,” said Elisa Seltzer, director, Emmet County, Mich. Department of Public Works, who got into the recycling business about 30 years ago. 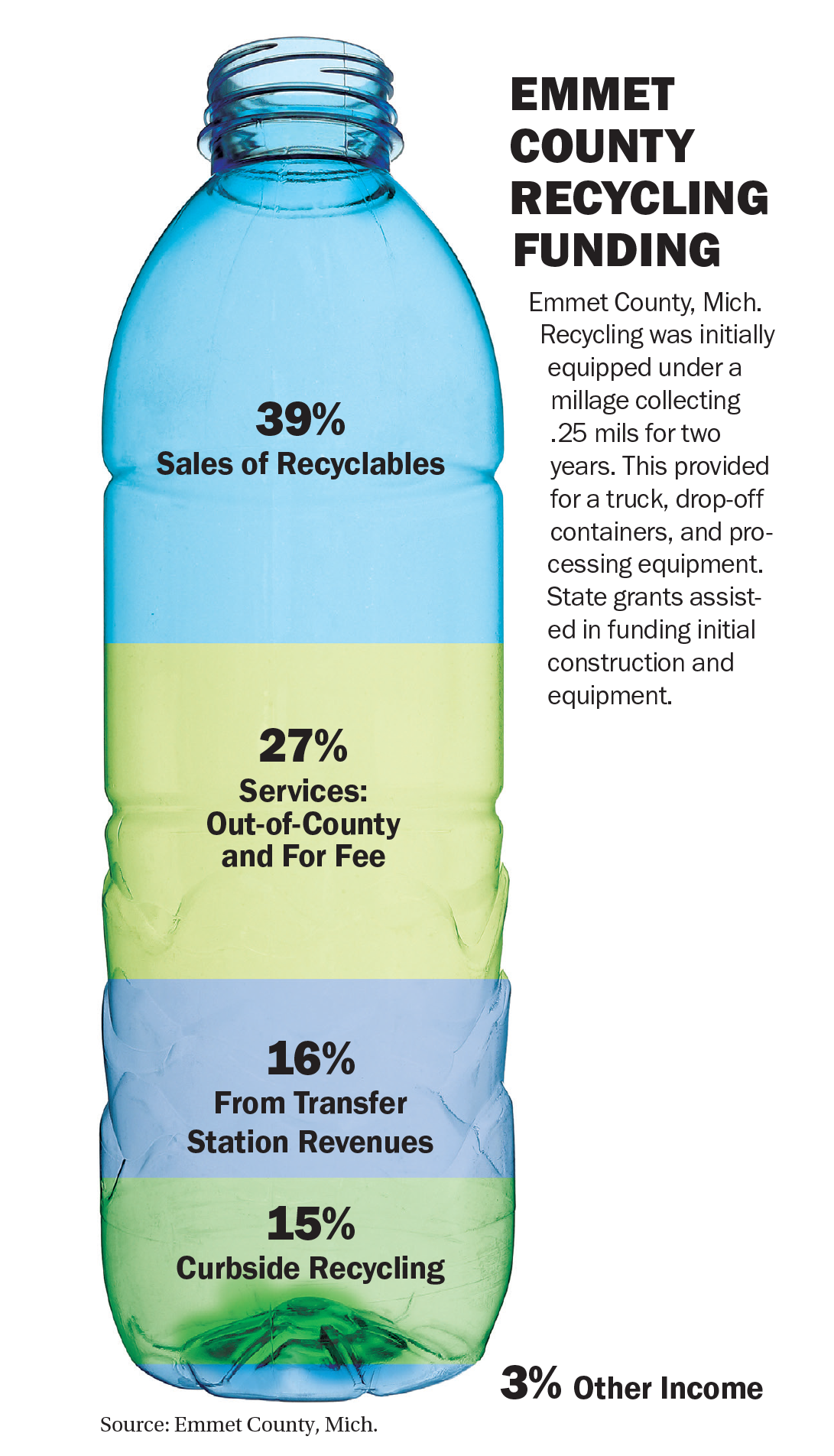 Many counties are looking at diversifying how they are funded so they’re not so reliant on markets, she said. Recycling makes up 40 percent of Seltzer’s budget with county services (27 percent), revenues from the county’s solid waste transfer station (16 percent) and curbside pickup (15 percent) making up the rest.

“There has been a variety of responses to the current challenges facing recycling programs,” said David Biderman, executive director and CEO of the Solid Waste Association of America. “Some members are very pessimistic about the future of recycling in their communities, while others see this as an opportunity to fix problems and inconsistencies, and build a more robust and sustainable recycling system.  Generally, local governments and their partners in the private sector recognize we need to work together to address contamination and other systemic problems facing recycling.”

Some material recovery facility (MRF) operators are slowing down their lines and investing in new sophisticated processing equipment, he said.  This has increased costs at a time when the revenue associated with the sale of recyclables is about half of what it was in early 2017, he noted.

“Eventually, citizens will need to pay the true cost of recycling, through fee increases or higher taxes,” Biderman said. “Although some communities are changing their recycling programs (e.g., taking glass or certain plastics out of curbside), most continue to accept a wide variety of paper, plastic, metal and glass.”

In Boulder County, Colo., the county’s new plastic shorting machines can tell the difference between different kinds of plastic using infrared detection. A 100-horse power air jet shoots the material into the proper containers. The items were previously sorted by hand.

The new machines were part of a $2.8 million system upgrade. The new equipment reduces labor costs by replacing eight manual sorter positions on the container line, jobs that are increasingly hard to fill, the county noted. The improvements were paid for via a county recycling tax that passed in 1994 but is now expired.

In Emmet County, Seltzer said they are weathering the China ban recycling storm partly because the county operates all phases of its recycling process. County trucks collect trash and recycling and take it to the county-run MRF. The county uses a dual-stream MRF (dual-stream recycling is also referred to as “source separated recycling”). This means keeping the fiber component — paper and cardboard — separate from containers, including glass and plastic containers and cans.

The county collects recycling in 64-gallon carts used strictly for paper, cardboard and plastic bags and 18-gallon bins for tin, glass and plastic.

“We might be the only MRF in the country that collects plastic bags,” Seltzer said. The county asks residents to recycle the bags together in the size of a soccer ball. They get picked off, bailed and are sold to Trex, a company that makes decking. “They’ve been a great market partner,” she said. “It’s a huge problem coming into single-stream MRFs because it gums up the equipment.”

The county’s education and outreach to residents includes messages on its website, on the trucks and on the bins. The Public Works Department has an open line of communication with its drivers and recycling processors, getting tips from them on challenges they face.

The drivers of the trucks sat down with office staff and the department’s outreach coordinator “helping us design the ‘oops!’ tags that they put on the bins if people are messing up,” Seltzer said. The “oops” or quality control tags identify problems when residents need guidance with recycling.

Seltzer’s advice for other counties?

“The best advice I have heard is stay the course, try to find alternative markets if markets have dried up, do what you can to clean up your material and message it to your community how important that is,” she said.

What is wish-cycling? And why is it harmful to recycling efforts?

Recyclers have a word for well-intentioned, but ultimately harmful, behavior: It’s called “wish-cycling.”

In Marion County, Ore., residents are getting fined as much as $15.45 per pickup for improper recycling. The county tightened its rules about recycling and drastically scaled back its recycling program due to China’s restriction on most recycled materials. It’s led some residents to ask for smaller recycling bins or cancel recycling altogether.

The region’s Mid Valley Garbage and Recycling Association sends a recycling coordinator to neighborhood meetings to talk to residents.

The National Recycling Coalition is calling on leaders and companies in the waste and recycling industry to remind their local residents that “they should ONLY recycle the items on their LOCAL recyclables list. This is important for U.S. users of recycled materials, and the current China embargo makes this an opportune time for this reminder. When in doubt — throw it in the trash!”