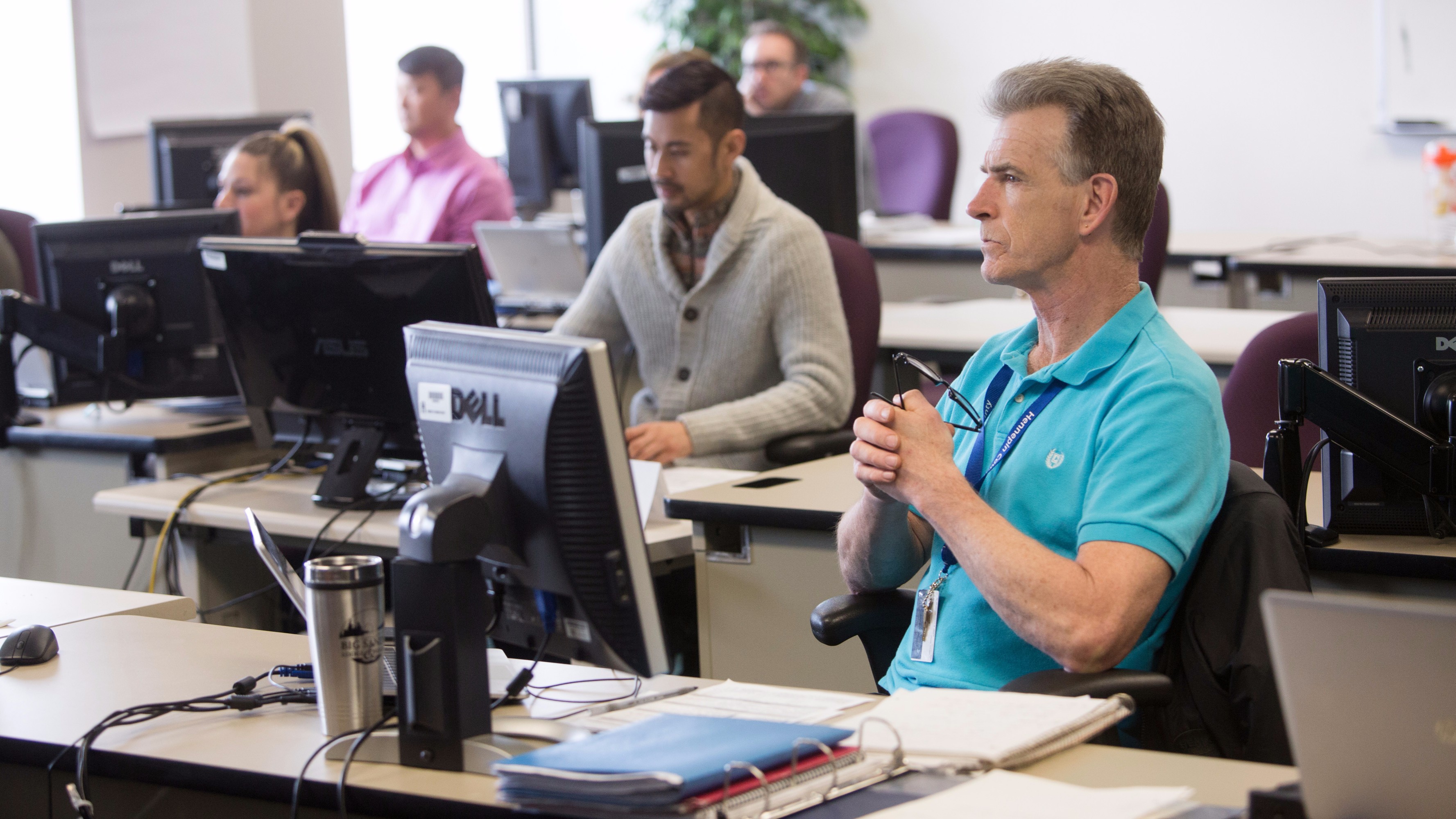 In the next 5 years, there will be 100,000 more jobs in Hennepin County, Minn. to fill than qualified candidates.

Those are significant numbers for Hennepin County, Minn. and for employers in the Twin Cities region.

In the next five years, there will be 100,000 more jobs to fill than qualified candidates to hire. Thirty-two percent of county employees will be eligible to retire within five years. And by 2040, nearly all of the region’s workforce growth is projected to comprise immigrants and people of color, according to county officials.

The county is being “intentional” about planning for that day and doing so with an eye towards social justice and economic prosperity through its Career Connections program.

Check out the video

He cites one example of lifting the requirement that building operations technicians have a boiler operator’s license.  Of the 117 buildings the county owns, only six have boilers, according to John Thorson, the county’s workforce development director.

“That’s an archaic requirement that just gets in the way of moving people into these jobs,” McLaughlin said. “They’re not going to be less capable building operators because they don’t have a boiler operator’s license.”

Hennepin isn’t alone in revamping the requirements for various jobs. Multnomah County, Ore.’s human resources leaders have been reviewing minimum qualifications in their recruitment processes as part of a HR strategic plan, according to Travis Graves, human resources director.

The county values “diversity and equity,” he said, adding that managers are “empowered” to think critically about which qualifications are essential before writing job descriptions — that they can consider transferable skills and growth potential, and not just degrees and years of experience when determining minimum qualifications.

Both Thorson and Graves balk at the notion that lifting some job requirements might be “dumbing down” the workforce. “What we’re doing is we are having the job classifications actually reflect the work that’s being done,” Thorson said. Often job descriptions are so narrowly written that potential candidates “self-select” out of applying because they don’t meet a particular criterion that might not be essential.

About 70 percent of the county’s employees are represented by unions, and they’ve had no problem with the workforce development initiative, said Thorson, who was an American Federation of County and Municipal Employees (AFSCME) official for two decades before joining the county. “Wearing my union hat, this could be something that would have potential to go awry without the proper communication and engagement,” he said, noting that the county and the unions have a “pretty mature relationship … so it is constructive and there’s a history of joint problem solving.”

Jennifer Munt, public affairs director for AFSCME Minnesota Council 5, said the union “has no concerns about the workforce initiative at this time.”

Reviewing job requirements is part of Hennepin County’s broader strategy to reduce employment disparities among county residents. The Career Connections program trains county residents for jobs such as building operations technicians, health advocates, and information technology and administrative professionals — positions that all employers in the region, not just the county, need to hire.

The program is free, and since the first cohort graduated in 2014, the county has hired 48 employees through the program, 42 of whom are still with the county, Thorson said.

Career Connections takes its approach from the federal Workforce Investment and Opportunity Act (WIOWA), he added. “We’re working with community-based organizations to do recruiting of our candidates. They provide wraparound services and address barriers for folks as they’re going through training, like child care issues, transportation issues.”

The county and other employers worked with community and technical colleges to develop a nine-month “credit-bearing curriculum” that prepares participants for the type of work performed in various entry-level jobs with the county and private employers.

“We think we can approach this in a way that solves for the county its future workforce needs,” Thorson said, “and can also solve for the workforce needs of other large public and private employers in our region. One over-arching goal is to do so in a way that addresses economic disparities, where they exist in the community — either by place, by ethnicity or by circumstance — and being explicit about that, he added.

“Disparities are a cost driver of the county in terms of human services spending and corrections spending,” he said, “and they’re also a drag on our regional economy, and in Minnesota there are persistent disparities that exist both by place and by race that are receiving a lot of attention and effort right now in public dialogue.”

McLaughlin has attended a couple of Career Connections graduation ceremonies and was “inspired” by the job trainees.

“Public employment has been kind of beaten up for a long time in the political realm, McLaughlin said.

“This is one of our efforts here to make Hennepin County an employer of choice for people who are in the labor market — for making it a supportive place to build a workforce for this 21st century that reflects the population of our county, reduces public assistance payments and gets people into a position where they’re supporting themselves and their families. And that’s a really good thing.”