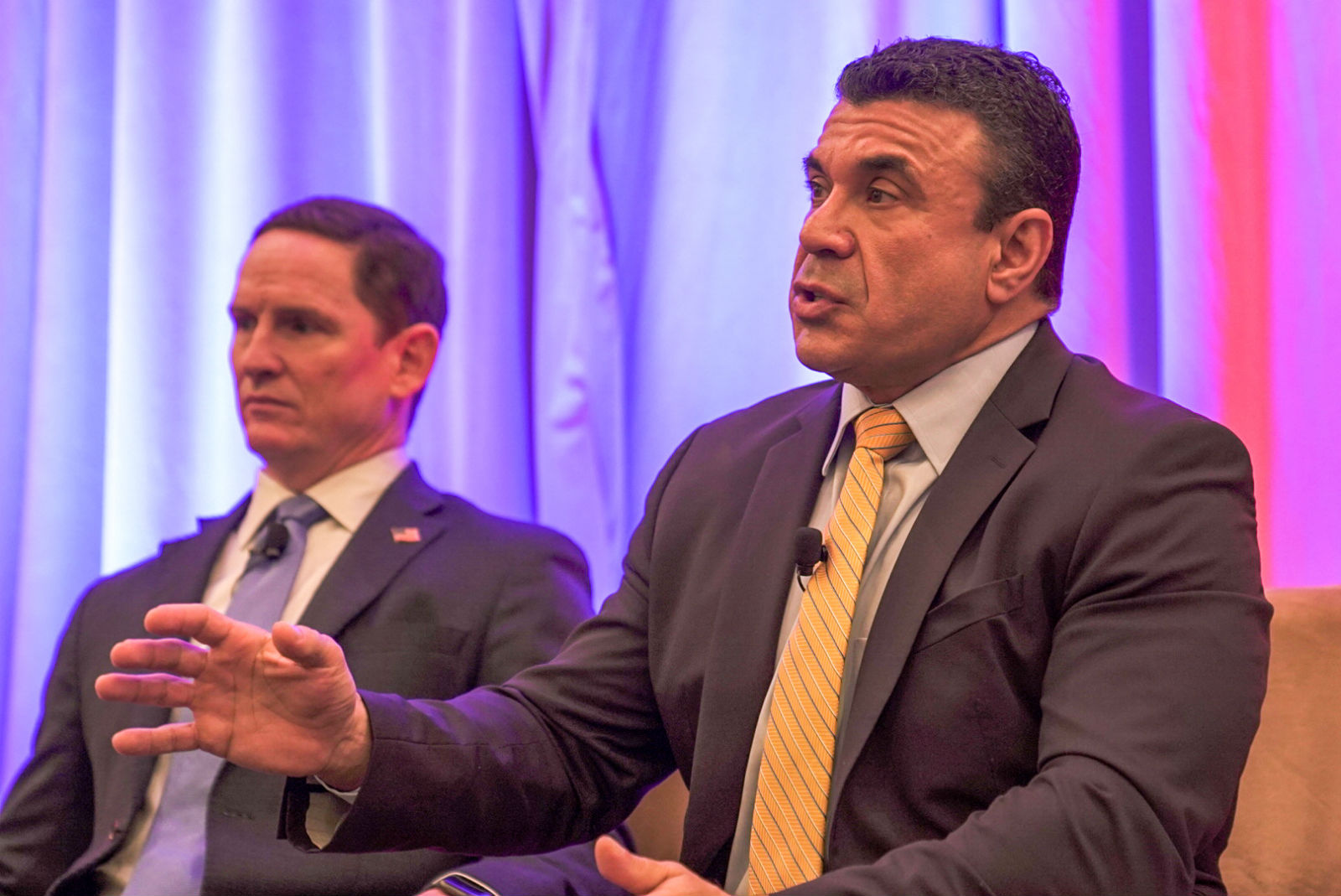 In order to filter by the "in queue" property, you need to add the Entityqueue: Queue relationship.
County officials who led responses to Ebola and Hepatitis outbreaks shared how they kept the public calm during the health crises

Calmness is key to navigating a public health crisis.

But just try telling that to the public.

In two recent urban disease outbreaks, county officials had to balance informing residents while not inflaming their fears.

Dallas County, Texas Judge Clay Jenkins felt it personally in 2014, when a man was quarantined after contracting the Ebola virus, which killed thousands of people in West Africa over two years. Dallas County accounted for the only fatality in the United States.

Jenkins tried to be transparent, giving daily press conferences every morning at 7 a.m.

You can’t control what’s happening but you can control when you go on TV,” he said.

“I told them the good, the bad, the ugly and the unknown.

“There was so much fear involved. Police were afraid of moving the family,” and Jenkins ended up meeting with them and helping them move, all without protective clothing.

What he did not account for was the website Breitbart incorrectly reporting that Jenkins and his family, including his elementary school-aged daughter, had contracted the disease. But even through that, he tried to keep an even keel

Last year, San Diego County dealt with a Hepatitis A outbreak that spread rapidly throughout the homeless community, both in the city of San Diego and in the canyons.

Vaccination was the best line of defense, but while Health and Human Services Director Nick Macchione wanted to inoculate people at risk, he wanted to keep messaging focused at that population.

“If we declared a state of emergency, we would have the ‘worried well’ rushing out to be vaccinated, and they’d take resources from people who were most likely to come in contact with the virus,” he said.

The county deployed foot teams of nurses, social service providers and law enforcement officers to go out and find homeless people who had not been vaccinated and administer the vaccine.

Jenkins resisted calls to declare an emergency in Dallas County, which would have invalidated contracts for months that were already signed for events.  Part of his calmness was born from the county’s experience with a West Nile outbreak in 2012 that killed 20 people.

“West Nile was a blessing in disguise because we already knew the CDC teams,” he said. “We put the band back together.”

Jenkins was also fortunate to have consensus from the various governments involved in the Ebola response. He became the public face of local government response to the situation.

“It helps when your partners ask you to take lead,” he said. “There’s no struggle at the top.”