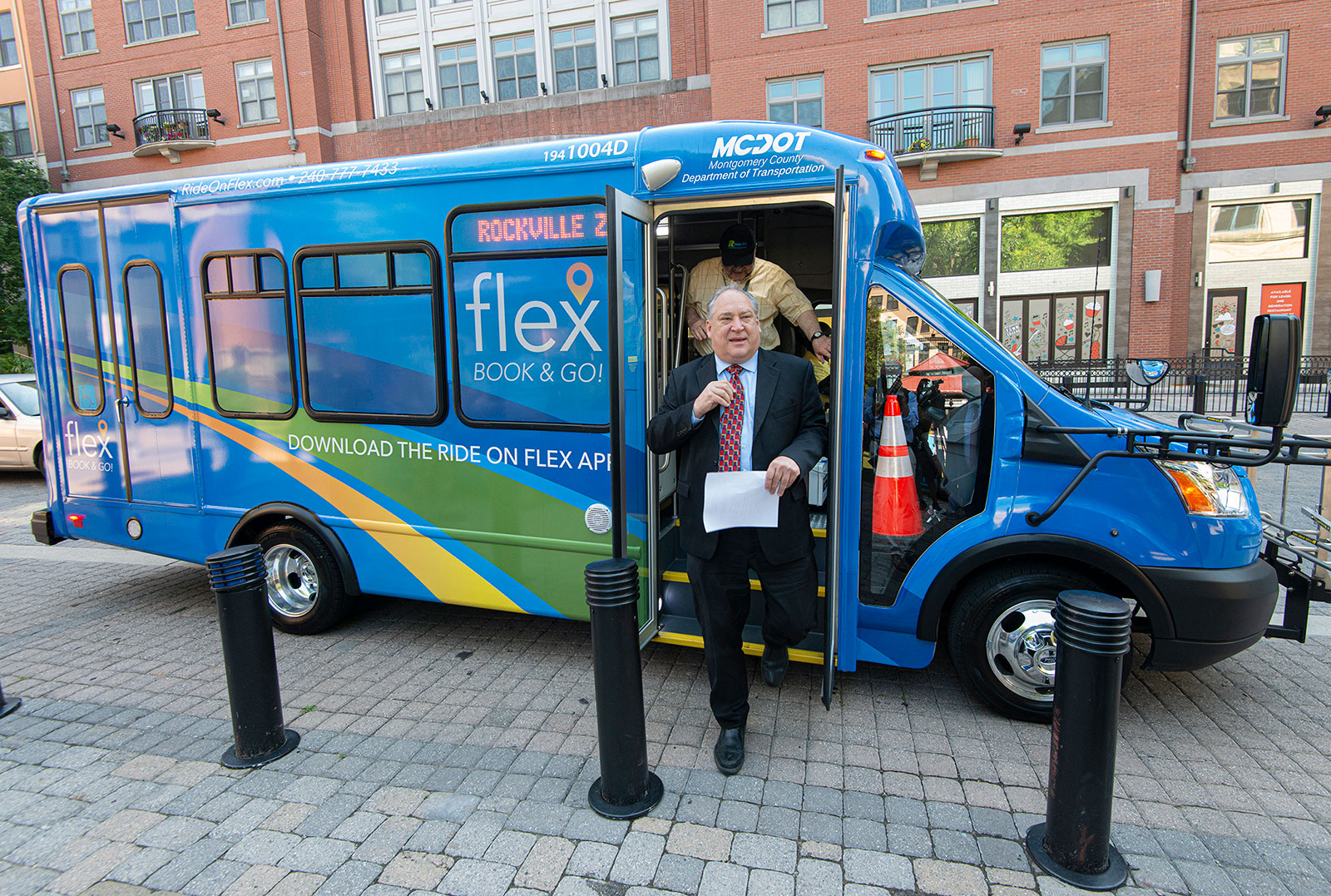 In order to filter by the "in queue" property, you need to add the Entityqueue: Queue relationship.
Instead of subsidizing Uber and Lyft, some counties are combining shuttle buses with smartphone apps to offer their own microtransit services

For communities, a bus line is a lifeline.

The problem is, as population density drops, the costs of running buses on fixed routes for fewer and fewer riders make it hard for transit systems to afford to continue providing service. But as technology evolves, precision, on-call service by smaller vehicles — microtransit — is becoming a viable alternative, though counties vary on how to provide that service.

Some, such as Pinellas County, Fla., subsidize the use of existing ride-share services including Uber and Lyft and was one of the earliest adopters of ride-share augmentation of transit systems. Newcomers are creating their own systems, and to different ends.

As pilot programs go, Gwinnett County, Ga.’s situation may be ideal. Its microtransit program — seven 12-person shuttle buses that respond to hails via smartphone app — exists in a vacuum, serving the city of Snellville, east of Atlanta. The city has never had transit service and is isolated, making microtransit the only game in town.

“If you’re doing a test case, it’s easier to control, rather than mixing with services on fixed (bus routes),” said Gwinnett County Transit Director Karen Winger. “If there were buses operating simultaneously, it would be hard to tell if the microtransit was cannibalizing rider numbers. We know the people we are carrying are purely generated from this pilot program.”

That data is crucial in evaluating the program and negotiating rates with technology vendors.

As Gwinnett County went through its transportation planning process a few years ago, transit, or lack thereof, kept coming up.

“Around Atlanta, it’s a little harder to get transit to stick,” Winger said. “But we’re seeing a need that microtransit is meeting. During the pilot, we were carrying about 300 people a day. There’s no way we would have come close to those numbers if we ran a fixed bus route through the middle of the core of Snellville.”

Montgomery County, Md.’s Ride On Flex program has operated in a different environment since debuting in June 2019 with corner-to-corner service through a system developed by the company Via. A suburb of Washington, D.C., Montgomery County has a robust rail and bus system, but in addition to providing transit services for people who don’t drive, the one of two Flex zones aims to alleviate congestion around rush hour, one single-passenger vehicle at a time.

“We’re seeing a gradual growth in ridership – summer was a good time to start this off because it’s a little slower, we could work through the kinks, get operators adjusted,” said Dan Hibbert, division chief for Montgomery County’s transit services. “My goal is to get people on transit as a viable alternative to driving.”

(Please) fence me in

Key to these programs’ viability is the geographic restrictions.

Passenger Transport puts it bluntly: “The more closely you try to meet customers’ expectations of a personalized experience, the more costs will rise. Basically, an agency is (looking for) a sweet spot between a taxi service and traditional public transit.”

It’s something Hibbert is already having to push back on, just two months into Montgomery County’s program.

“Council members want a zone in their district, and people want the zones to be larger,” he said. “We can’t do that if we want to control costs.”

But the zones can also be mission-driven. Winger adjusted Gwinnett County’s service zone to include facilities for the Exceptional Foundation, which works with adults with developmental disabilities.

“They’re able to get around to volunteer work, like the nursing home where they serve as companions. I’m not sure that would have been feasible in a system we didn’t have control over,” she said.

Why are these counties building their own microtransit systems, rather than subsidizing the use of existing Uber and Lyft networks?

Both Gwinnett and Montgomery counties own the vehicles and employ the drivers. Their buses have cameras on board and are equipped for wheelchair lifts.

“We’ll distribute service on a more equitable plane than Uber,” Winger said. “Uber is for-profit, and their business model requires volume. A trip with a lift takes more time, and that means fewer trips can be made and they make less money. We’re trying to serve as many people as we can, regardless of their mobility challenges.”

Control over the experience is big for Hibbert.

“We feel comfortable that the customer service that we will provide will be what we’re looking for, for our citizens,” he said. “Unlike Lyft and Uber, we  control that. We know that we can provide a service with tax dollars that’s the highest level that we can.”

The ease of using the same farecard for Flex as the D.C. area’s Metro rail and bus system is also a plus.

“It’s simple and straightforward,” Hibbert said. “A $2 fare gets you anywhere in the zone.”

Winger said at the program’s core, it is a government service, even though it is operating in the same sphere as a rapidly-growing part of the private sector.

“This is crucial to, for example, people who fall into the ‘dialysis donut hole,’” she said. “They are dependent on dialysis but not destitute enough for Medicaid to pay for their transportation. They’d end up paying on their own, and for an Uber or Lyft, that could be $20-$30 a trip. For these people, that’s money back in their pockets.”

Data collection is also a major benefit for the county operating the system. A report by the Shared Use Mobility Center pointed out a lack of data sharing by Uber has made it difficult for Pinellas County to evaluate its Direct Connect program.

Following its six-month pilot, Gwinnett County is shopping for a software vendor among several candidates. Technology company TransLoc donated use of its software during the pilot.

Winger hopes to launch a permanent program in early 2020. Then, she wants to connect it to other transit systems.

“Once the service connects to the rest of the network, our drivers are going to understand what the local bus connections are,” she said. “They’ll understand the network and we’ll get better service.”

Because technology develops and adapts so quickly, Winger is hesitant to put too much in stone. And she knows what her “white whale” looks like.

“Even during the pilot, the technology was evolving and outpacing what we had planned,” she said. “I’m trying to look ahead and see how this kind of service interacts with a fixed route in a way that someone can trip-plan seamlessly across all modes.”

Hibbert said that even after two months of the Flex program, he was seeing good feedback.

Although its evaluation would include measures like average trip length, passengers per hour and wait times, “we’re also looking at metrics like customer satisfaction, how many people download the application, growth rate of downloads,” he said.

“We think transit is the fabric of our community and however we can provide it with our resources to be effective, we want to do that.”