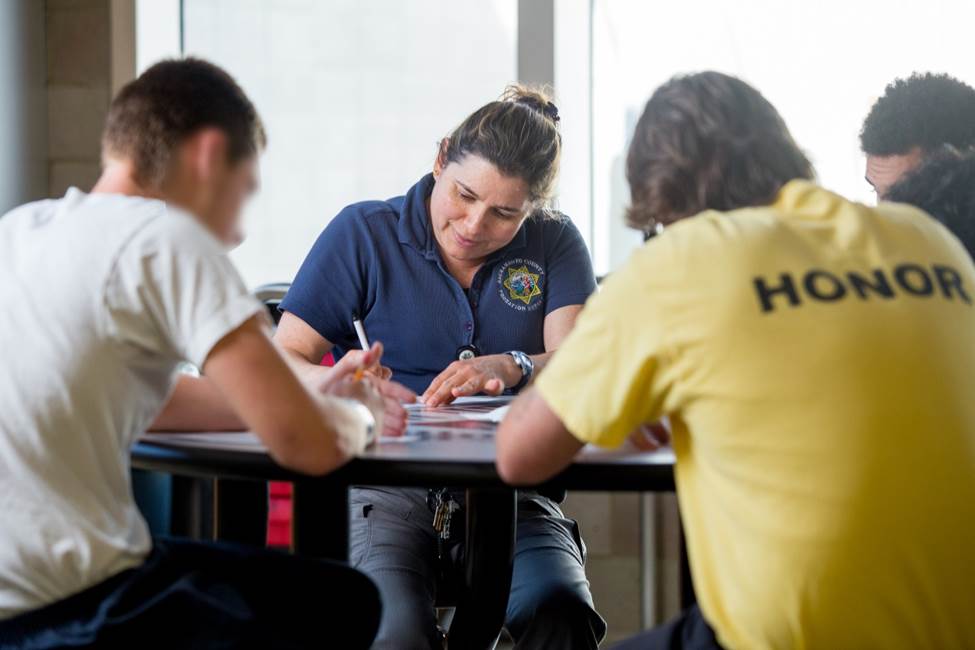 A realignment of juvenile justice services in California is giving counties an added responsibility on a short timeline.

California Gov. Gavin Newsom (D) signed a bill at the end of September to close the Department of Juvenile Justice (DJJ) and youth prisons, shifting the responsibility of all justice-involved youth to counties.

The bill aims to keep youths closer to their families to lower recidivism rates and create an easier transition into the community. This issue has been on the table for months with Newsom announcing last May that he would work to remove the DJJ from the California Department of Corrections and Rehabilitation.

Josh Gauger, a legislative representative with the California State Association of Counties (CSAC), said counties experienced the first realignment round several years ago, when they saw a shifting of responsibility of lower-level youth offenders to the county level.

Counties have since been responsible for around 90 percent of youth in the juvenile justice system. With the recently approved legislation, approximately 800 youth who are higher-level offenders will now be under the county’s watch.

“For counties, this is going to mean needing to expand our placement and treatment options at the local level as it relates to the higher-needs population,” Gauger said.

CSAC has had a policy position that calls for the need to maintain a state-level juvenile system.

The association partnered with the governor’s administration to try to revise the original reallocation proposal to include key protections for counties, specifically on funding and the implementation date.

Counties will receive a Juvenile Justice Realignment Block Grant to provide county-based custody, care and supervision of youth who are realigned from DJJ. According to Gauger, this includes $225,000 per youth. However, he said the way the bill proposes to allocate this funding is concerning.

The bill sets aside $225,000 per youth at the statewide level, but then allocates funding to counties based off of a formula where 30 percent of those funds goes to counties based on how many youth each county previously sent to the state level, he said. Additionally, 50 percent of the funds would be based on how many youth were adjudicated for higher-level crimes, but already held locally.

“When you’re talking about a realignment, of asking counties to serve a high-needs population locally that was previously going to the state, it becomes extremely important to make sure that you’re properly resourcing those counties,” Gauger said.

County probation departments will bear the brunt of the responsibility to provide services for high-risk, justice-involved youth.

Karen Pank, executive director of the Chief Probation Officers of California, said probation departments will be finding ways to incorporate and build off successful programs that are currently operating and serving youth with significant needs in other counties.

“It’s a big step, an historic step, but probation departments around the state I believe are up for the challenge,” she said.

Pank said the reallocation does not come without challenges, specifically the short timeline and funding formula.

“We certainly don’t want to see justice by geography become a problem… but the funding formula doesn’t really set up to help with that unfortunately,” she said.

Counties that are already keeping higher-level offenders in their systems will likely consider collaboration options with other counties that may not have programs to meet these needs, Pank explained.

“It’s really the strength of counties — our ability to collaborate to resolve really tough issues,” she said.

Despite the challenges, Pank said county probation departments do not want to see a lack of confidence in this new system that results in more youth being transferred to adult prisons.

“We kind of have to build the airplane in mid-flight and so we will be doing that again,” Pank said. “We’ve usually been very successful in the outcome so we’re hopeful for that result here as well.”

In El Dorado County, which is considered a rural county, Richart said there is an average of two youth from the county in the state DJJ. However, he explained one year, four individuals were in custody simultaneously.

“That’s obviously a bubble… but the idea of dealing with a bubble like that without a DJJ takes on a whole different construct because we won’t have the resources to be able to build up a program locally that will just handle our DJJ cases,” he said.

El Dorado County is looking for solutions to meet the July 1 transition date including becoming a regionalized program to provide for youth from other counties or contract services from another county and move youth to those locations.

The county is also in the process of building a new detention facility, and may be able to incorporate these new needs into the construction, Richart said.

Richart said the timeline “puts a lot of pressure on counties.”

“Usually you would have a couple of years to figure out the program components, the resources, the distribution of revenues… all of those things take specialized treatment and specialized programming and if we don’t have that, you need to create it,” he said.

“I think it would be helpful for people to think about when you’re doing this, when you’re closing down resources, you need to do that very thoughtfully and I think that a lot remains to be seen as to whether this legislation was created thoughtfully enough,” he added.