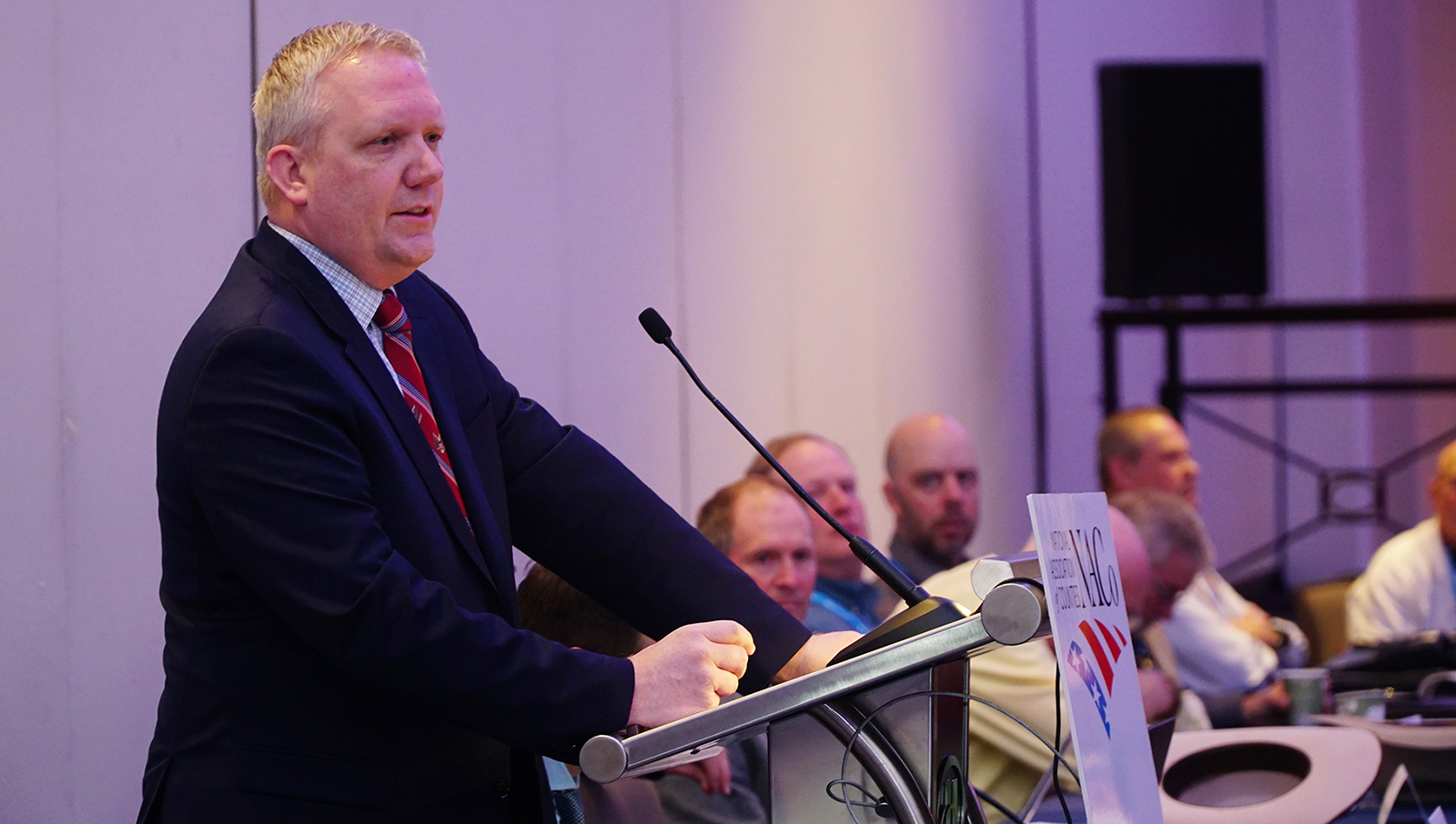 In order to filter by the "in queue" property, you need to add the Entityqueue: Queue relationship.
BLM Deputy Director Brian Steed updated the Public Lands Committee on improved efficiencies and the looming Department of Interior reorganization

The Bureau of Land Management is continuing its efforts to update its operations, streamline processes and possibly reorganize how it regionalizes the country.

Brian Steed, BLM’s deputy director for policy and programs who exercises the authority of the director, offered general observations about that process to the Public Lands Steering Committee.

“We’ve been working very hard to be more responsive to counties and local government,” he said.

The BLM is reviewing its grazing policies, in part because a court ruling that protects the sage grouse interferes with current regulations. Steed thinks grazing could be a tool in removing invasive species and fuel for wildfires. On the other side, wild horses continue to overgraze large parts of the interior West. The BLM counted roughly 83,000 horses in 2018 before that year’s foals were born, which Steed said upped estimates to 100,000.

“Those horses are above carrying capacity on the lands,” Steed said. “I can take you places in Nevada where you can find areas eaten down to the ground. We’re losing soil, native species and springs,” and they cost up to $5 a day to feed.

The BLM has undertaken a review of 2015 sage grouse plan after some states were upset with the process, even though they liked the outcome. The draft plan for Wyoming, Colorado, Utah, Oregon, Nevada and California and the records of decision would likely be released in March.

The BLM is also working to get the authorities to streamline the timber production process.

“We produce more forest than we harvest,” Steed said.

A year after the Department of Interior’s watershed-based reorganization was struck down, the department continues to figure out how it will regionalize. Steed said that the state director system will be retained, based on public feedback.

“This is a bigger issue for the Park Service, Fish and Wildlife and Bureau of Reclamation,” he added.