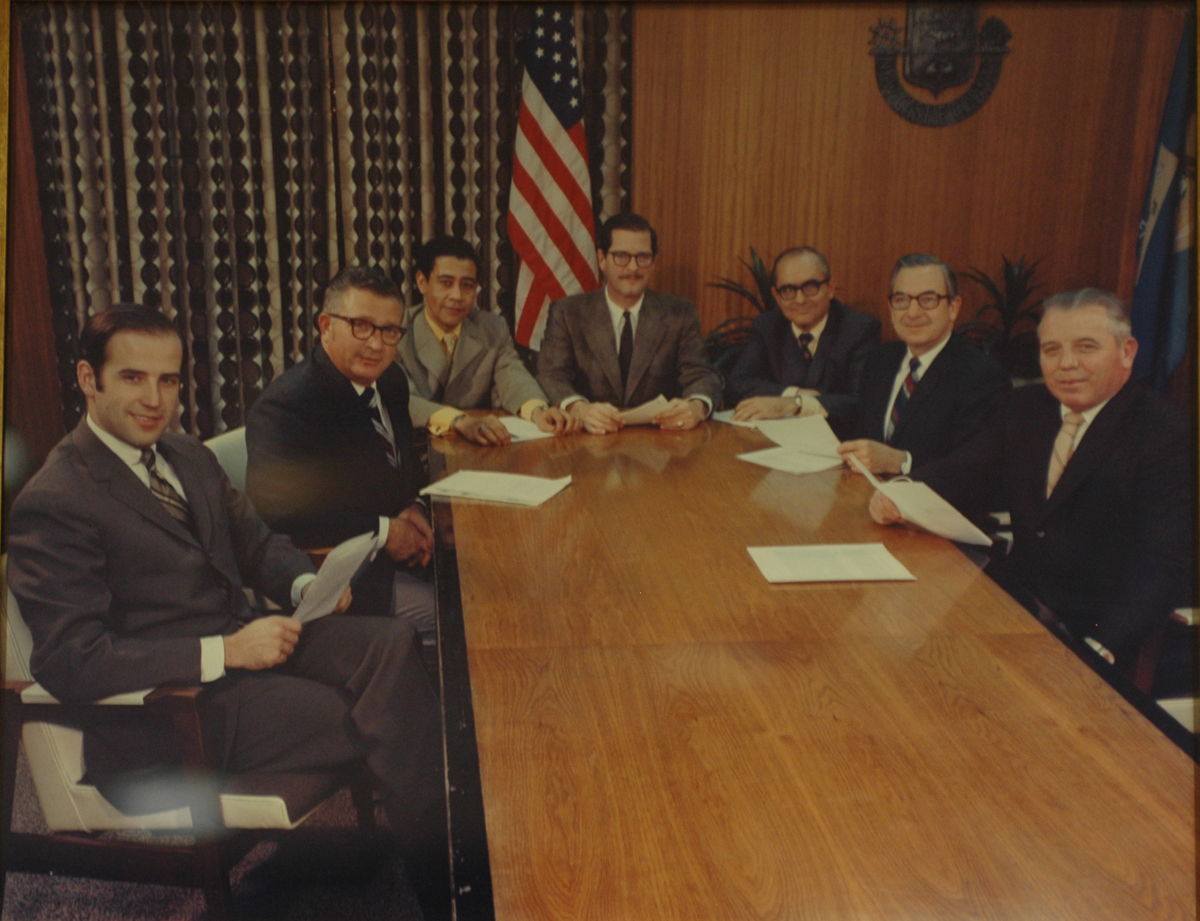 In order to filter by the "in queue" property, you need to add the Entityqueue: Queue relationship.
Joe Biden and Kamala Harris come into the White House with the most county government experience in decades, carrying resumes that include years on the New Castle County, Del. Council and the Alameda and San Francisco counties' district attorneys' offices

President Joe Biden and Vice President Kamala Harris are one of a few president and vice president duos to both have backgrounds in county government.

Biden and Harris both started their careers in public service as elected county officials working on the local level prior to their new roles as President and Vice President of the United States.

Harris started her career working as the deputy district attorney at the Alameda County, Calif. District Attorney’s Office where she worked for eight years.

Harris later served two terms in 2003 as district attorney for the City and County of San Francisco. During her time as district attorney, she started a program to give first-time drug offenders a chance to earn a high school diploma and find employment.

Her career then led her to serve as attorney general of California before joining the U.S. Senate in 2017.

In 1970, 27-year-old Biden was first elected to public office as the New Castle County, Del. Council Member for the 4th District.

He served on the council for two years before making a bid to run for the U.S. Senate where he was elected as the sixth-youngest U.S. Senator in the country’s history. He held this position for 36 years.

Current New Castle County Executive Matt Meyer recalled a story during the December NACo Board of Directors meeting that Biden had told him about his time as council member when a constituent insisted a dead animal immediately be removed from her street. Biden arrived in a pickup truck and removed the animal himself that night.

“We’re so fortunate to have a president-elect who understands what it is like to stand in our shoes as county officials,” Meyer said.

During the same meeting, Biden recalled his county experience and emphasized the difficult positions county officials are often put into and the public’s lack of understanding about the role of local governments.

“I’d knock on the door as a 26-year-old kid when I started and say ‘Hello, my name is Joe Biden, candidate for the county council.’ They’d look at me and I know they were wondering — What the hell does a county Council do?” he said.

“You’re also the basis upon which people have faith or don’t have faith in government,” he said. “It’s all local.”

The resolution highlights Biden’s accomplishments as council member including fighting against a 10-lane highway project that threatened to pave over Wilmington’s neighborhoods, pushing back on oil companies building refineries on the Delaware coast, and approving plans for housing developments, commercial real estate, street lights, sanitary sewers and a storm water management system.

Biden’s other legislative accomplishments as a county council member include calling for the reorganization of the Department of Public Works, creating a countywide property tax exemption for residents over the age of 65 and eliminating rodents in the New Castle Correction Institute.

Durham said throughout Delaware, Biden is often referred to as “Joe” and has a familiar presence around town.

“We are all in Delaware very excited obviously to have the next president coming from Delaware and from New Castle County,” she said.

“It’s definitely something that can show how to get a start in this political arena and give hope to anyone that they can aspire to their dreams, whatever those might be,” she said.