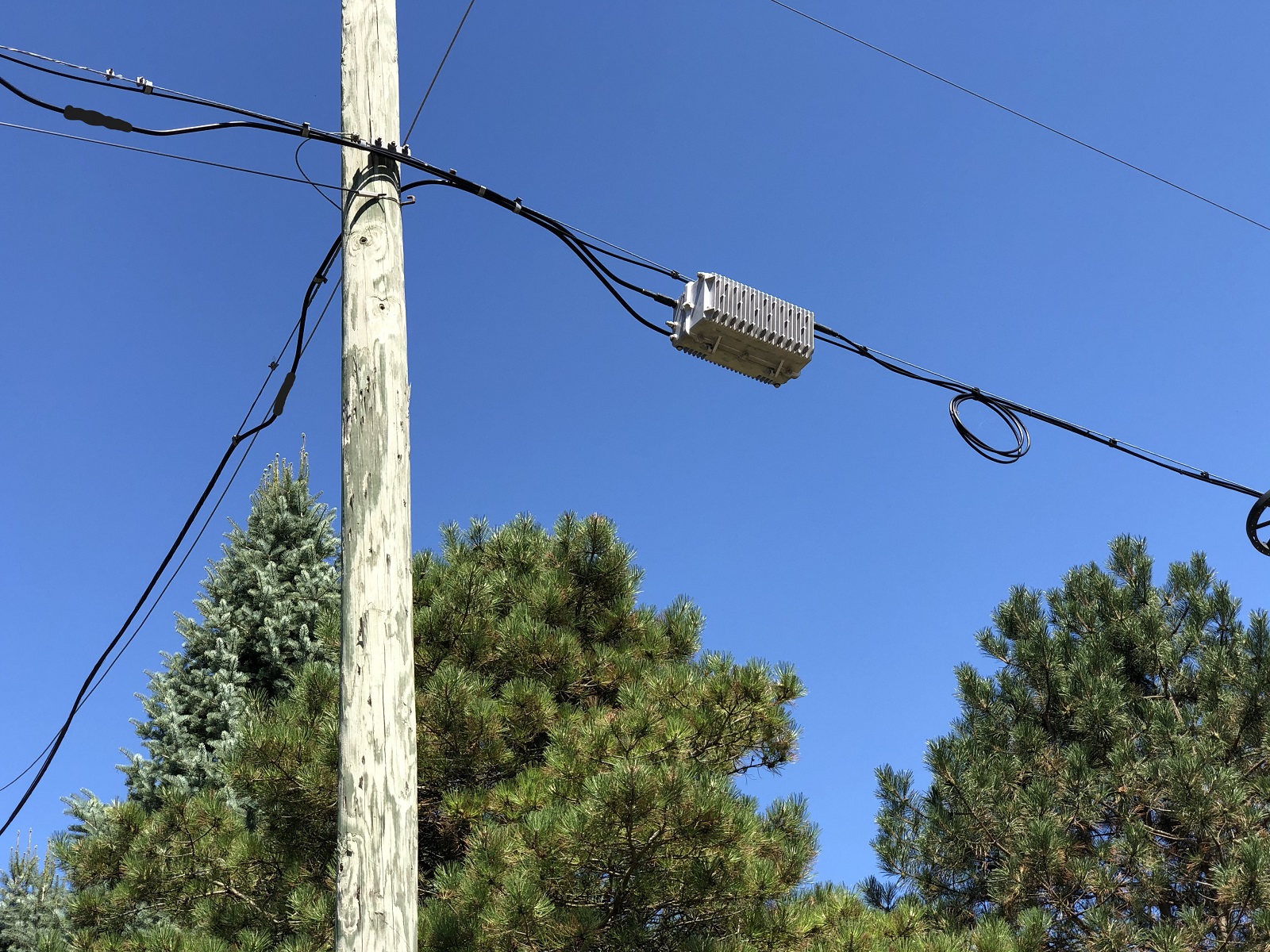 As it gears up to meet a goal of full broadband connectivity by 2025, Washtenaw County, Mich. has launched a digital map that tracks its progress, thanks to American Rescue Plan Act dollars and general county funds.

Lack of broadband is a huge detriment to any county and its residents, particularly in the sectors of education, healthcare, employment and business development, said Washtenaw County Commissioner Jason Maciejewski.

“This goes way beyond simply trying to stream movies and music online — these are really things that impact people’s everyday lives, their ability to get broadband level internet service,” Maciejewski said.

The county contracted with DCS Technology Design to tackle rural broadband in its gap-filling effort. Chris Scharrer, CEO of DCS, drove to each house in the county’s 15 townships that had been identified as not fully serviced to create an accurate map that determined the scope of what needed to be done for the county and could be updated in real time for its residents.

“We developed a map that identified more than 8,000 homes that were without any connectivity, any access at all,” Scharrer said. “That actually started when the pandemic hit — we were out driving, just when things were starting to get locked down, and kids were being sent home from school. It became apparent that the work we were doing was extremely important.

“The best part about that map is that it’s interactive, it’s tied to our construction management system and as things progress, we can continue to update it in real time from the field while we’re out there inspecting new build and when we work with the ISPs [internet service provider] to update schedules. It’s all interconnected.”

A similar initiative was created on a larger scale by the Michigan Economic Development Corporation (MEDC) to have the state physically mapped for infrastructure. According to Scharrer, the results of that are expected to come out early next year.

Prior to the creation of their map, five years ago, the county put together a broadband subcommittee, which led to Maciejewski authoring a resolution in 2019 to create a broadband taskforce to achieve the goals outlined in the subcommittee’s report. The task force is made up of county residents and two commissioners, Maciejewski and Shannon Beeman.

Barbara Fuller, chair of the Washtenaw County Broadband Task Force, said she became invested in the county’s broadband issue when she heard that some students were unable to use their iPads and Chromebooks.

The laptops, which were gifted to the Manchester School District, were useless to the students because of a lack of broadband.

That inspired Fuller to do something about what she sees as education inequality between children who live in urban and rural areas. She said she believes the task force was effective because of its level of involvement and input from members of the community.

“There are other efforts that launch and they’re full of energy and people are off to the races on it and then it kind of fizzles because there isn’t a community commitment to follow it through, but we had people on the task force representing the areas that needed it,” Fuller said. “We had people who live here saying, ‘Hey, what about my kids?’ Or ‘My grandchildren won’t come, because they can’t do their homework when they visit me.’ And so, we had a real outcry that somehow we kept stoked along this whole process.”

In September 2021, the county’s Board of Commissioners devoted nearly $15 million of its $72 million in funds from the American Rescue Plan Act to broadband and digital infrastructure. Funds from the Federal Communication Commission’s Rural Digital Opportunity Grant have also gone toward increasing connectivity in Washtenaw.

Because the more urban parts of the county don’t have significant broadband issues — most notably Ann Arbor — Fuller and Maciejewski both spoke to how difficult it was to push through broadband funding on a large scale until ARPA was passed.

“I think one of the misconceptions was that it was exclusively a western county benefit, which isn’t the case,” Maciejewski said.

“It actually benefits people who live across just about every township in our county — eastern, central, western —and somewhat equally, it’s not even a skewed dynamic, where one part of the county benefits over another, so overcoming the misperception that it was just the western rural townships was a big obstacle.

“It helped that we had American Rescue Plan Act dollars that we could build a package around and include broadband as a piece of the package, so that the city of Ann Arbor, which is covered by broadband level already and contains the single largest municipal population in the county, would have things in that package that would be a benefit for them that were maybe more human services related.”

Maciejewski attributes the county’s success to approaching the broadband issue in a proactive way, having a task force and a plan ready before having the funding to implement it, as opposed to being given funding and then having to decide what to do with it.

“We figured out how to make it happen, and then we went looking for the funding and I think that a lot of times in government circles, that’s not how things happen,” Maciejewski said.

“There are a lot of communities out there with ARPA money right now that have no idea what to do with it, no idea how to be effective with it. We had this broadband project ready to go––we knew how to be efficient and took advantage of the opportunity.”

The task force will dissolve next month because it’s achieved its goals with funding and its projected timeline, according to Fuller. Moving forward, Scharrer said that DCS Technology Design is involved in numerous rural broadband county efforts across the state with similar online tools for consumer information and project tracking. Leelanau, Berrien and Van Buren counties are the farthest along with their broadband build-outs, after Washtenaw.

“It’s finding all of those little gaps and making sure that we have a mechanism in place, and some of it will be just negotiating with the local ISP [internet service provider] to fill in those gaps, because they might already be down the street, while other ones are going to require much bigger efforts that could be bringing in new internet service providers,” Scharrer said.

“The one thing we’re trying to avoid as much as possible is any overbuilding of service providers right now, trying to kind of draw the boundaries where they make sense, based on what’s available to that area, so that we get as much mileage out of the funding that’s coming as we can.”

As other counties embark on similar efforts, Maciejewski said he views the way different entities in Washtenaw County banded together to combat its lack of connectivity as an example of something that can and should be mimicked in other counties across the country, both with broadband and other issues.

“To have everybody work in a collaborative way to get this done — we had township leaders, citizens, county officials, internet service providers all at the same table, working through issues on a monthly basis,” Maciejewski said.

“I think what we did is really a model for how to bring together these disparate stakeholders and rally around something and actually get it done.”